Oscarland shows buildings of the Brazilian architect Oscar Niemeyer in Brasilia, Niteroi, São Paulo and Belo Horizonte. The style of Niemeyers architecture is modernistic, utopian and futuristic. With his work Niemeyer defined the looks of Brazilian cities. This is best visible in Brasilia, an utopian city which was built from scratch on a deserted plateau at the end of the 50’s.
In Oscarland Niemeyer's buildings are captured in Polaroid photos. The development of the Polaroids was filmed on video. In doing so Oscarland is a work about becoming; present, past and future blend together. Form and content affect each other in the work. The video reflects on the confidence in the future of the past: Polaroids, an invention from the year 1949, were as futuristic as the buildings from Niemeyer at the time.  To emphasise the science fiction aspect all situations are filmed without people present. As if the buildings just landed out of space. 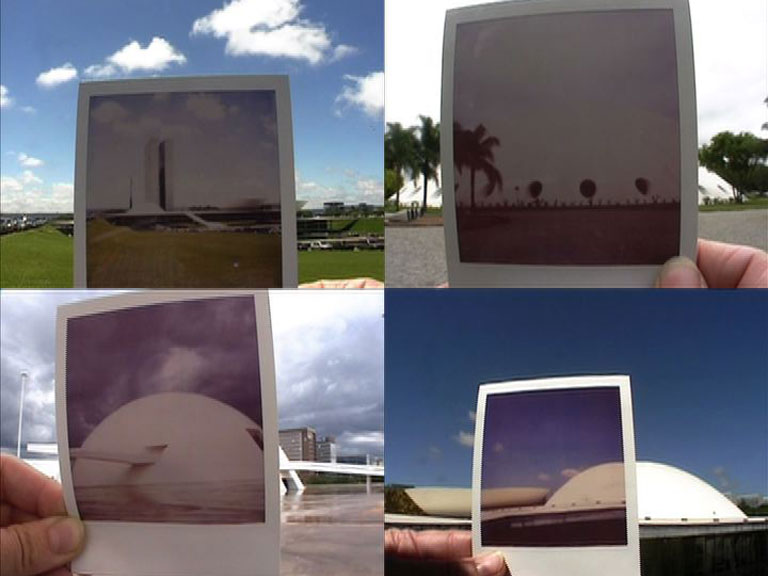 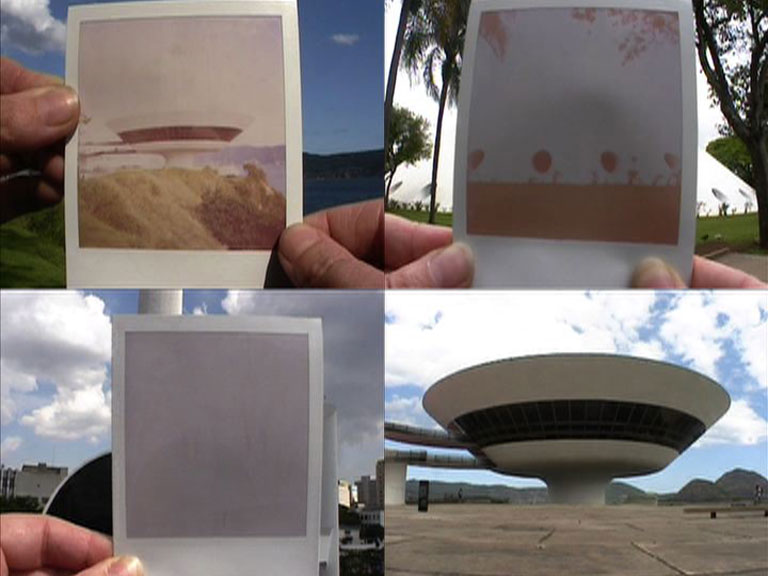 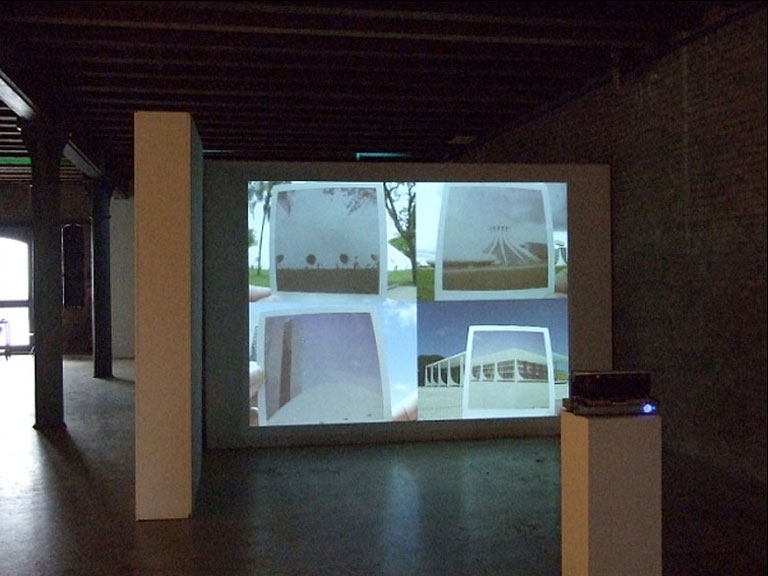 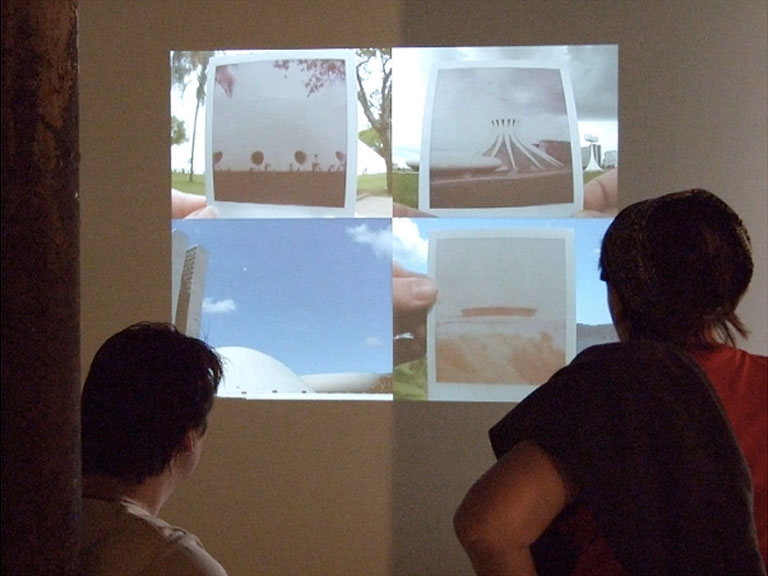