Recycling thin plastic bags from Belgrade. I've been weaving Color Bar during five days at BELEF festival 2007.  While working with these colorful bags in public space, in the park near the Military museum, I had many conversations with people passing by, helped with translations from the Serbian assistants. We talked about plastic in the broadest sense of the word: from plastic polluting the environment till commercial television in public space. The interaction with the audience was part of the piece at the festival.
I was invited to BELEF thanks to the residency Belgrade Correspondent at the REX in summer 2005. I collected the plastic bags back then, and again in spring 2006 when I was in Belgrade for a video workshop, and took the bags to the Netherlands. Summer 2007 I returned them all to Belgrade. Together with the bags the festival collected during some months, I made Color Bar. The work contains an estimated 800 bags. 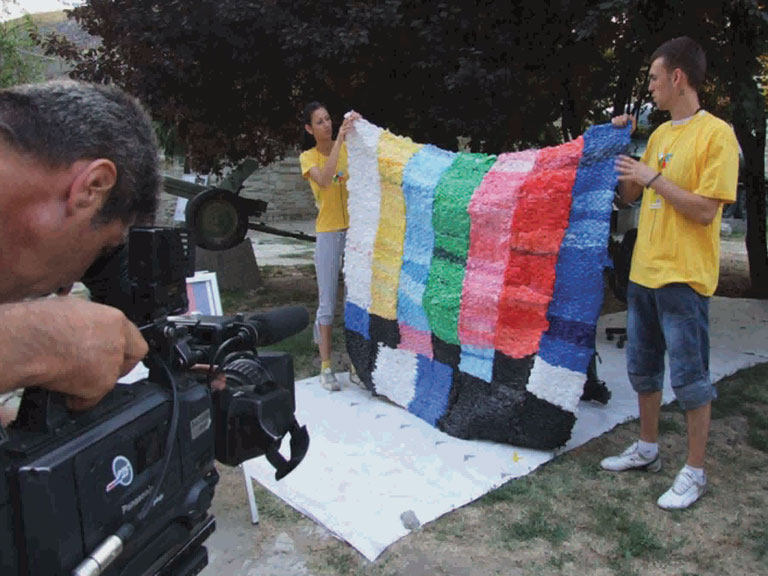 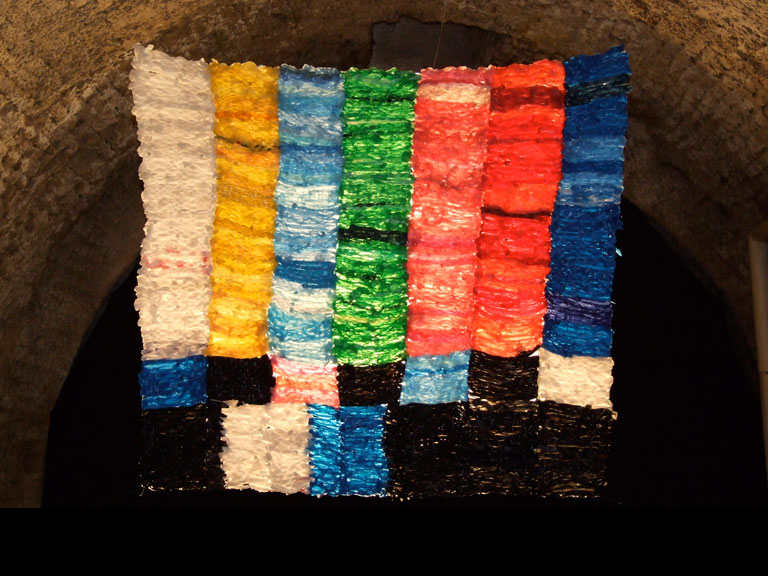 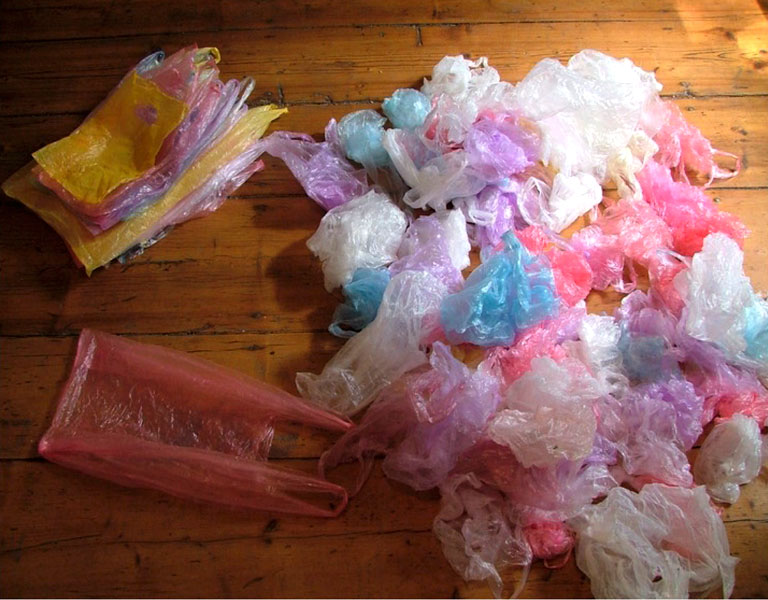 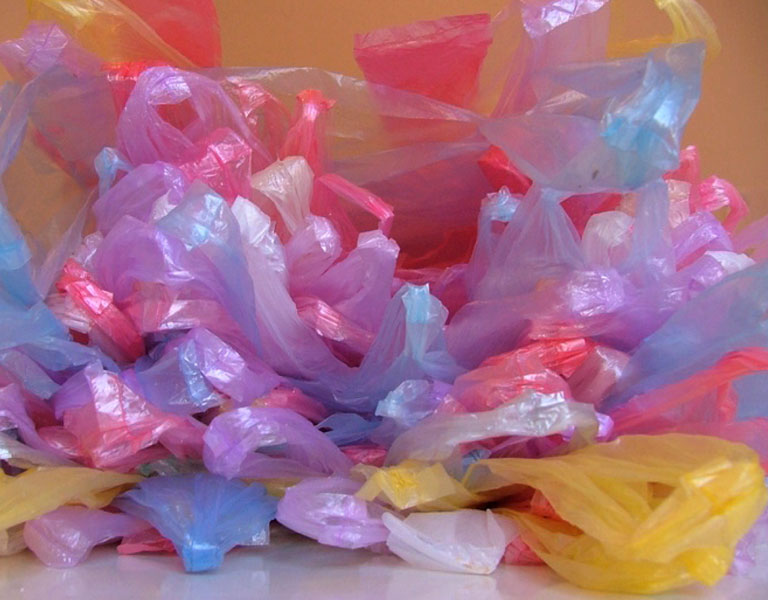 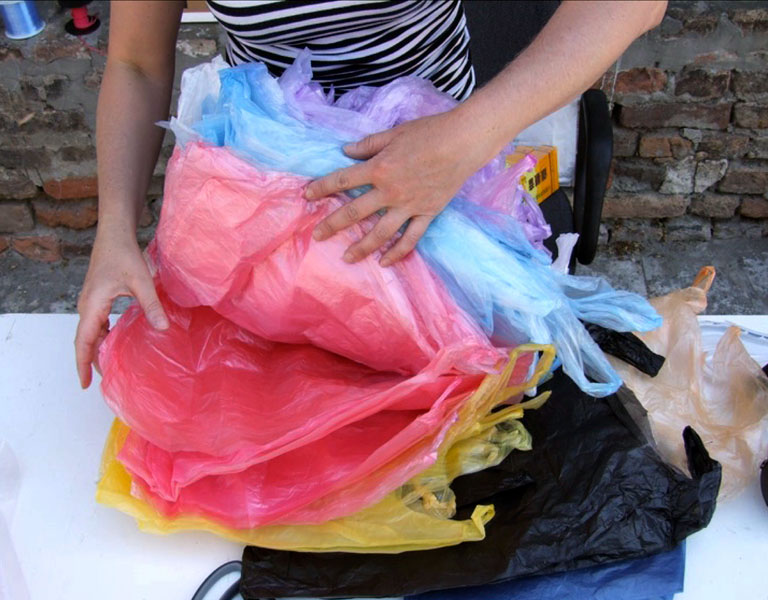 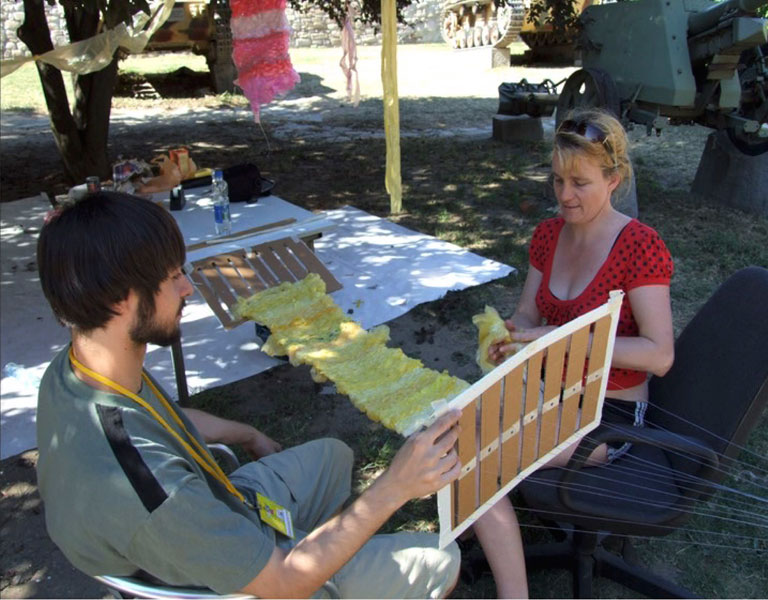 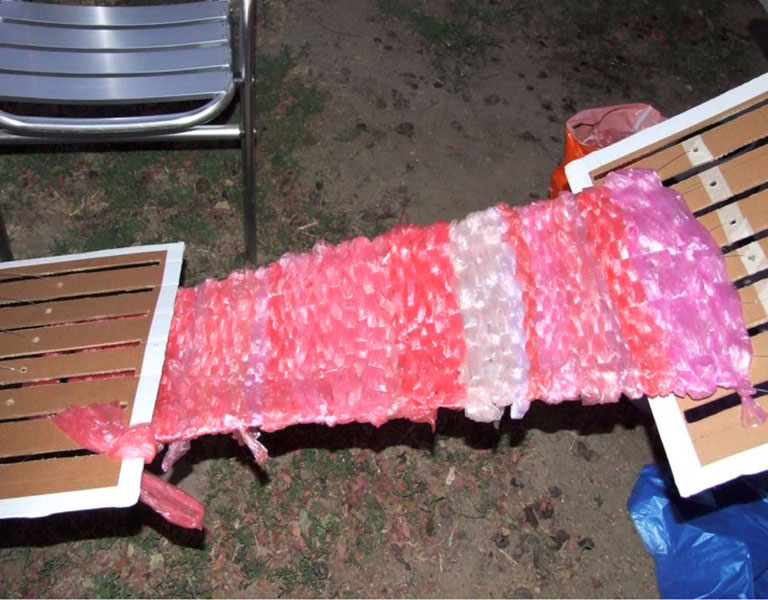 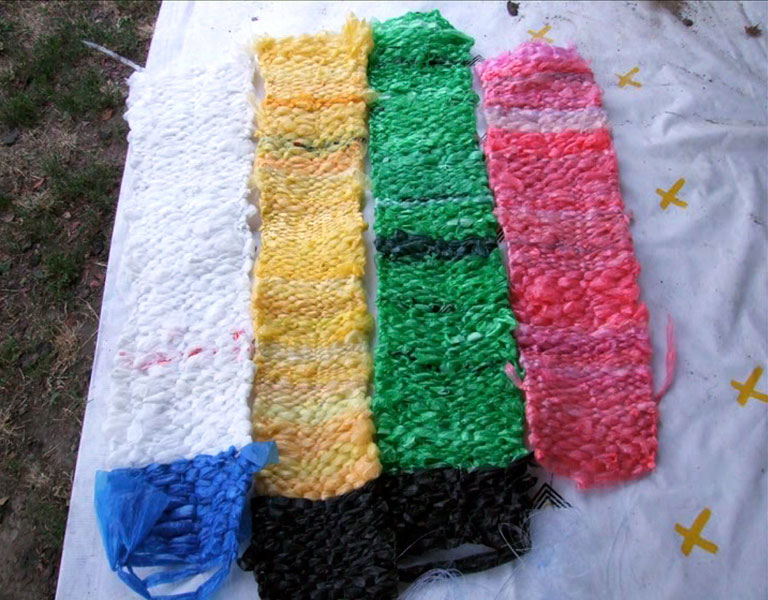