Scraping was filmed at Tienanmen square in Beijing shortly before the start of the Olympic Games. The video shows a small army of Chinese working at the square. The workers remove chewing gum and other dirt.

Scraping was nominated for an Award at The One Minutes Award Night 2008 in Paradiso, Amsterdam by jury member Mieke Bernink of the Filmacademy, and at The Belgian Open 2009 in Cinema Sphinx, Ghent. The video is part of four DVDs of The One Minutes Foundation, was distributed by the Filmbank in Amsterdam and has been published on this blogspot. 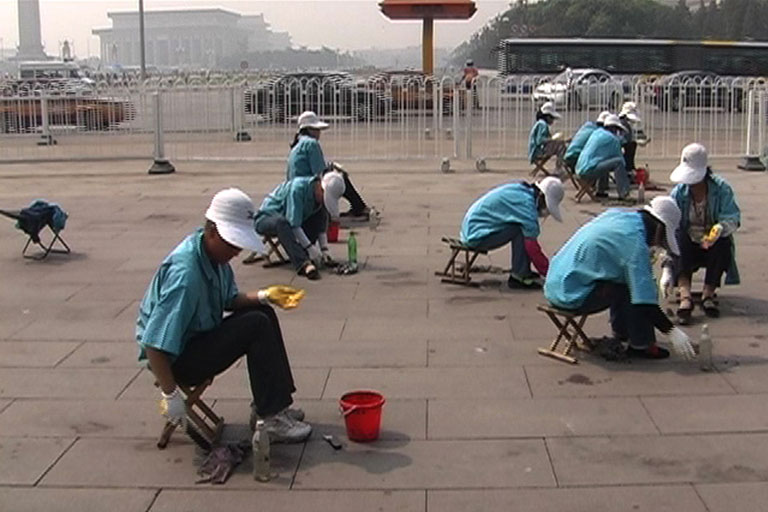 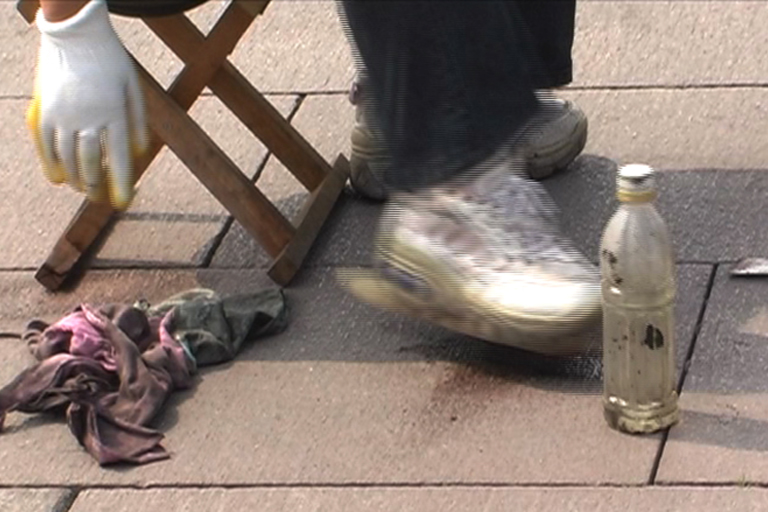