The project was part of my artist-in-residence at el puente_lab and was made possible by generous support of Mondriaan Fonds. More information on my blog.

Escalera is a high staircase without a building. The tower is also a comment on the 'verticality' in Medellín, where space is scarce because of its location in the Aburrá valley. For the design of the work I got inspired by the staircases outside many houses in Medellín, very typical for the city. The tower is made of guadua, a Colombian variety of bamboo. The installation is built from guadua (Colombian bamboo). In Escalera the public has the opportunity to look out over the highways and the polluted river. Absurd: the tower as an anti-monument for the river. The audience can also descend to a platform next to the river.
he words in the top of the work, AHORA (now) and AQUI (here), are a call to the people and refer to the inaccessibility of the river and its neglected banks, and the fact that the river is a barrier cutting the heart of the city.
Escalera connected with the interest of the artist's collective el puente_lab to activate the space of the highly polluted river Medellín as a cultural space. The idea was that the new work would function as a cultural meeting place that could, so to speak, give the soul back to the river.
Escalera is featured in the book 15 años el puente_lab, Laboratorio de activación cultural (2017). 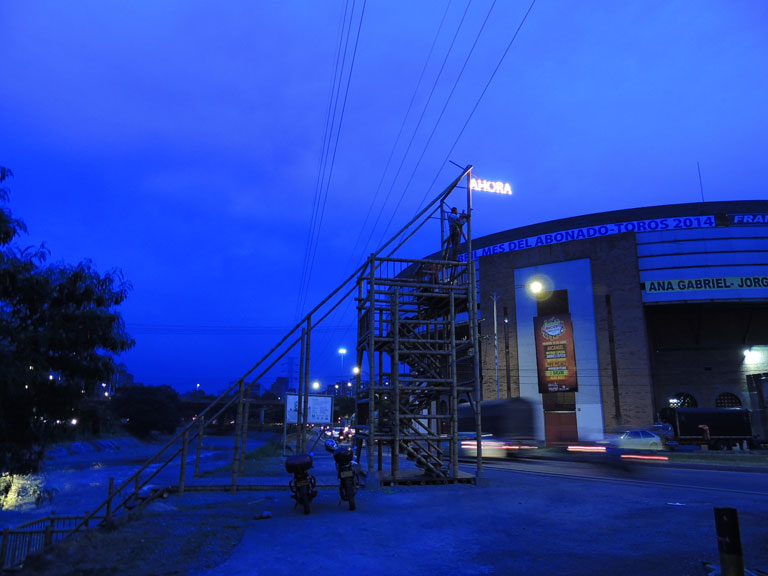 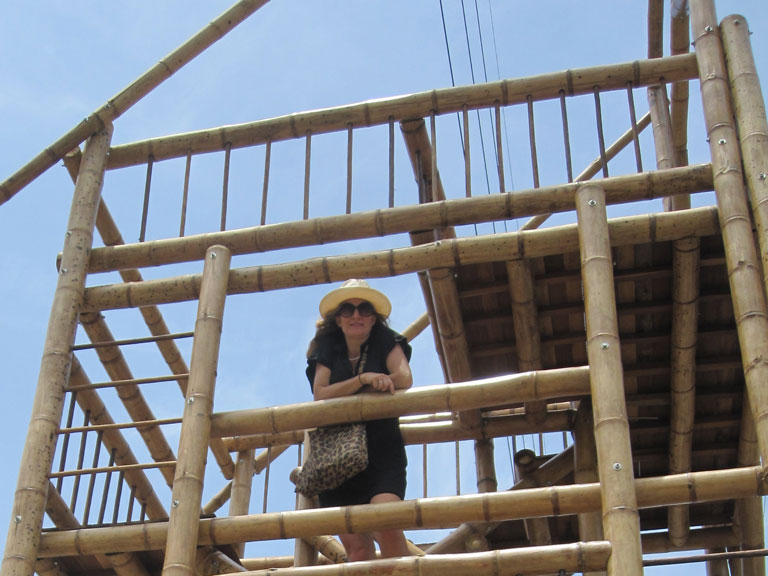 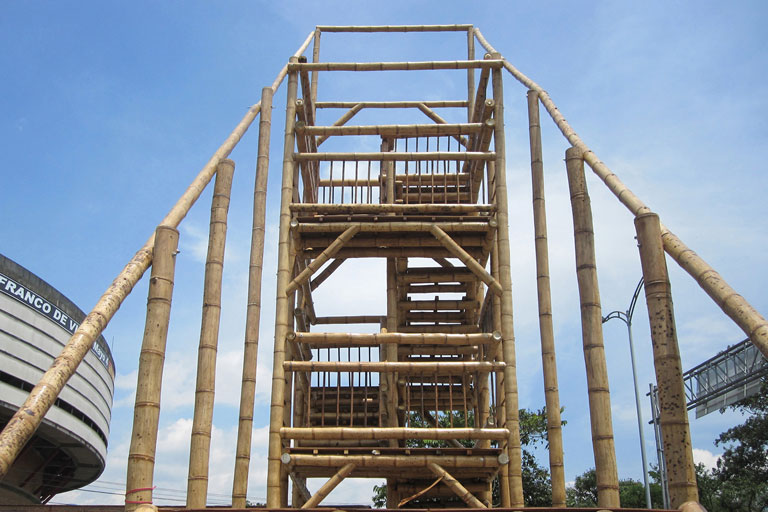 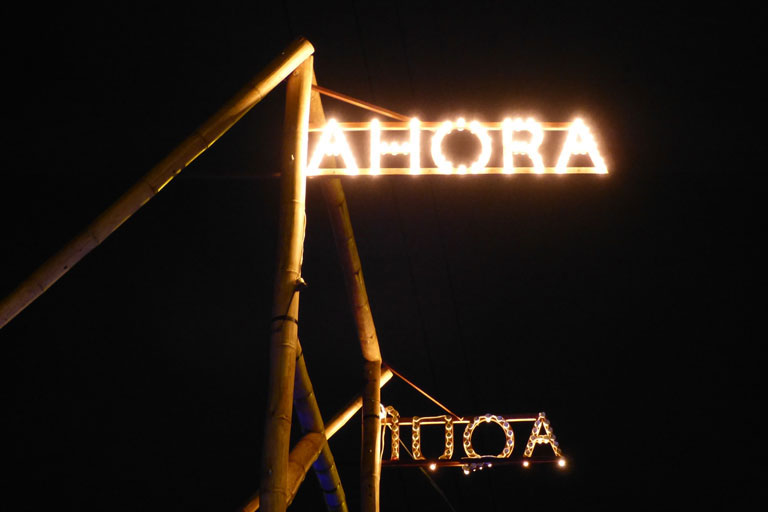 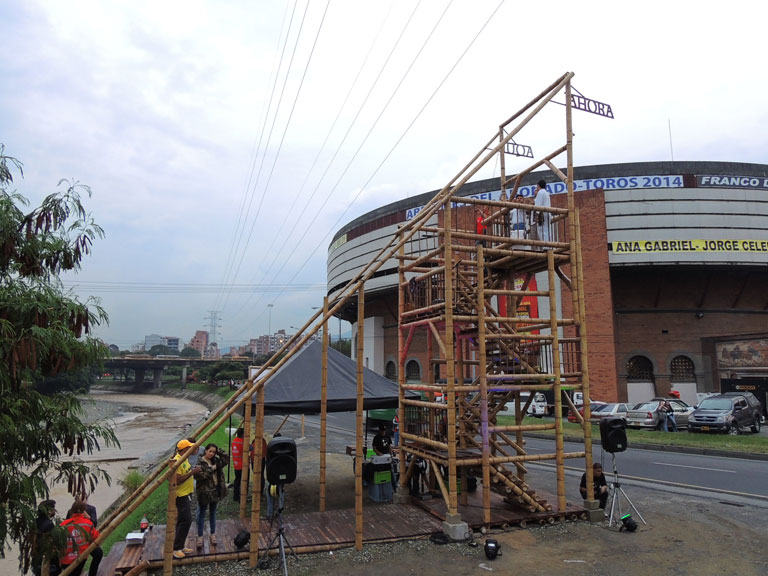 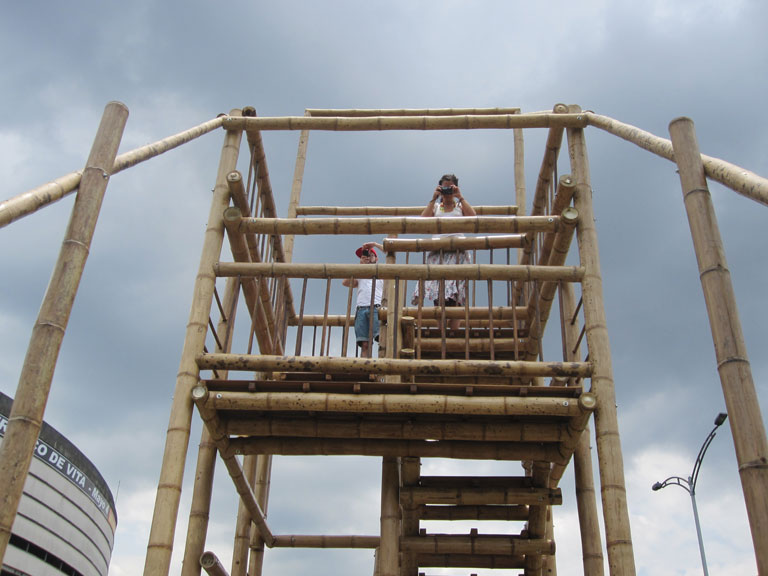 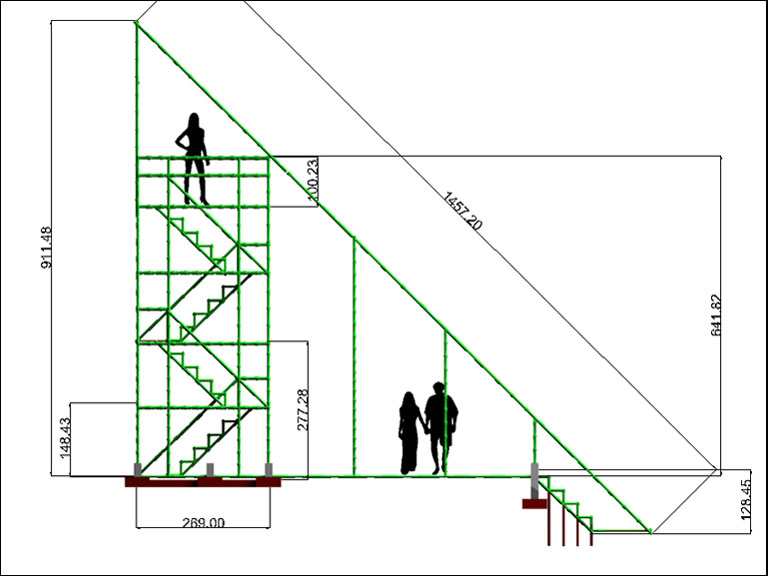 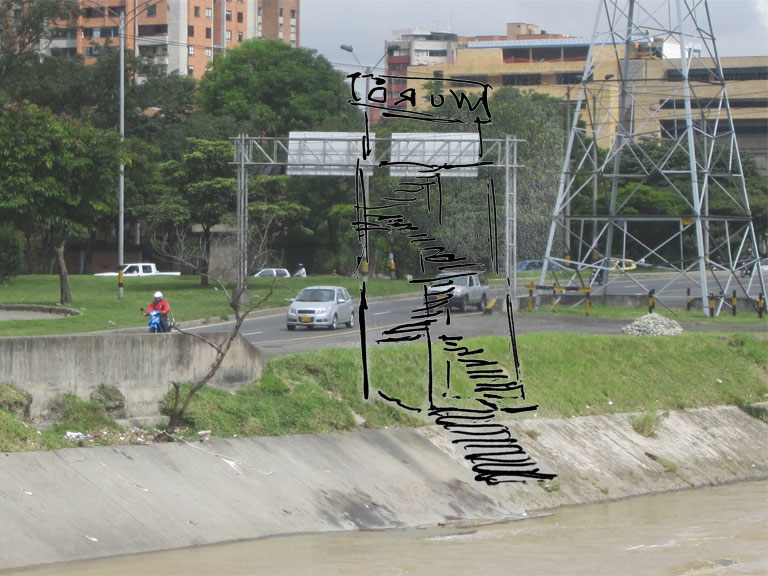