Rumah is a spatial installation of a typical interior of an Indonesian small house, with a guest room, private room, kitchen and bathroom. Anyone who has been to Indonesia recognizes it immediately; Indonesia is in fact "one of a kind". There are typical Indonesian designs and objects. In the metro station the green walls, illuminated with energy-saving lamps, appeared surreal. Remarkable in the installation was the amount of plastic stuff: cups, drying rack, broom, raincoat, gayung, lids, leaves, containers, mats, slippers, stools, rack, etc.
A few months per year I live in Yogyakarta. What strikes me there is not only the quantities of plastic utensils in the interior, but also the usual layout of houses. One enters the guest room ("ruang tamu"), behind or next to it are the private rooms, kitchen and bathroom ("kamar mandi"). Rumah is a schematic and small house, containing four areas: a guest room, a bedroom, a kitchen, a bathroom. The rooms are drawn on the ground - think of how houses in the film Dogville are indicated by white lines on the ground.

Rumah is part 2 in the series Plastic Indonesia. The first part is Toko (Shop). Warung makan (Eatery), part 3, is in progress. 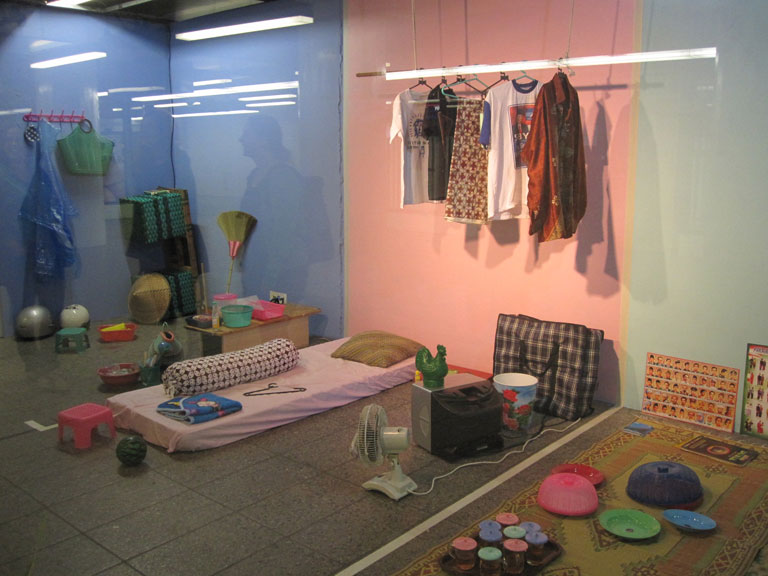 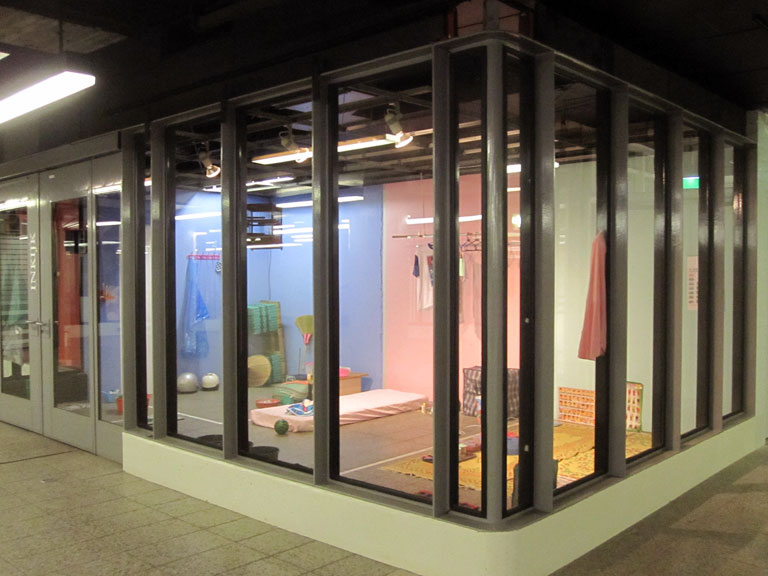 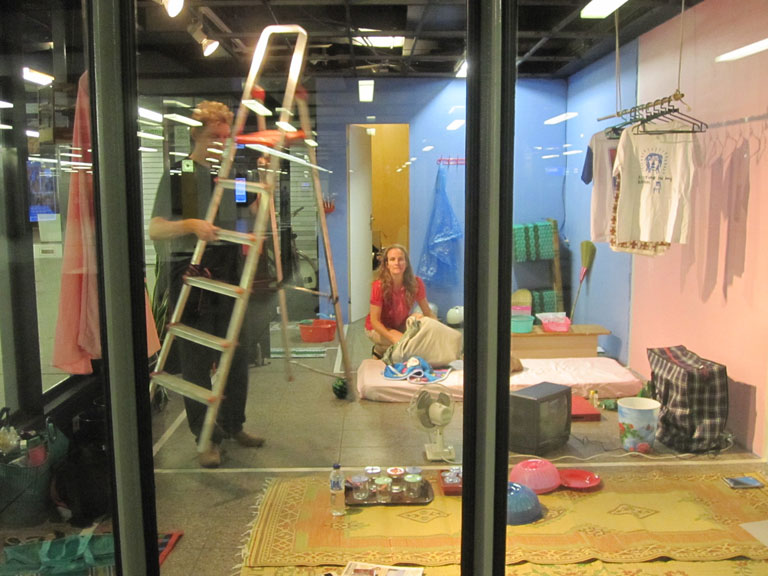 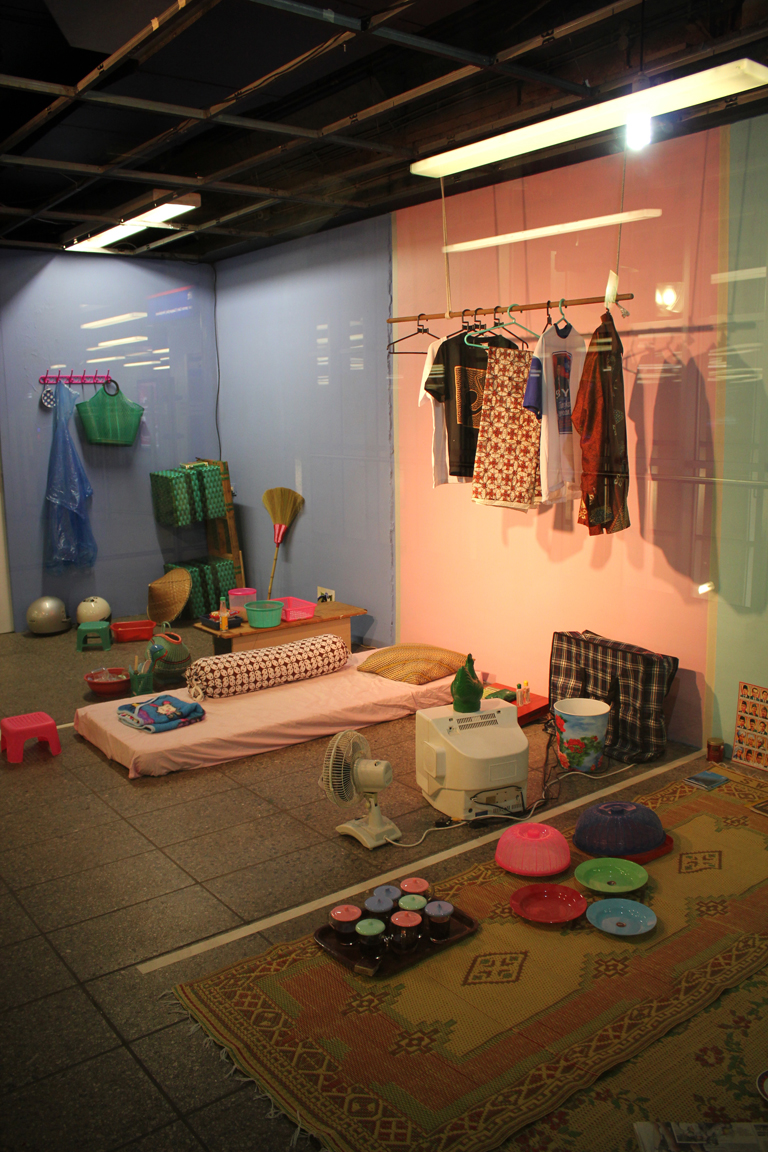 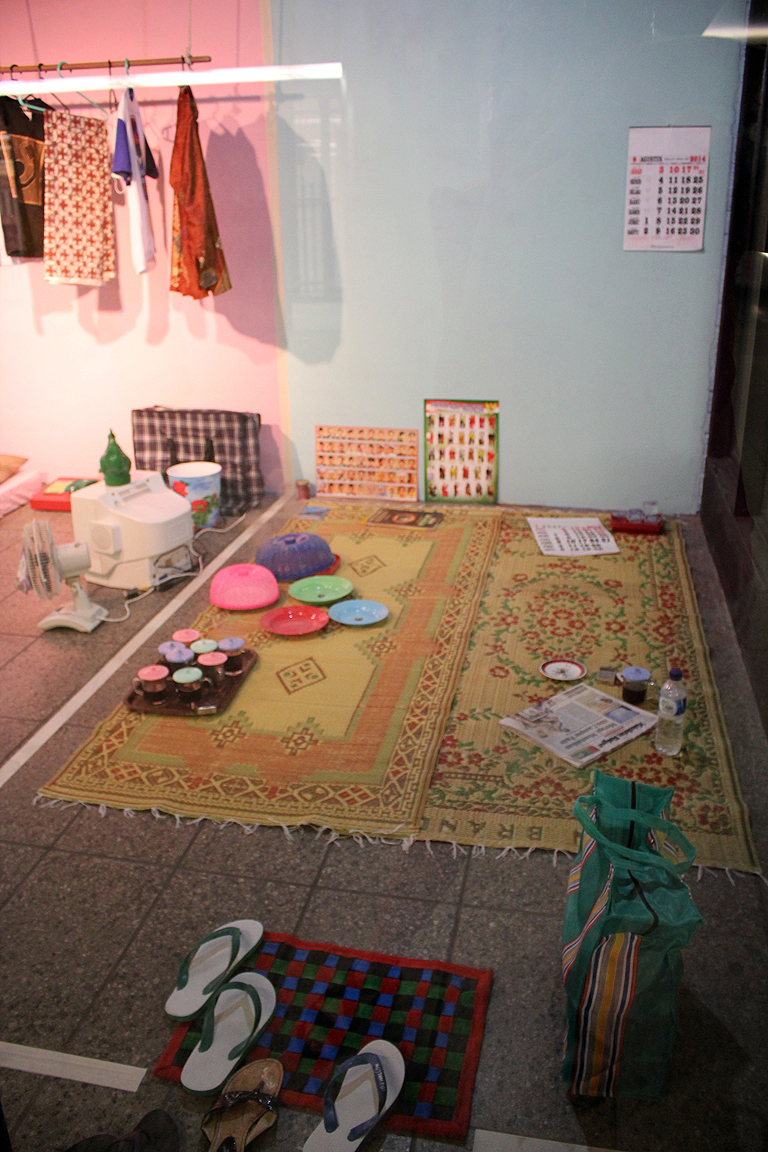 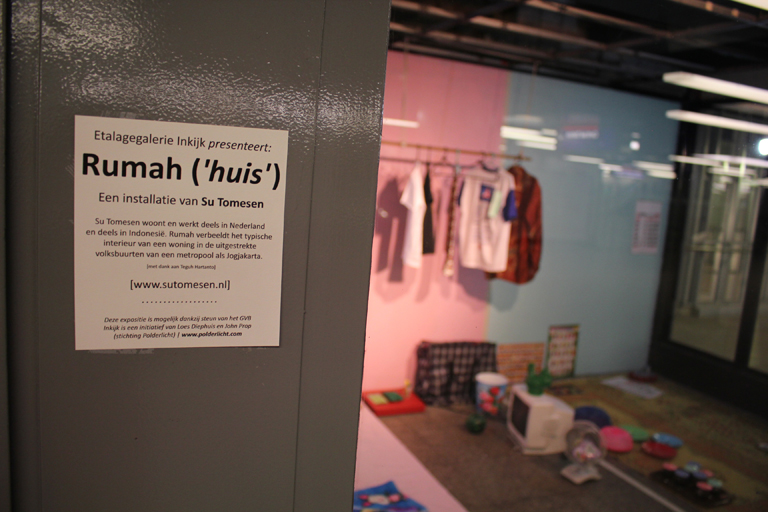 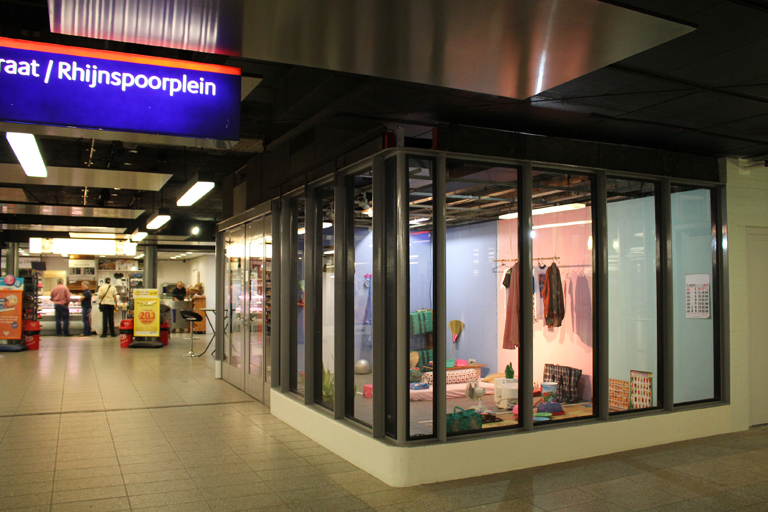 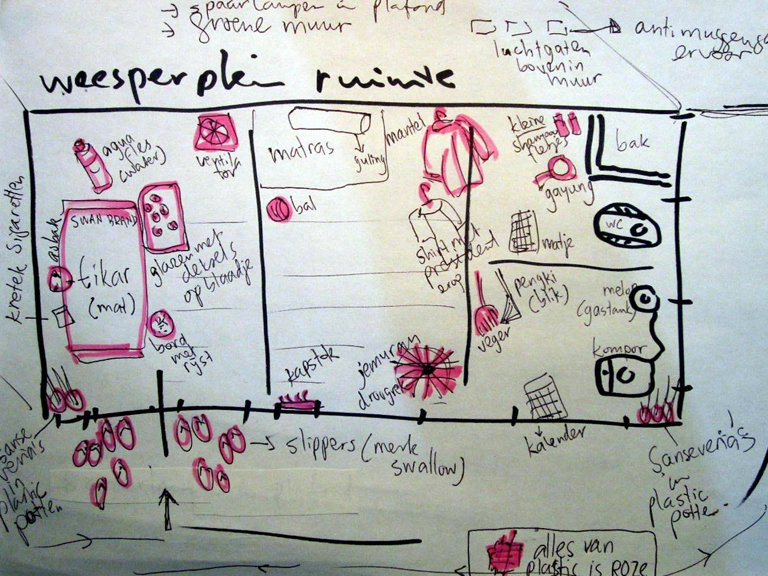 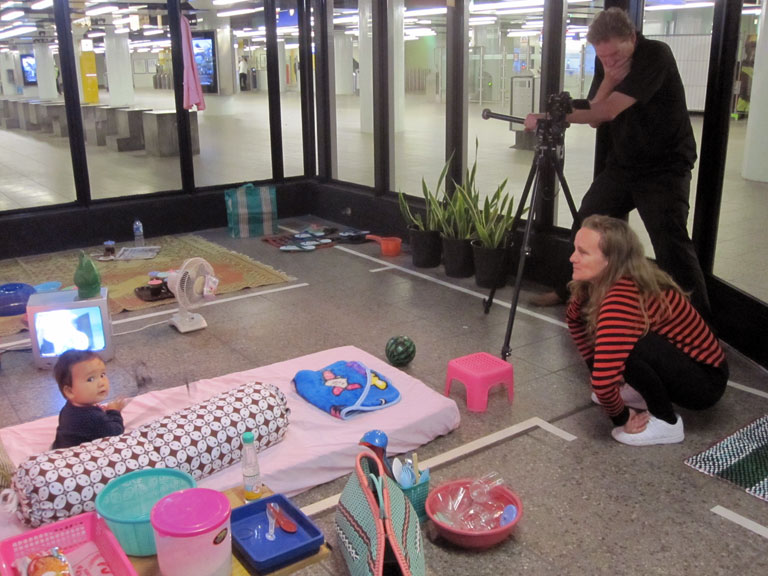