In June 2014 I was the artist-in-residence at Rhizomatic, a project space for artistic research in the North of Amsterdam.
Within their summer program De kleine winkel om de hoek (The shop around the corner) I developed an intervention in public space: the performance Toko.
Every Saturday afternoon I cycled through the neighborhoods with my mobile shop installed on a bike. I offered typical Indonesian plastic products like rice spoons, water dippers (gayung), drying racks etc.. I imported all items from Yogyakarta, my second home.
In the performance it was all about my love-hate relationship with plastic. 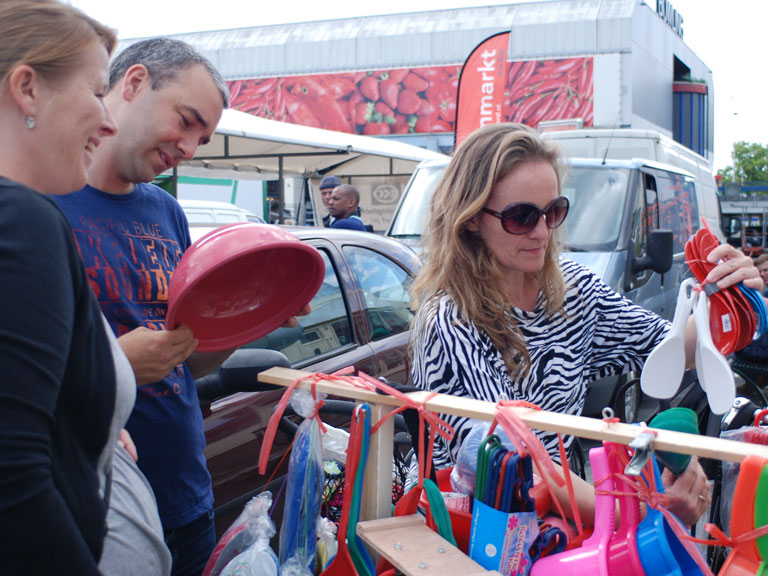 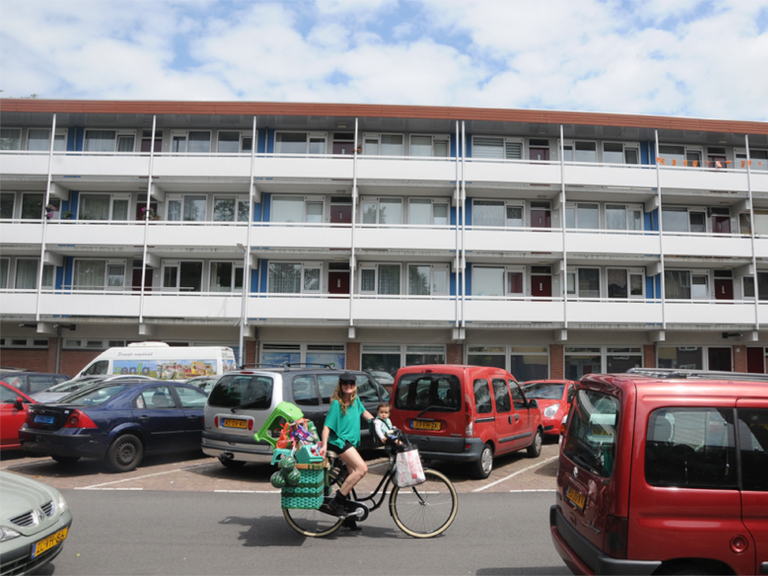 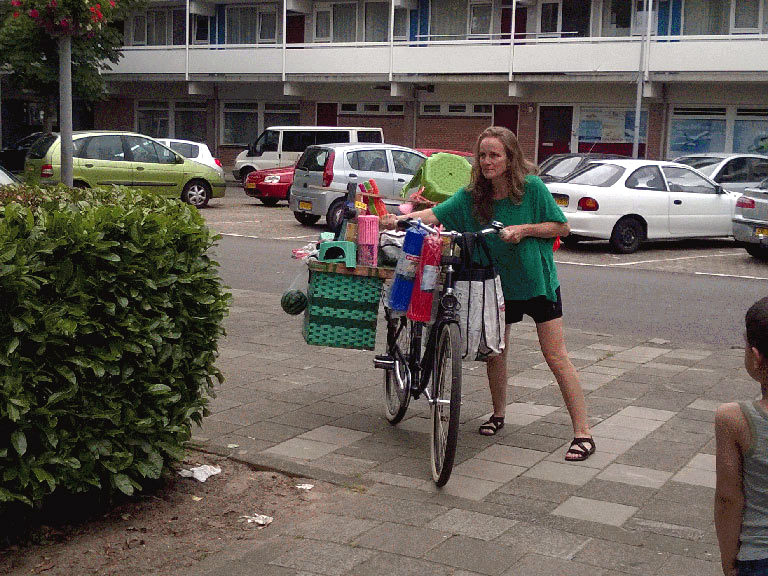 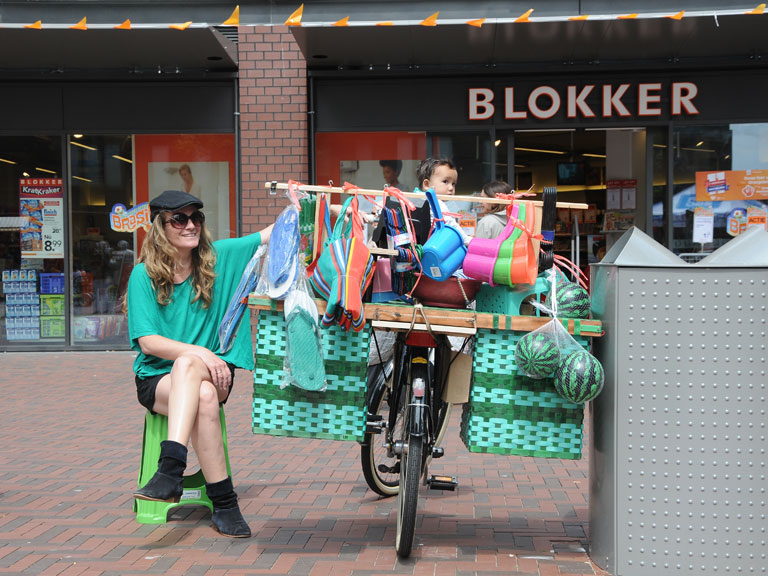 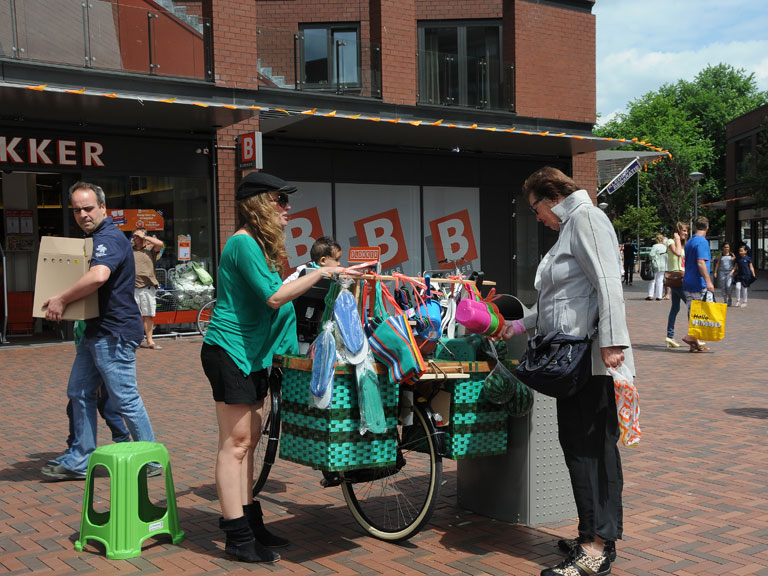 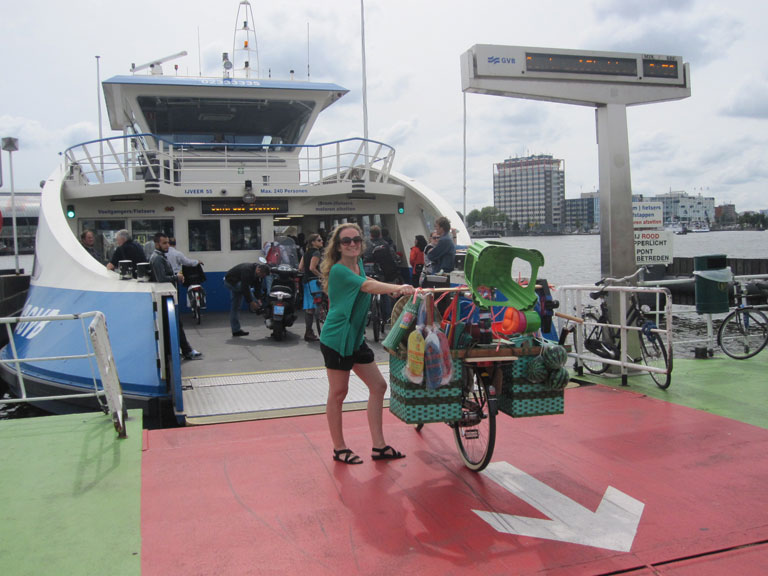 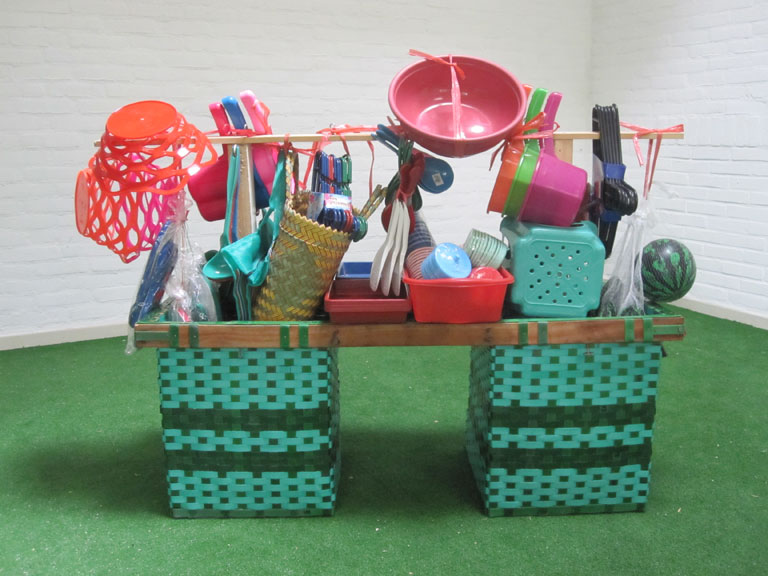 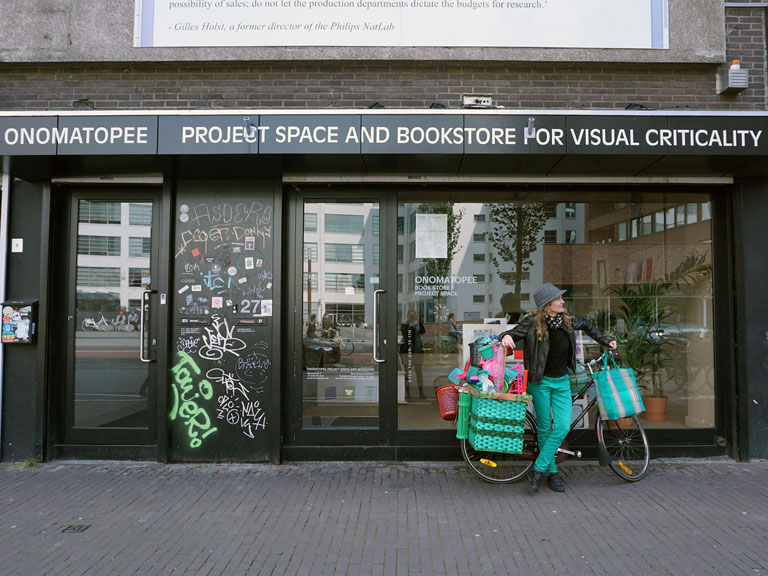 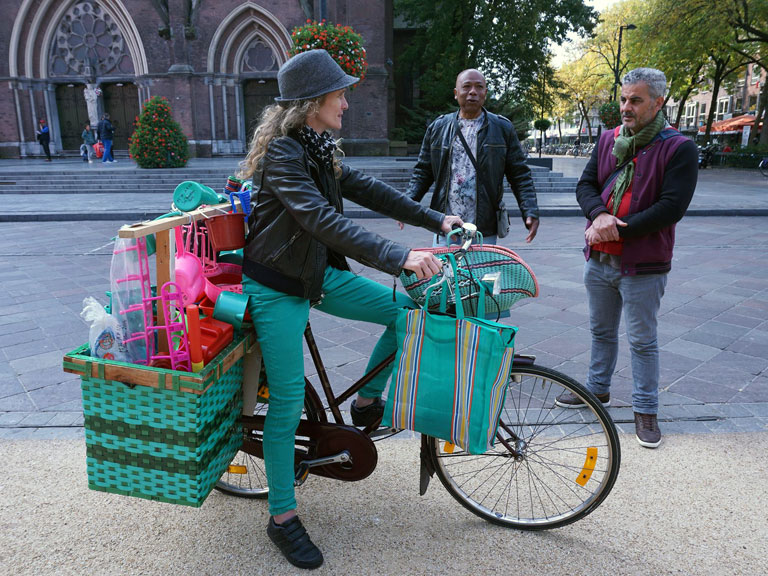 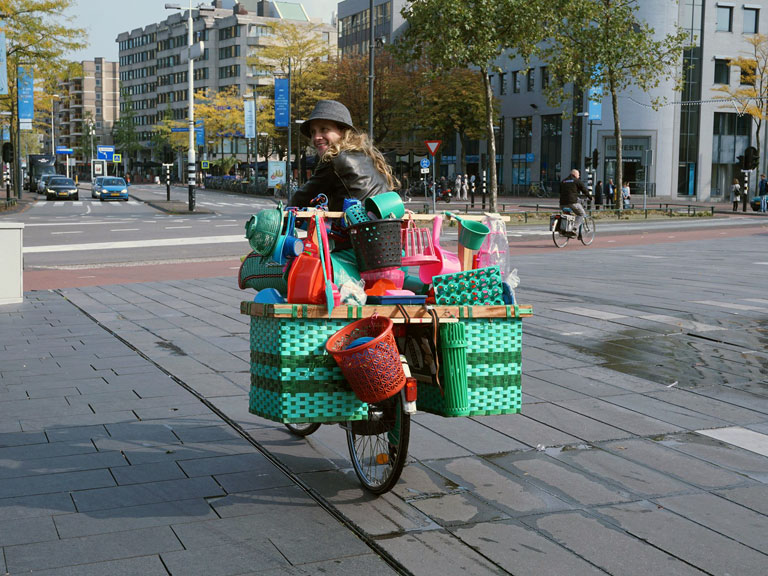