Winkel is an installation based on interiors of several shops that I had photographed in Syria in 2006 (first image) and 2008-2009. The installation was managed by two Syrian men who fled from Aleppo in 2015. Nothing was for sale in Winkel; it was a display as we know from an ethnographic museum. Hence the contact between the Syrians and the audience was not limited to an economic transaction, the work acted as a catalyst for many conversations: about the installation itself, their escape from Syria, their future. On Vlieland - next to the camping shop of Sytse and Anneke - the work seemed surreal, and within the art program of the festival it was a stranger in our midst, which was also my intention.

ITGWO invited me to realize a new work and I visited to the 2015 edition to do my research. The news at the time was dominated by the influx of boat refugees from the Mediterranean Sea. When arriving at our tent at the relatively white festival on the (rainy) island Vlieland, with our daughter of two years old, after a long trip by foot, train, boat… the similarities and contrasts could not be bigger! For me there was no escape to engage with the current events.
When the two Syrian assistants arrived at the installation of 2x3 meters that I had been building up with assistant Reem Saouma, one of them told me: "It's like real". Because after a bombardment people build up tiny new shops. To quote film maker Heddy Honigmann: "Life starts always where it has been destroyed: on a small table in what has been a street, a man starts again to sell: some candy, more candy and a few biscuits (…)". 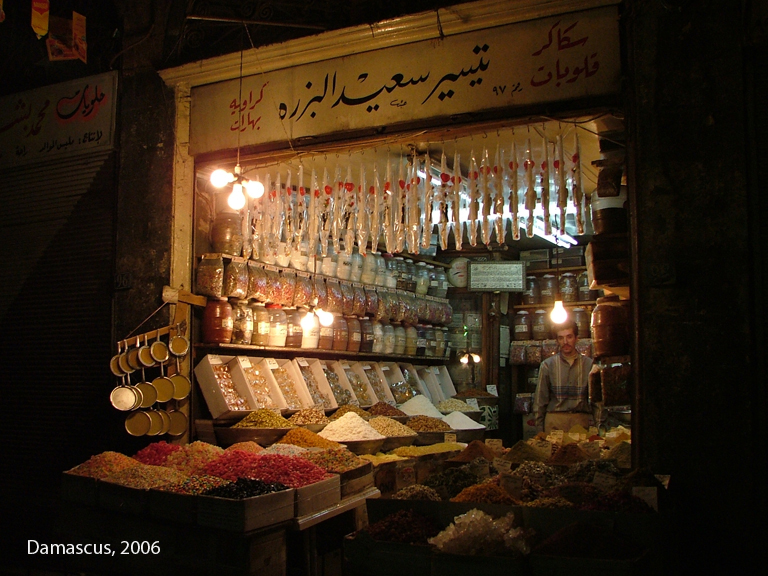 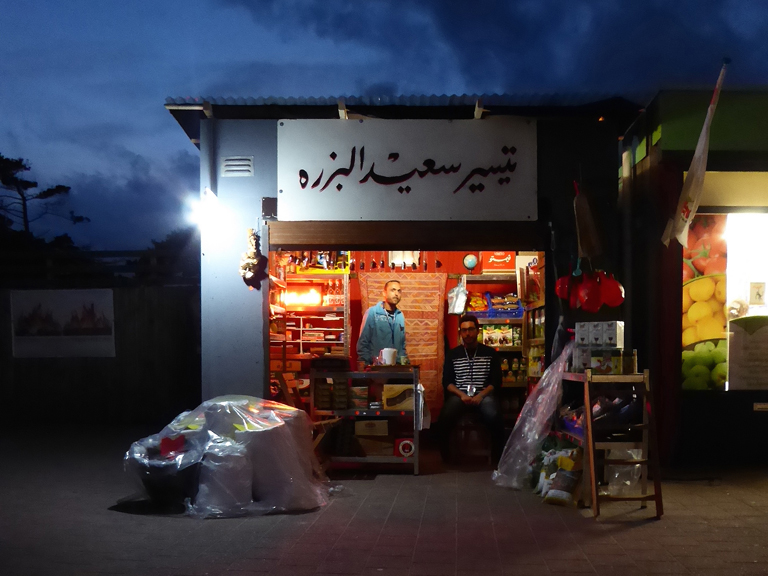 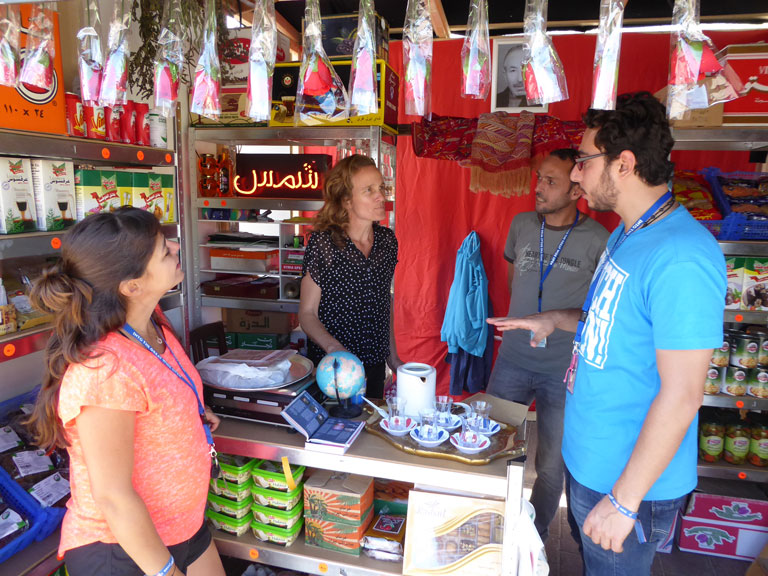 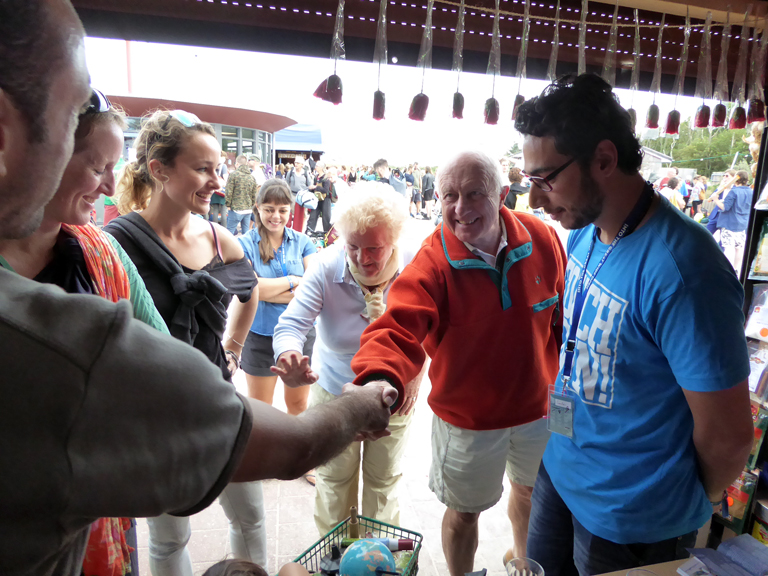 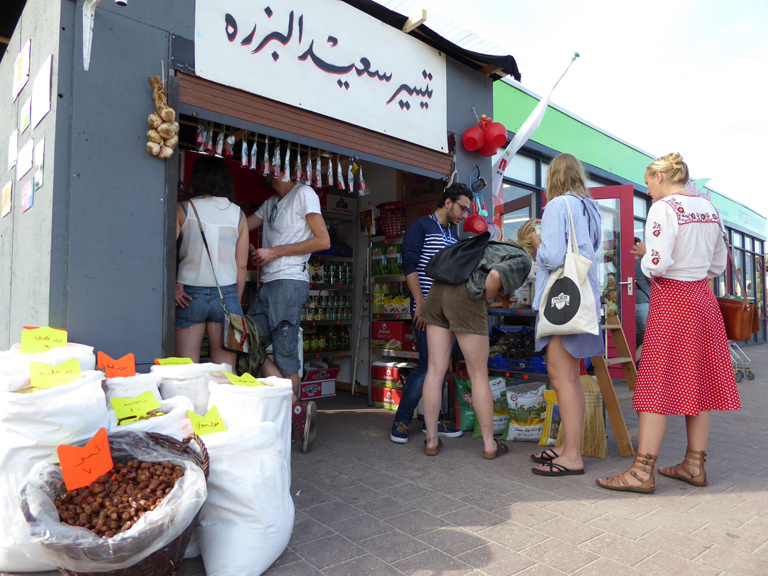 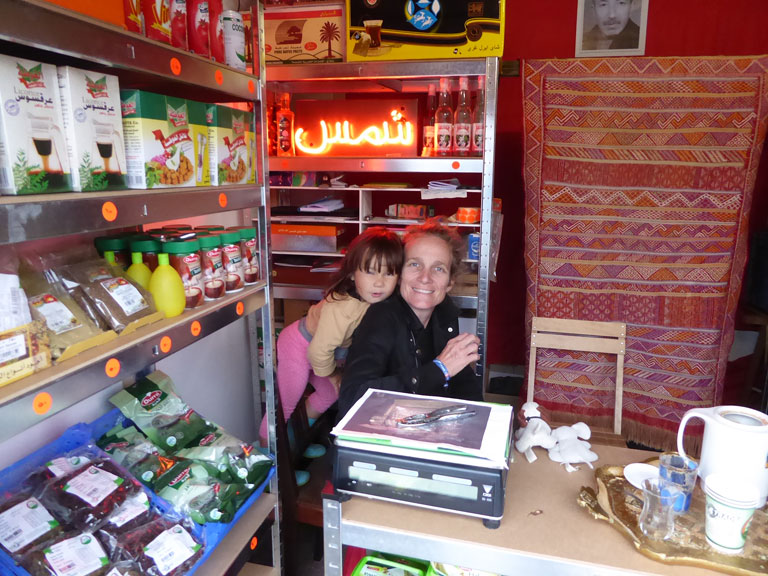 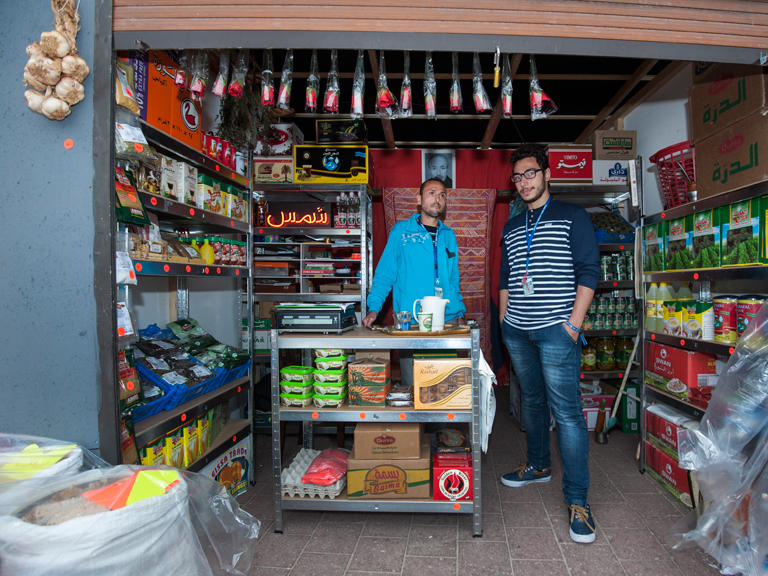 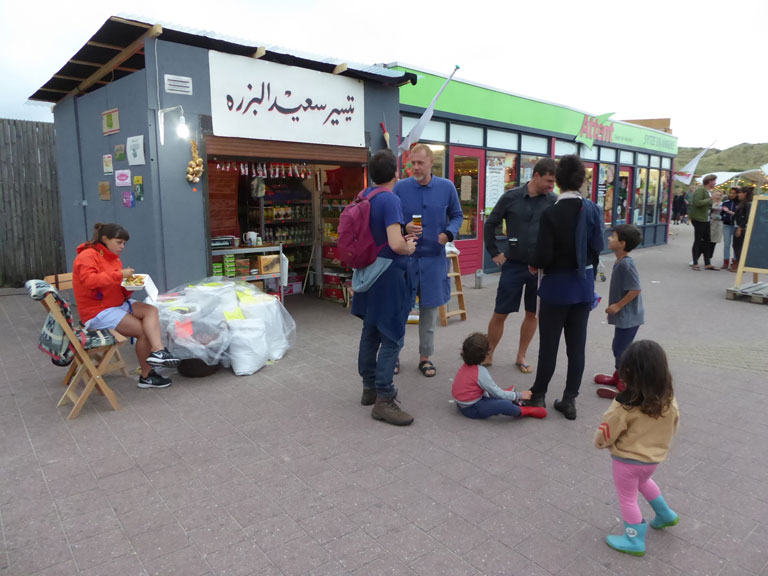 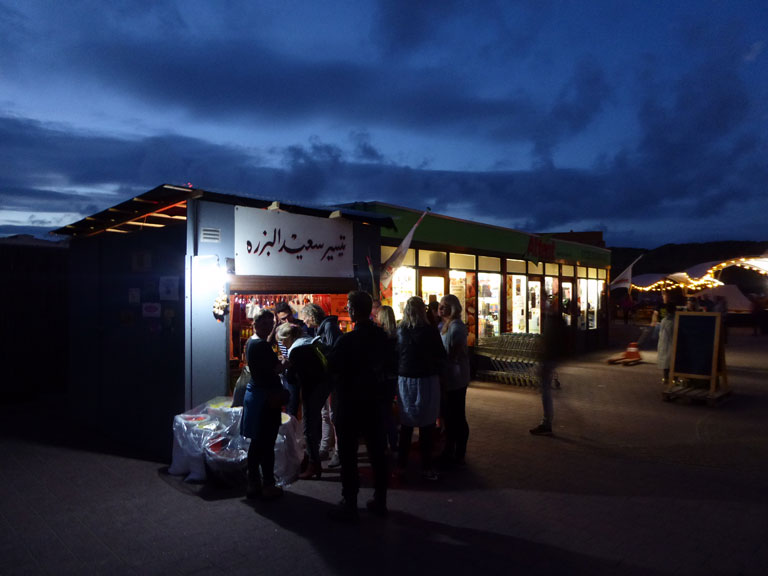 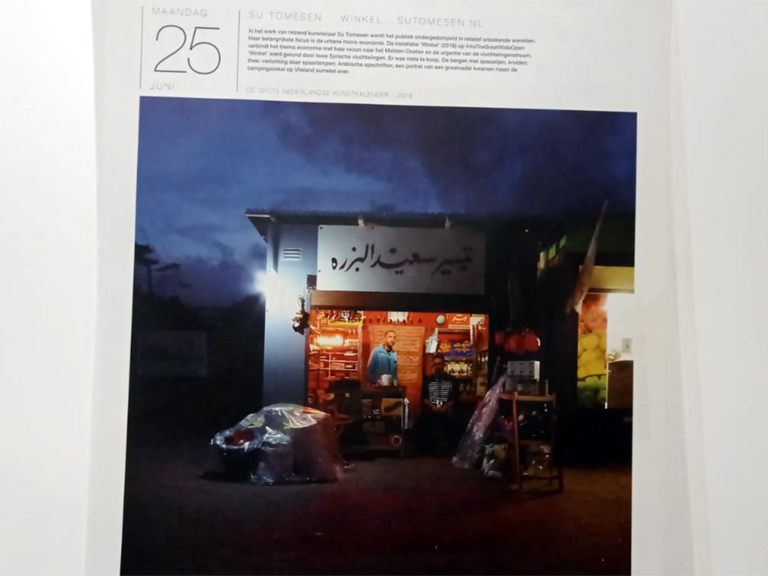 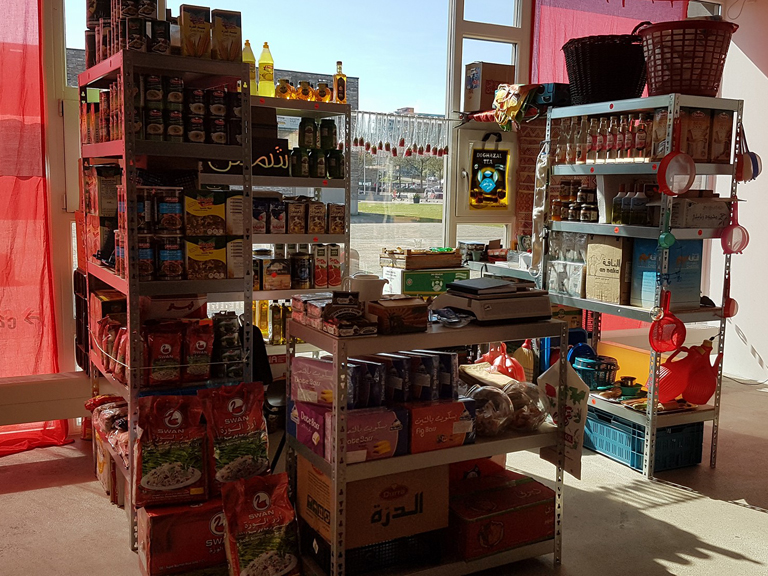 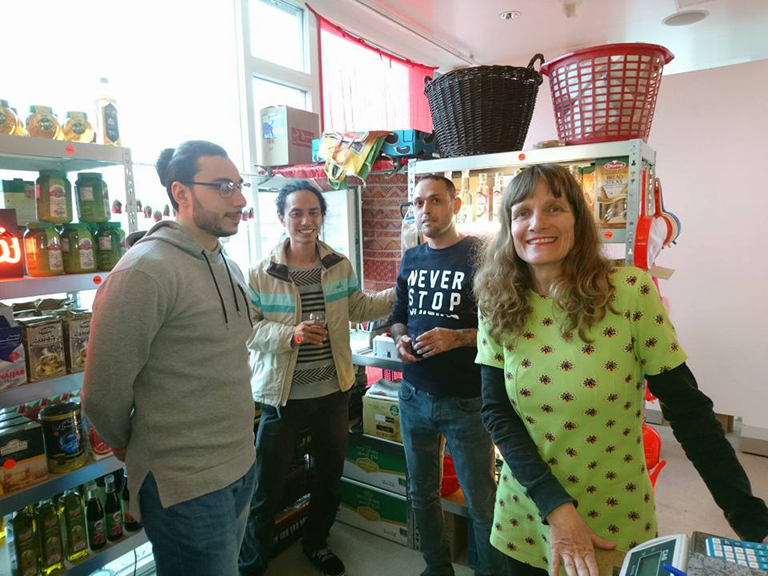 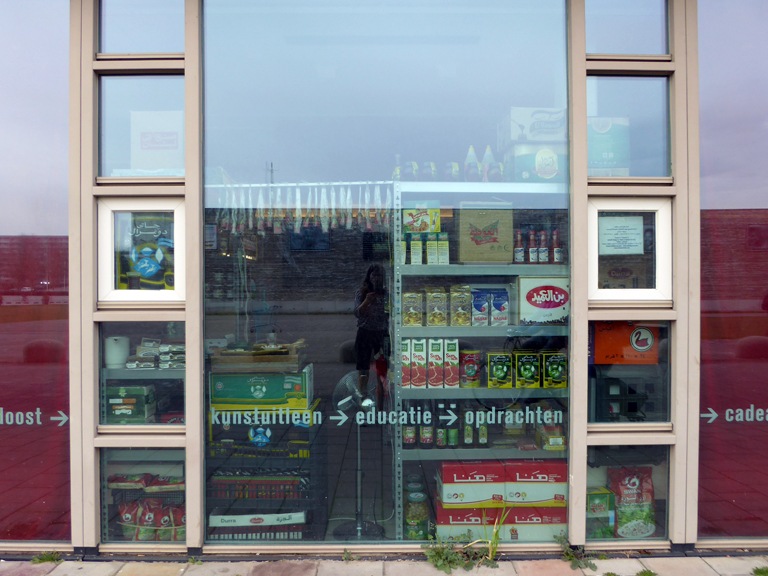 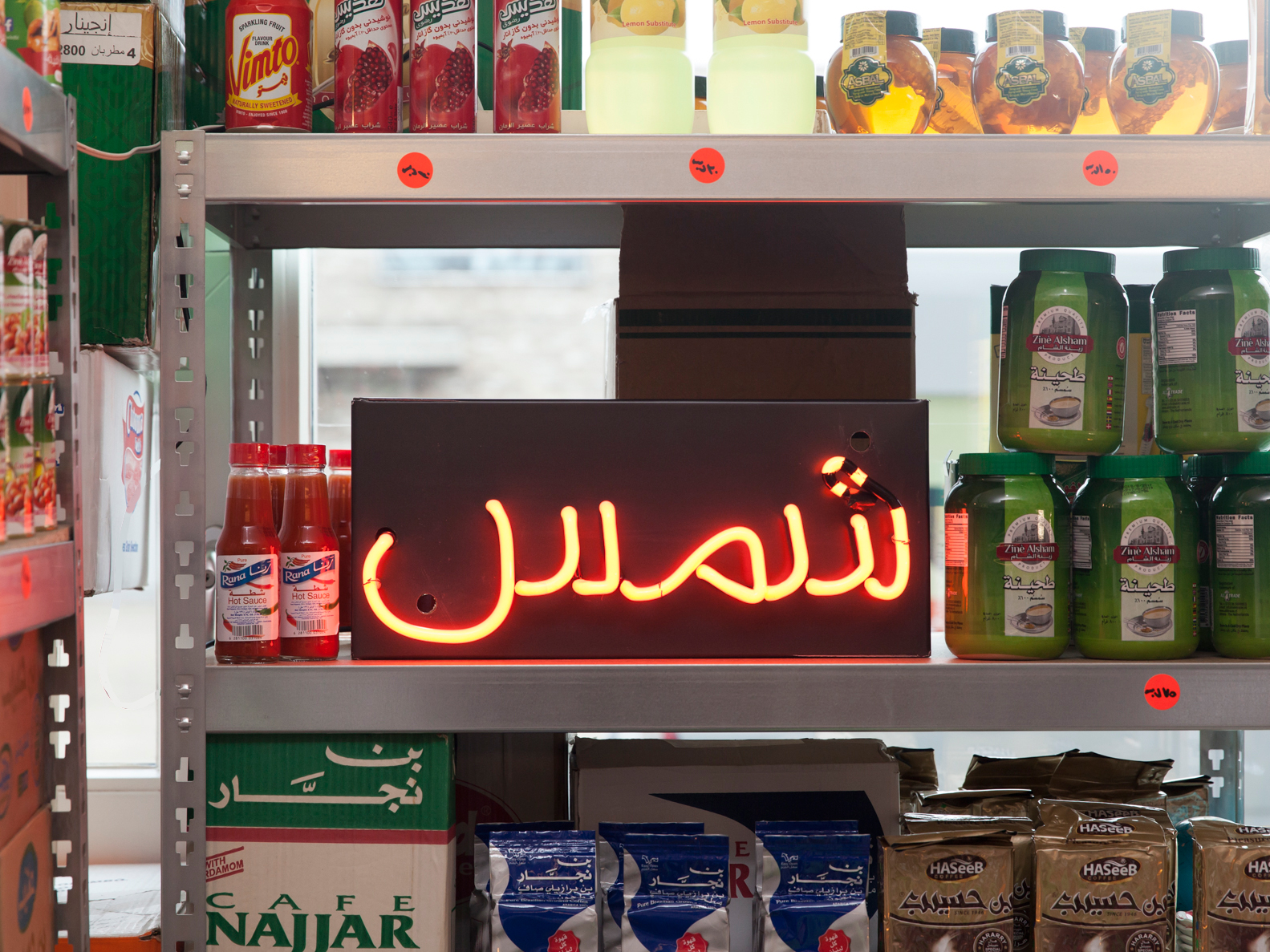