At the Amsterdam art fair Kunstvlaai 7 I presented a "Chinese intervention": Chinese Wall, an installation where low-key interaction with the audience of the fair was central. The work was operational for one hour only during the opening of the fair on Saturday May 10. The work Chinese Wall was hosted by Petersburg Project Space.
At the backside of the installation a few Chinese women and nuns - connected to the He Hwa Temple at the Zeedijk in Amsterdam - were busy preparing vegetarian spring rolls and soup. At the front the audience of the fair crowded up for the free food.
De Chinese Muur is a common name for Chinese restaurants in the Netherlands, and is the title of this installation. The work symbolizes China's export, expansion and booming economy: the People's Republic of China became more and more present in global society over the past decade. The work was also inspired by the fact that I was going to Beijing a month later for the World One Minutes group show.

Thank you: Van Puijenbroek Textiel, He Hwa Temple, Miaoyi Shih, Kaji But
Assistance and financial support: Petersburg Project Space, SKOR
Press: Chinese Radio and Amsterdam Weekly: Have the pie (and eat it too) 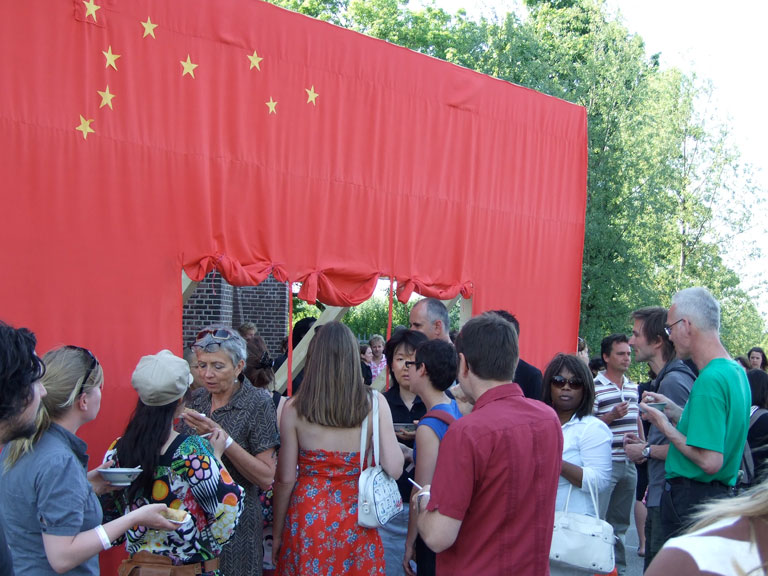 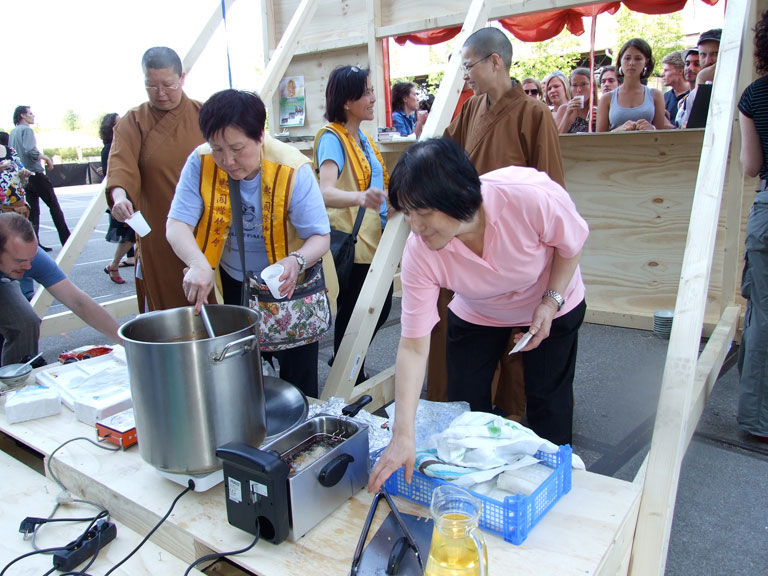 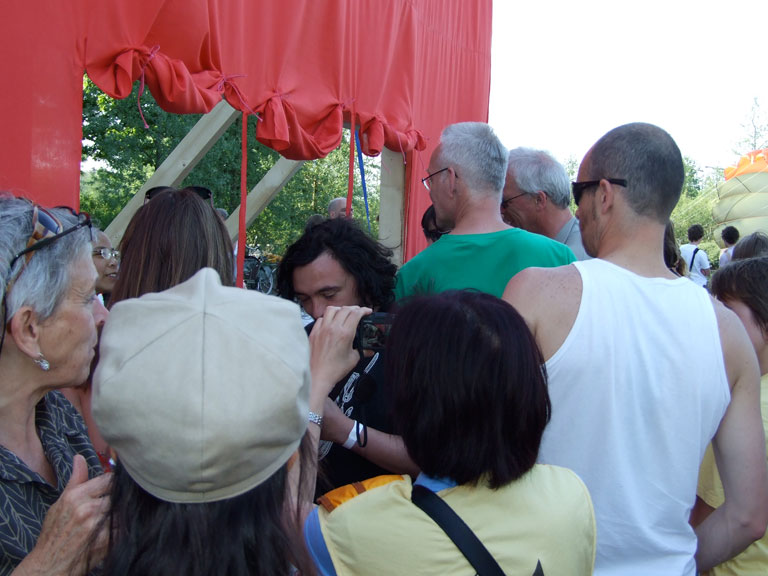 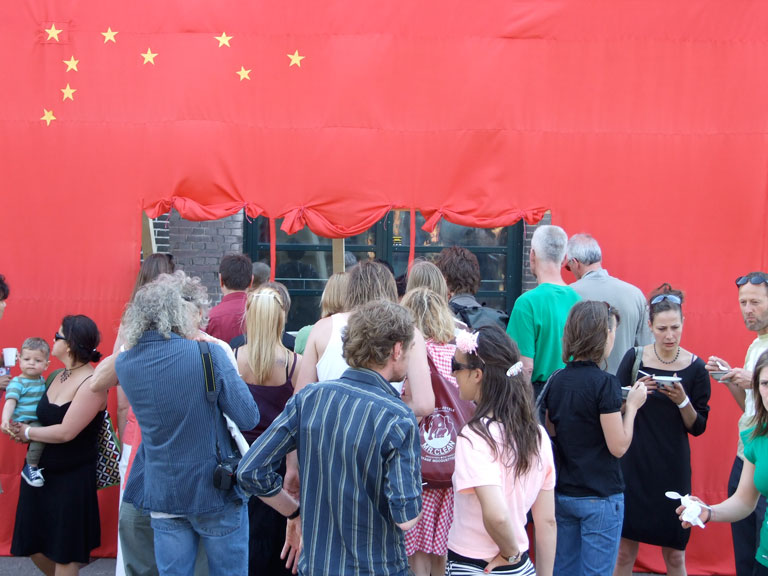 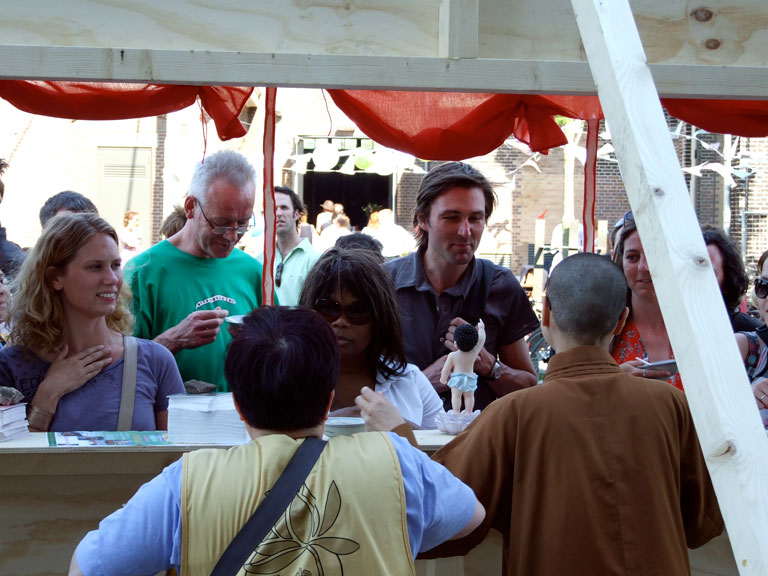 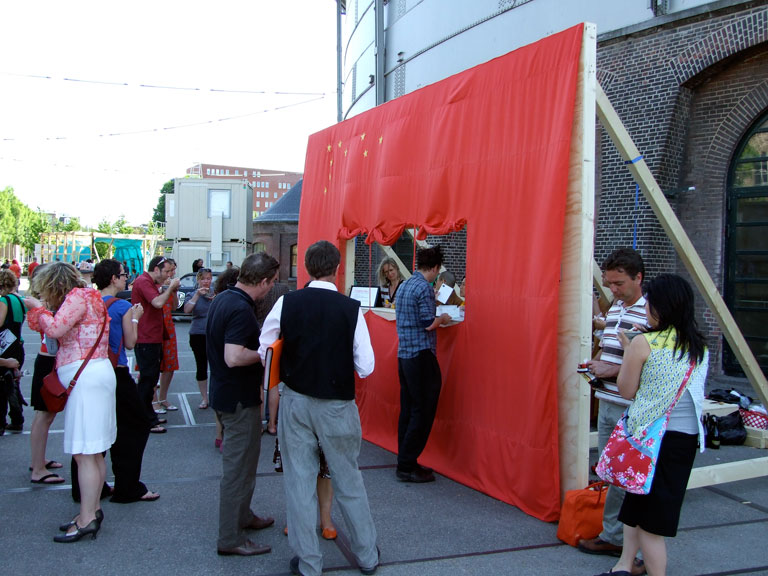 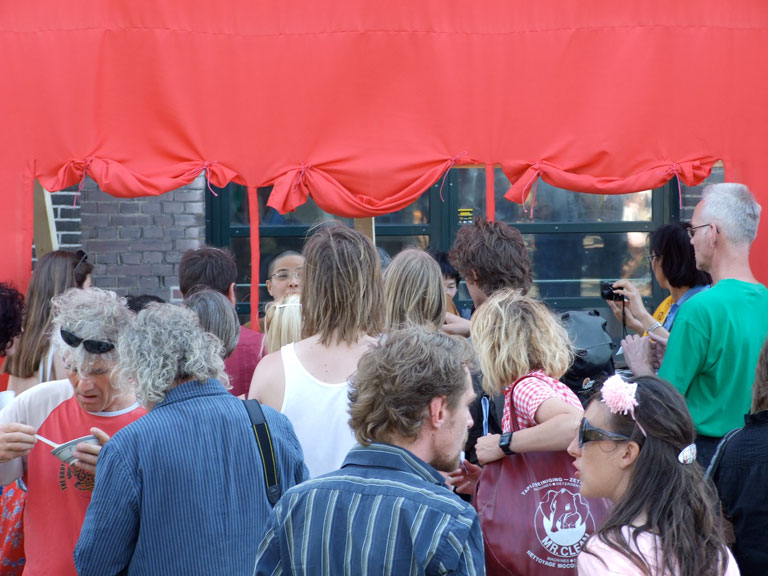 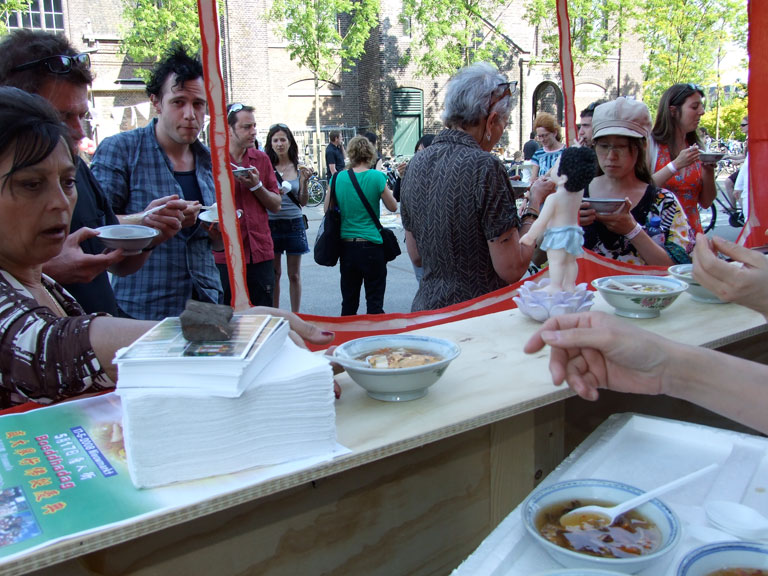 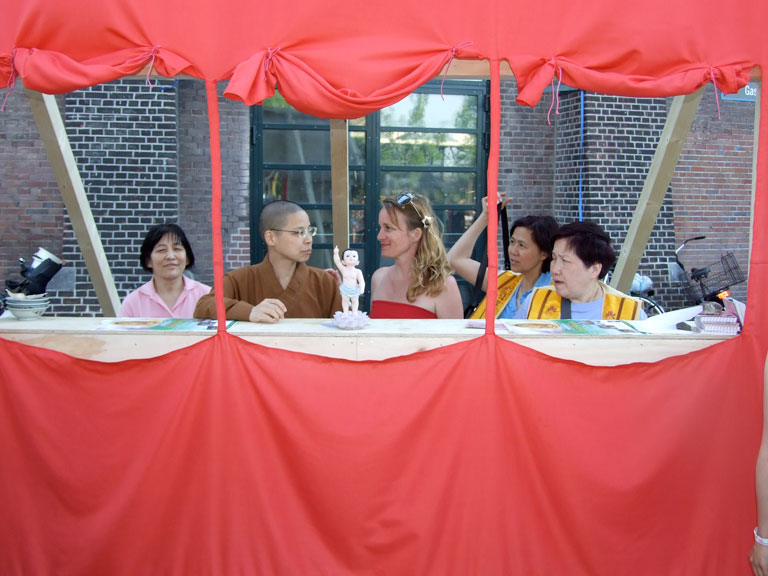 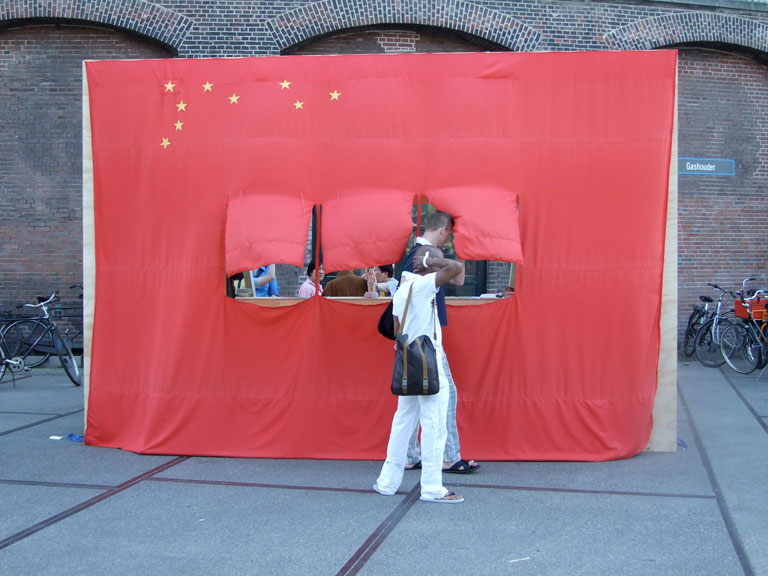