This work was developed during my artist-in-residence at Makan House, Amman, Jordan, which took place between December 2008 and March 2009. The omnipresent Palestinian cause in Amman - since 70% of the inhabitants has Palestinian roots (in 2008) - and the war in Gaza in the beginning of 2009, influenced realizing the work: a mirror shaped like Palestine as it was in 1948 with the borders of the so-called Mandatory Palestine, just before the partition of the area into an Arab and a Jewish state and the Arab-Israeli war that ensued. The Palestinian exodus from the area was then a fact. The rest is history. To the left and right of the mirror, a map of Jordan and a map of Amman had been cut in the same shape of Palestine 1948. This work emphasizes Jordan's and Amman's ties to Palestine. 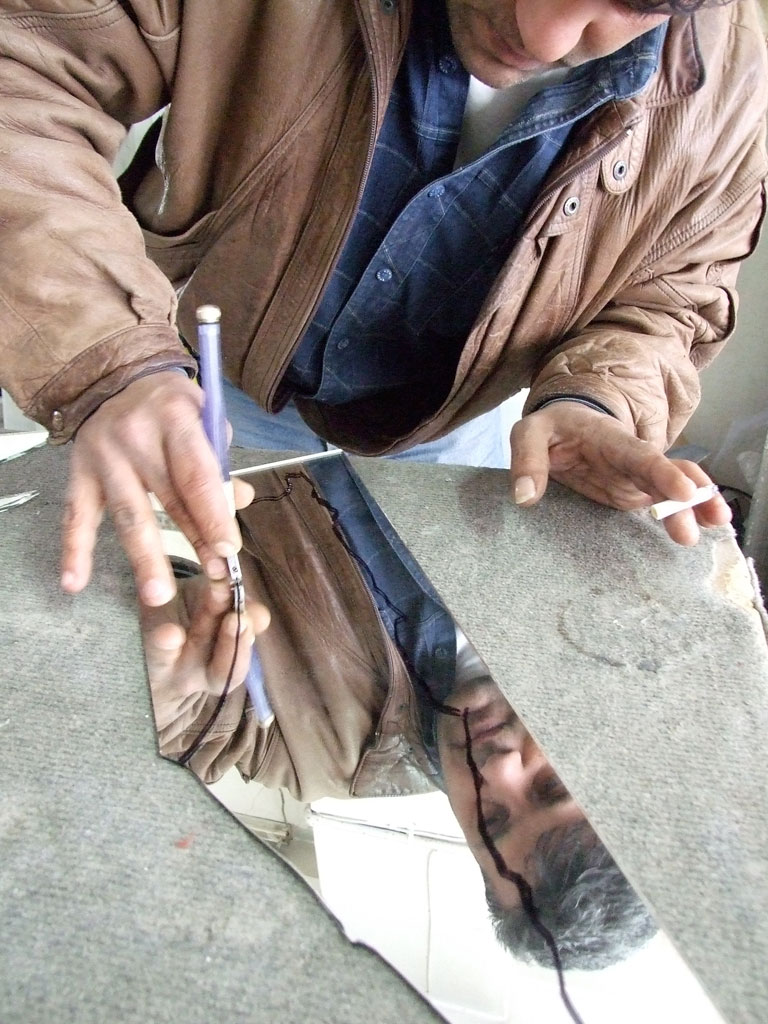