Already in the first weekend I got to know the phenomenon 'shebeen' through a powerful collage that radiates energy: Discussions at the shebeen by Sam Nhlengethwa. During Apartheid shebeens were illegal bars in the townships, managed by individuals, often women, and regularly next to their homes. A week later I visited a few shebeens in Soweto with fellow artist in the residence, Senzo Shabangu, p.e. The Shack, a well-known shebeen in Orlando-West. I also visited shebeens in Johannesburg, near Bree Taxirank in CBD to check the interior, furniture, atmosphere, details., and I went to the Museum Africa and the SAB World of Beer Museum, to have a look at the shebeens displayed there.

After some more research, like investigating which other artists have been dealing with the topic - I found an installation by Kay Hassan - I decided to built a shebeen in the exhibition space of the Bag Factory for the final show Losing Virginity. During the eight days my work was operational I wanted to create a happening in which the audience took part, and I made a program: 1. Opening of Shebeen with a performance by Quaz, followed spontaneously by Jeisie the Genius and Aviwe; 2. Kwaito music by DJ Mma Tseleng and umqombothi made by Tshepo; 3. Presentation of the 24 videos of City One Minutes Johannesburg.
The audience was very straightforward in the installation and there were a few scandals: drunkenness, a stolen wallet, a stolen art work, even slight racial tension. In the shebeen I had visitors that normally don't go to shebeen and there were people inside that do not attend art shows. With this work I reached different subcultures. 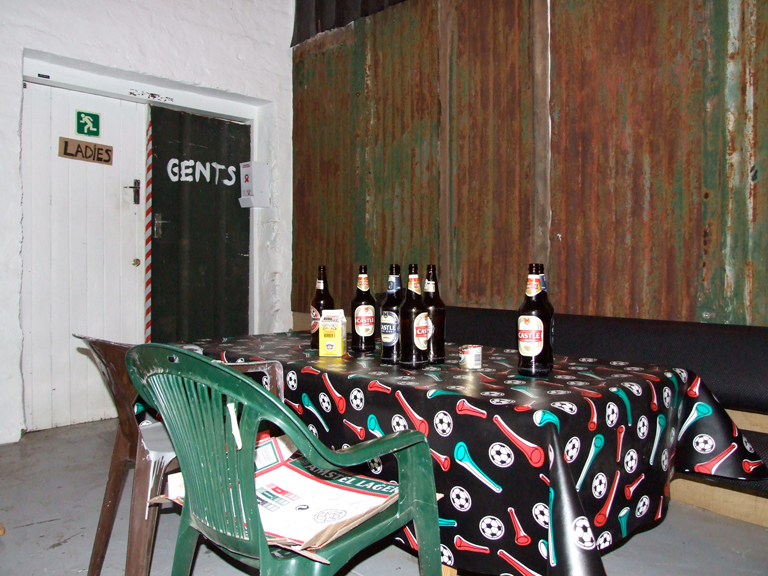 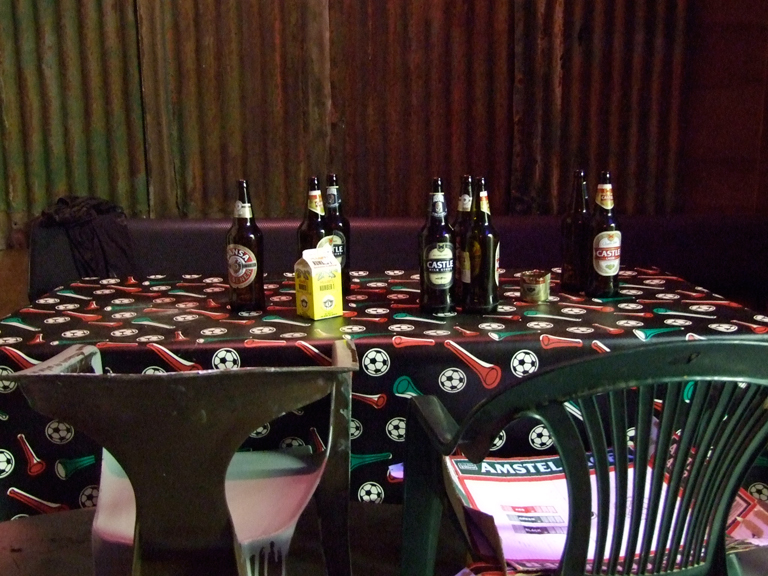 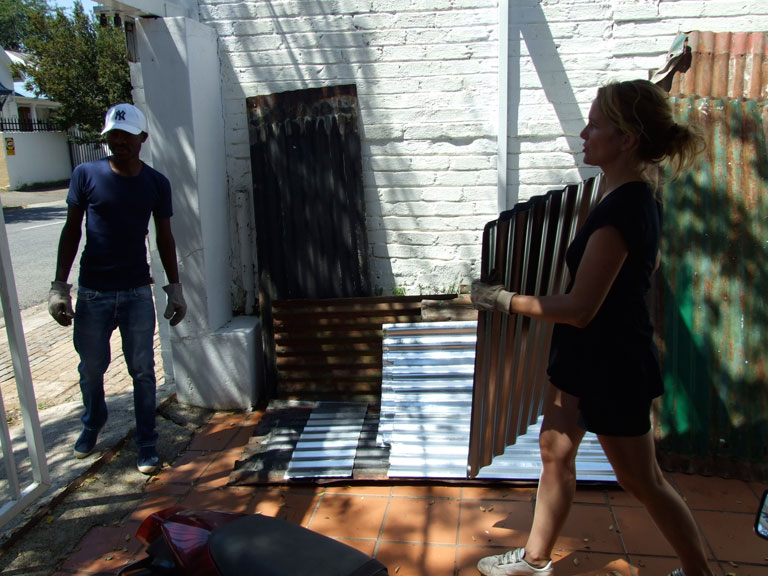 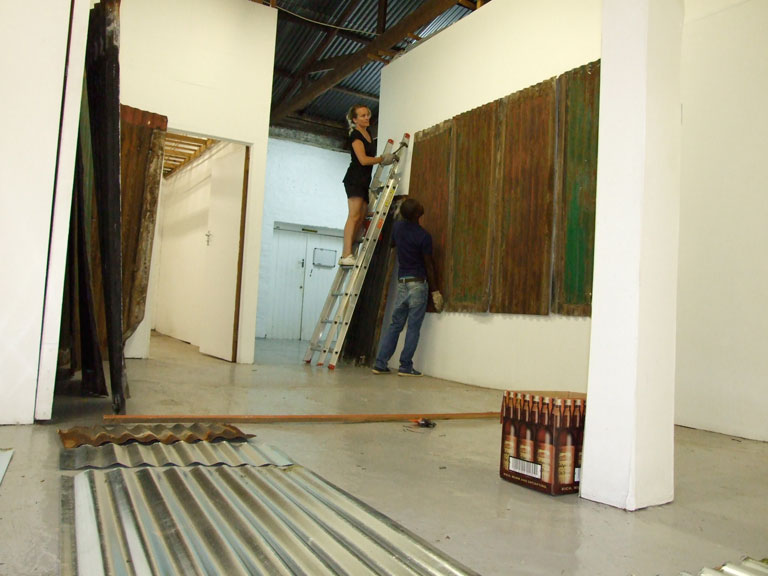 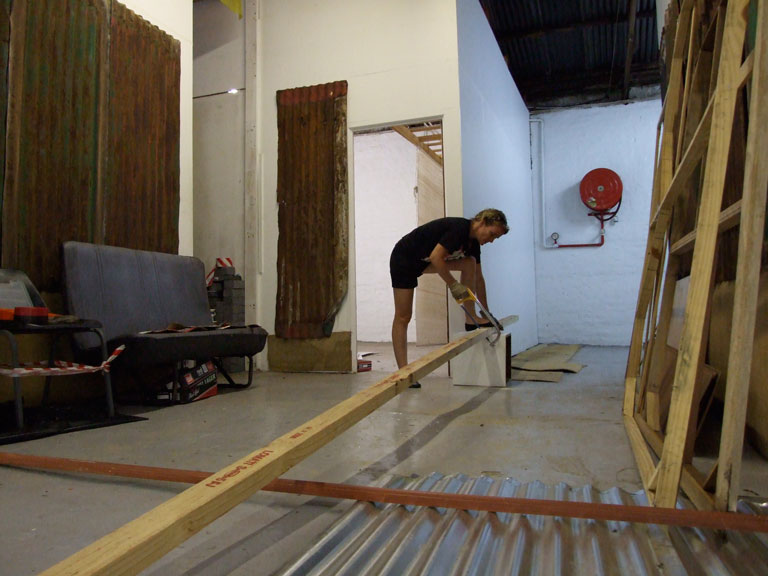 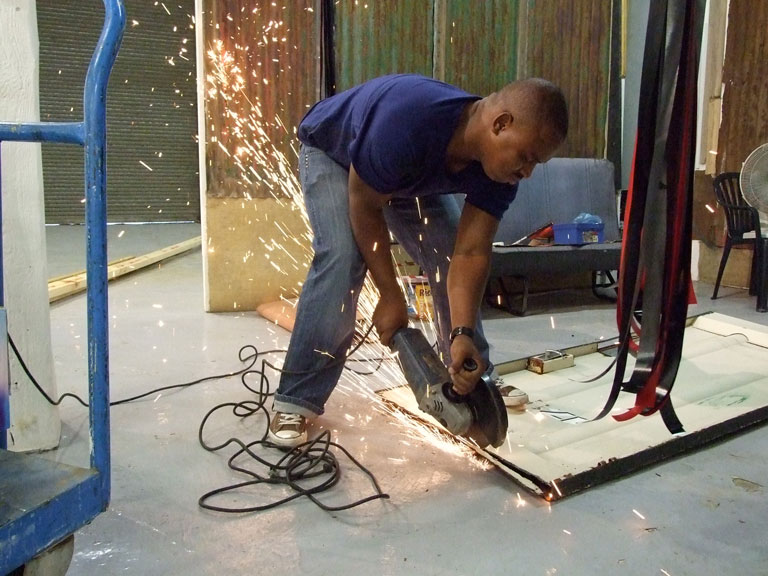 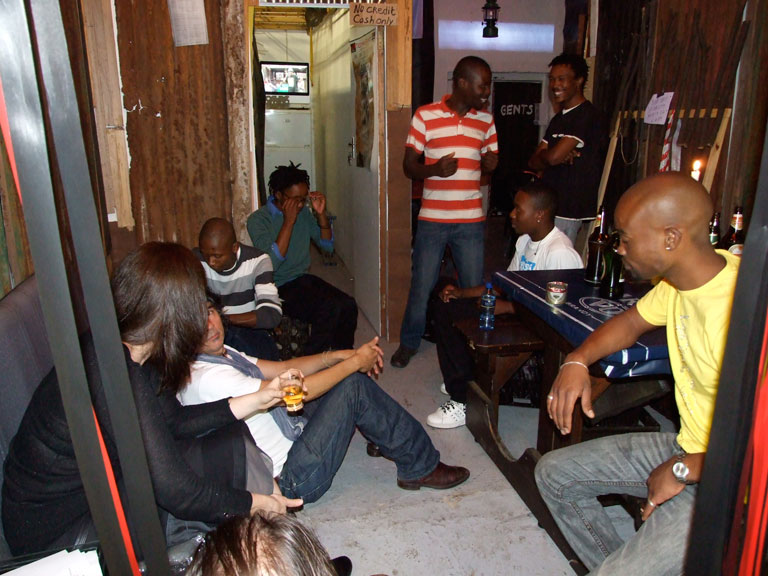 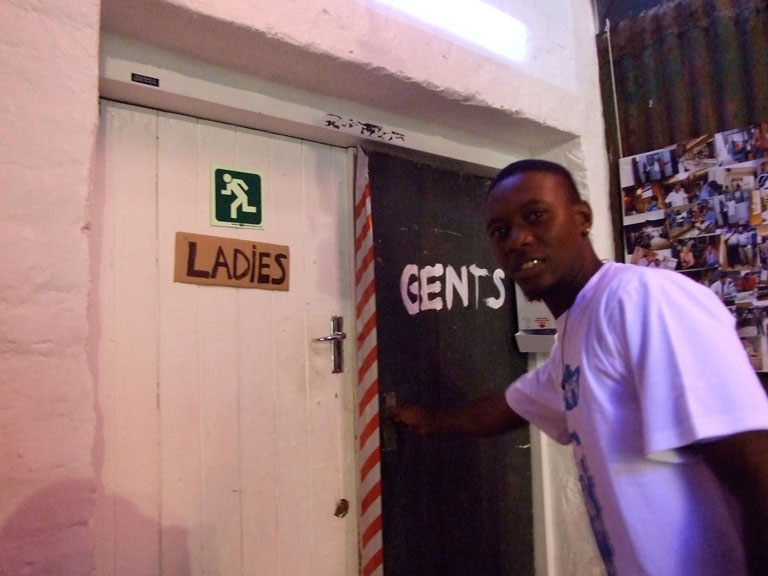 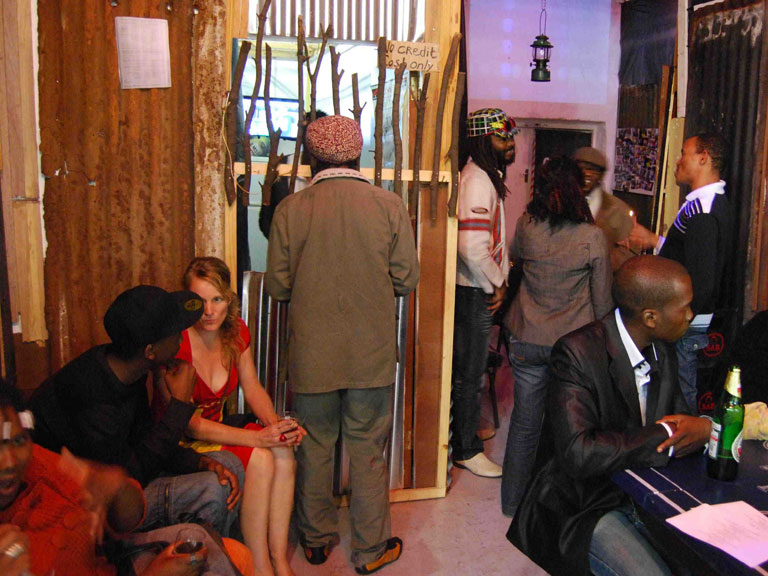 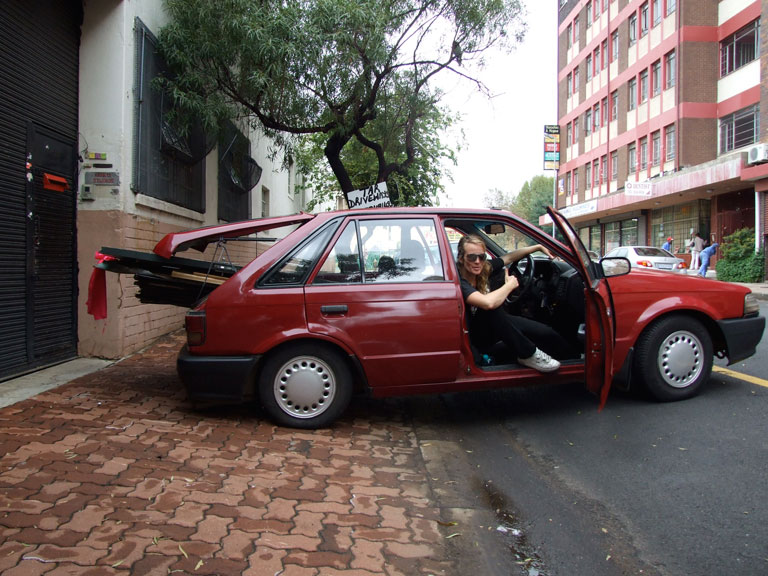 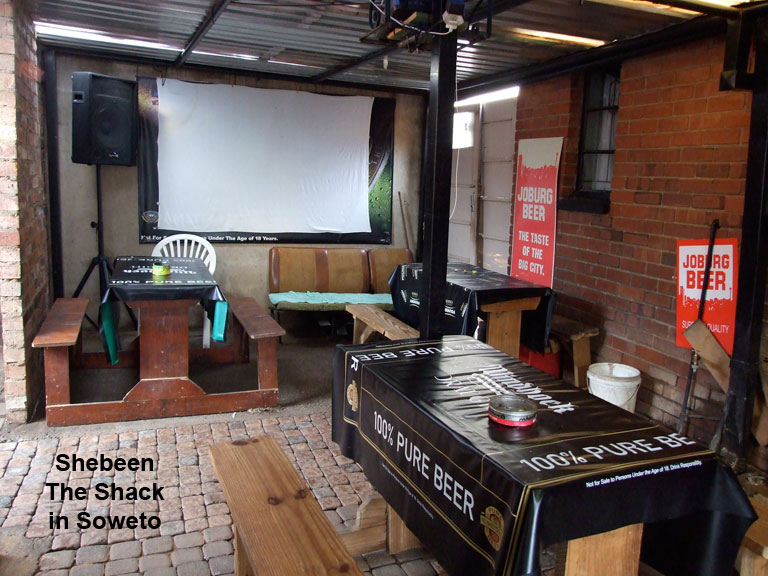