mijn-dijn, a neon mounted on a pole on the patio of museum SCHUNCK Glaspaleis in Heerlen in the South of the Netherlands , is alternately showing the words 'mijn' ('mine') and 'dijn' ('thine'). The installation was realised for the group exhibition Oét d'r Sjtub (Out of the Dust) curated by Lene ter Haar, with works from Melanie Bonajo, Roger Cremers, Chaim van Luit, Danae Moons, Sandro Setola, Su Tomesen. March 6 till June 7, 2015

The work symbolizes the accumulation of capital during the time the mines were open in the area around the city of Heerlen. South Limburg's resources were exploited for the benefit of "Holland", making it a sort of colony burdened with taxes which have colored the relationship between the "North" and the "South" to this day. mijn-dijn was inspired by the pamphlet Carboonkolonisatie (1974) by artist, critc and former senator Nic Tummers. In this writing he perceived aspects of colonialism in the history of the South Limburg coal fields.
At the exhibition in SCHUNCK I also presented Pabrik gula: a set of 38 slides of workers at a sugar factory in Yogyakarta. mijn-dijn and Pabrik gula draw subtle parallels between Java and Limburg, complete with an idea of who and what is "Hollandish".

After the show in SCHUNCK mijn-dijn was part of the group shows Zie MIJ. Manifestatie over binnen en buiten je bubbel denken, at Museum IJsselstein (MIJ) in IJsselstein, September 30 till November 19, 2017, and Verlicht MIJ in 2017. Eigentijds licht in de kunst in the same museum, December 2 until February 25, 2018. Both exhibitions were curated by Trudi van Zadelhoff and Amy Stenvert. Since 2018 mijn-dijn (edition of 3) is part of the collection of Museum IJsselstein. The work is mounted above the entrance of the museum. 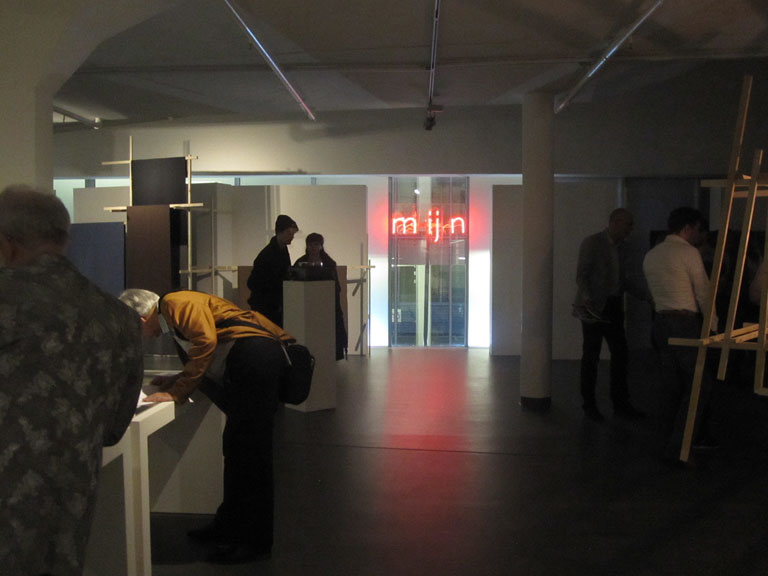 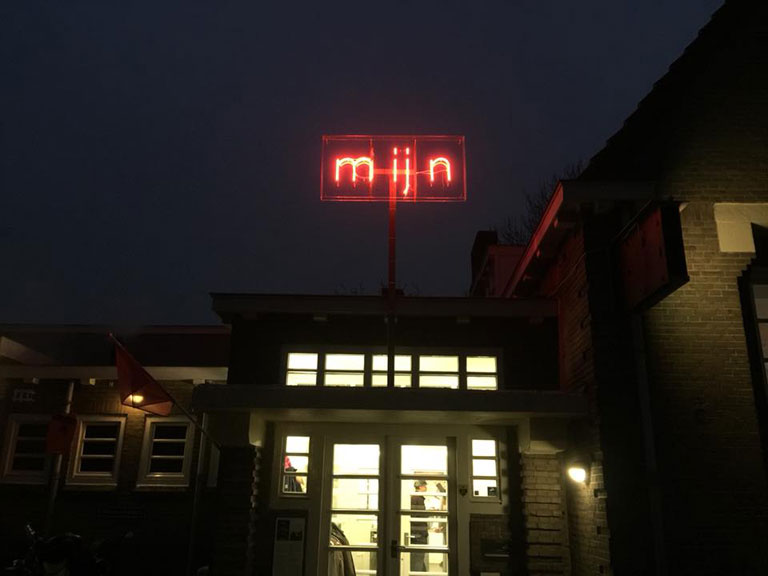 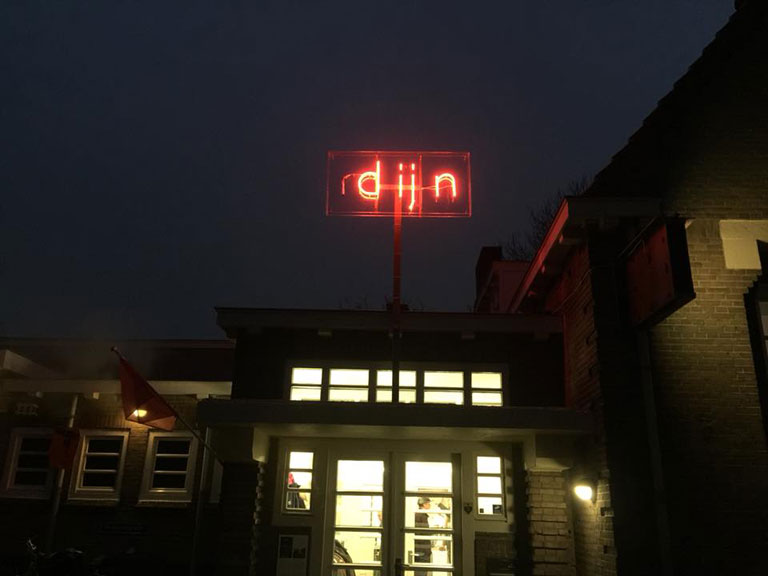