During a short residency of five days at De Torenkamer in VondelCS in Amsterdam in September 2017, I assembled a remake of an Haïtian so-called "mobile pharmacy”. I based the remake on a photograph that I have made in Port-au-Prince, Haiti in 2009 - when I was working there for the the City One Minutes video project - and some portraits of Haitian people with their merchandize in the National Geographic magazine.
I used plastic household objects from my private collection that I had taken to De Torenkamer, and I was allowed to use expired medicines from the Staring Apotheek pharmacy, provided nobody can take them when exhibiting the work. Interviews about the process during the residency were broadcast on Mon-Wed-Fri at 11 PM at Opium on Radio 4. 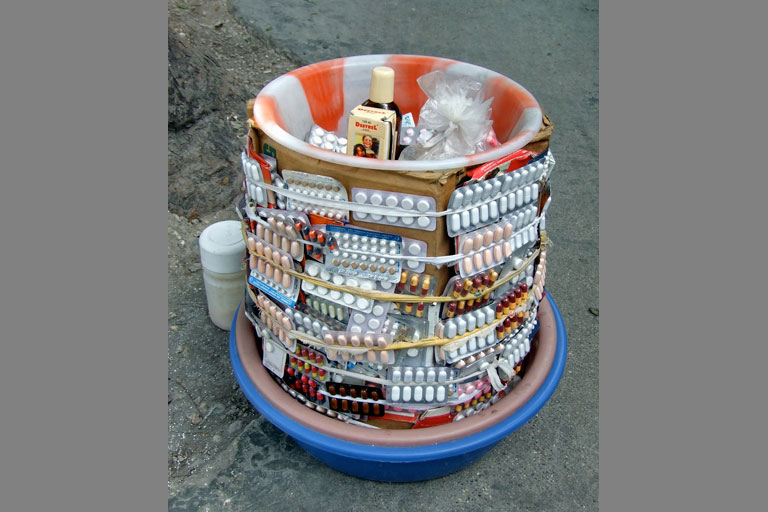 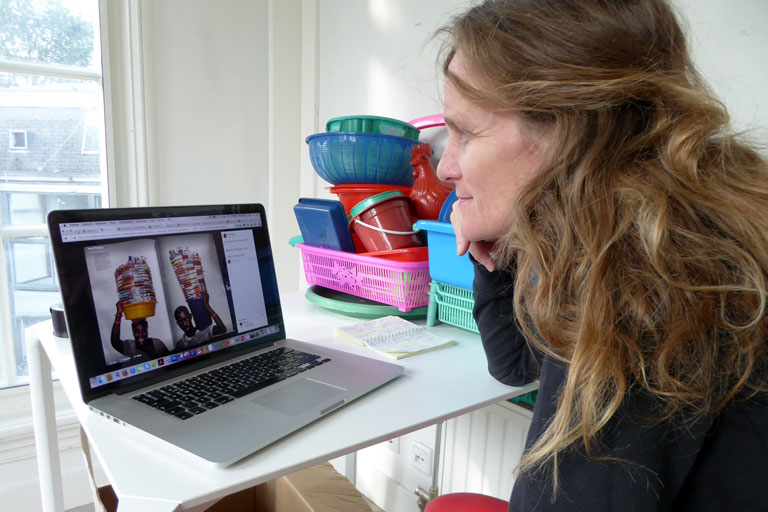 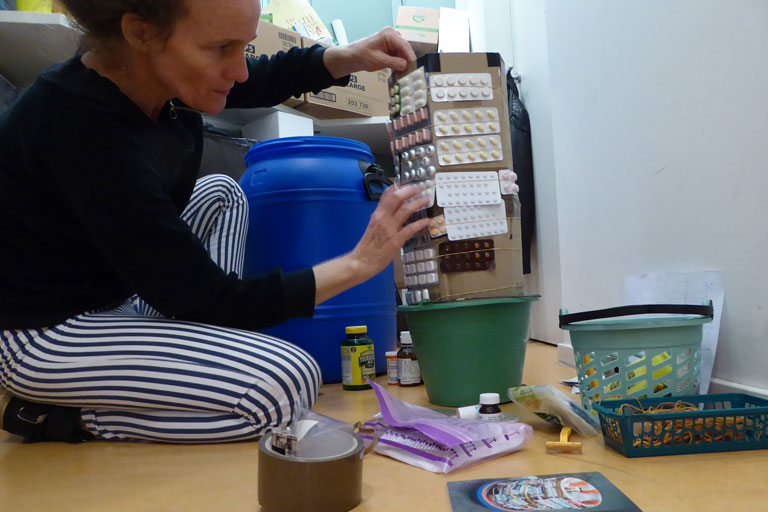 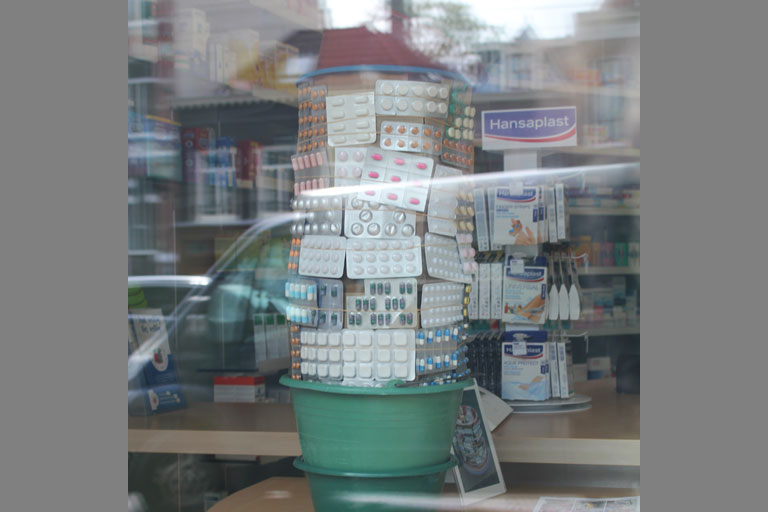 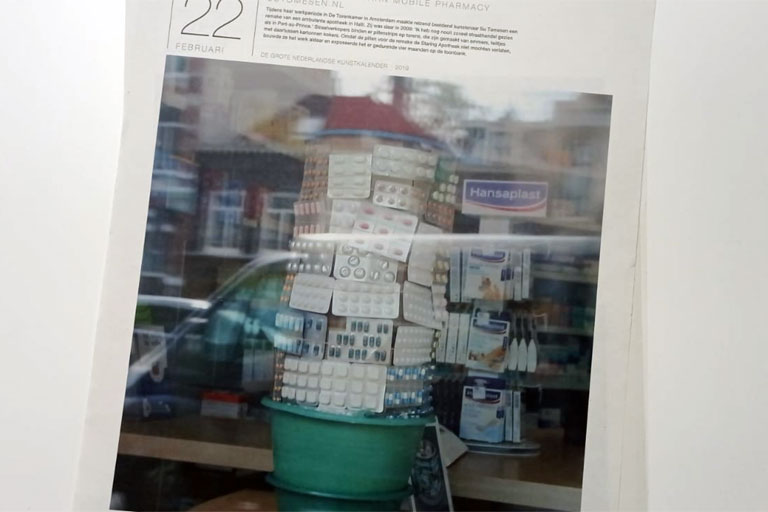 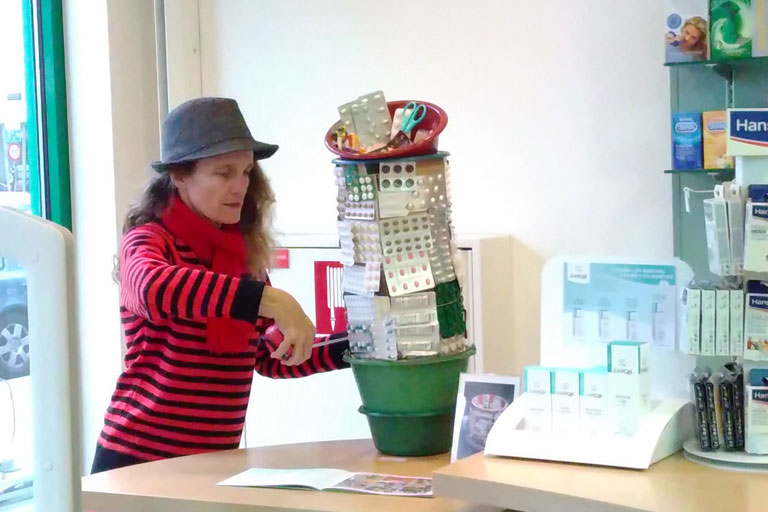