Since I was not able to attend the opening of the AIRLAB Spring exhibition at the end of my artist-in-residency I asked flower seller Valbona, whom I had been filming for Rruga, to represent me via my work. For 15 years already Valbona had been selling flowers at the corner of the villa where the former dictator Enver Hoxha lived in the Blloku area. When I was in Tirana for the third time in 2010 I accidentally photographed her, in the same corner with her merchandize: flowers.

I filmed Valbona looking in the lens; this video was projected in the gallery, creating a diptych with the florist herself present to sell her flowers. To quote curator Stefano Romano: “Reality is duplicated in time and space, creating a short circuit between a one-way media such as video, in which the audience can only look at Valbona selling her flowers, and the reality in which Valbona, dressed in the same clothes as in the video, sells her flowers to people in the gallery. It’s as if this repeating gesture in a continuous exchange with the video, transforms reality in the loop of itself.” 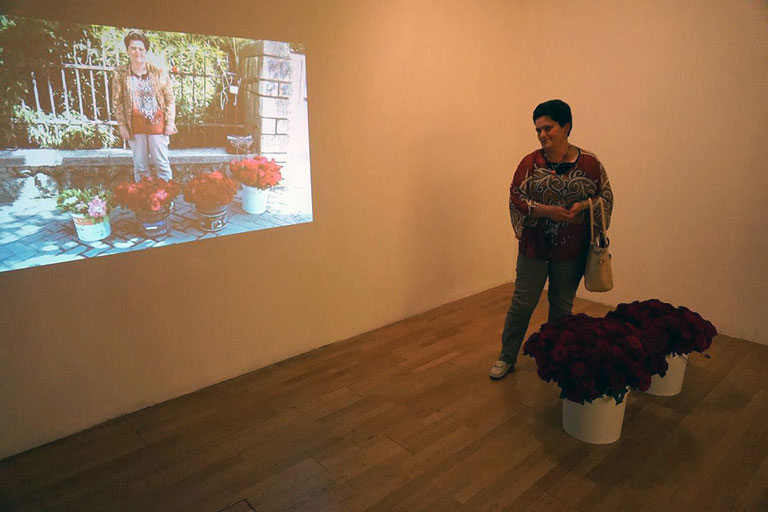 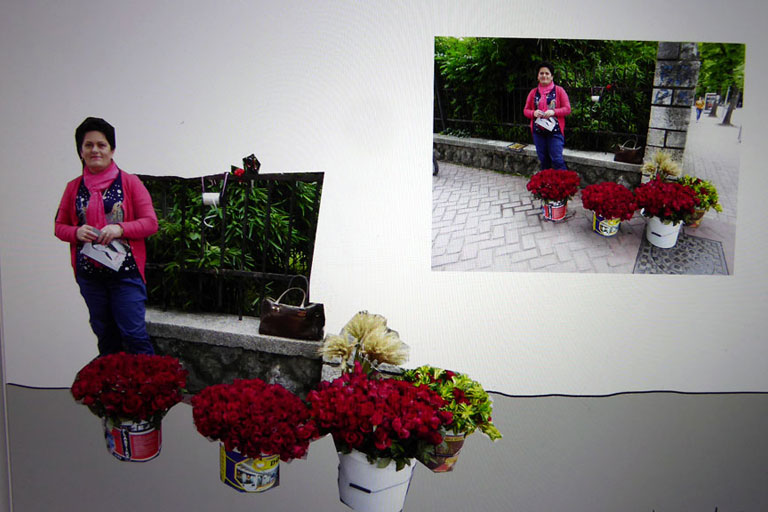 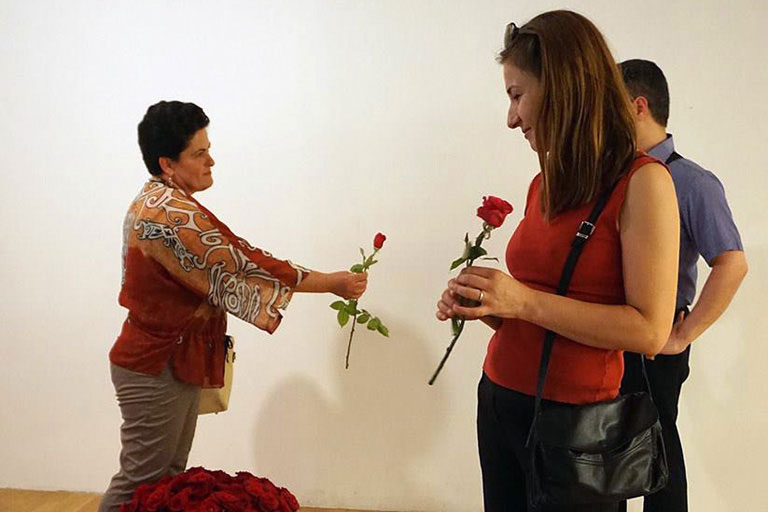 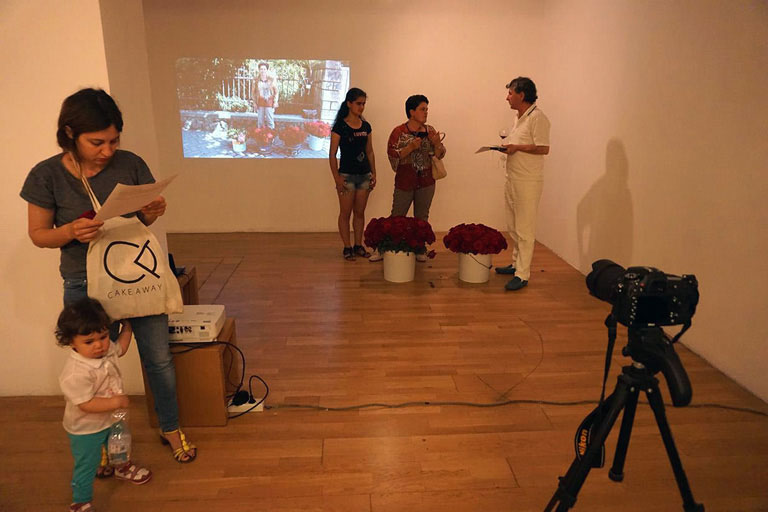 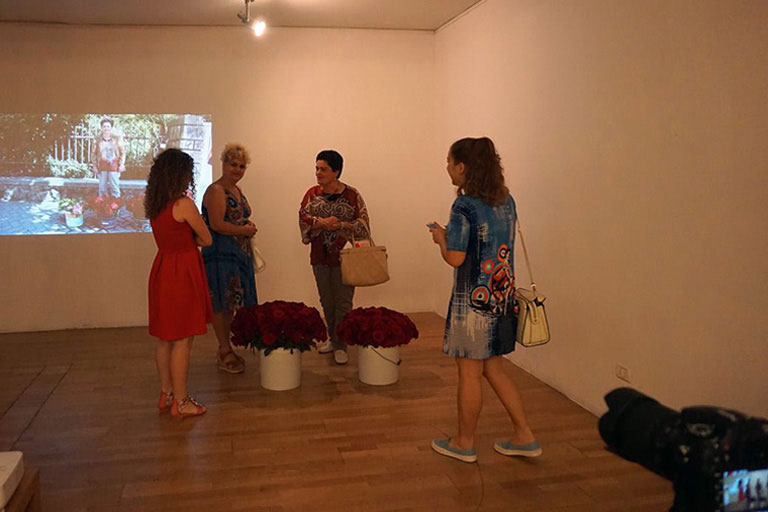 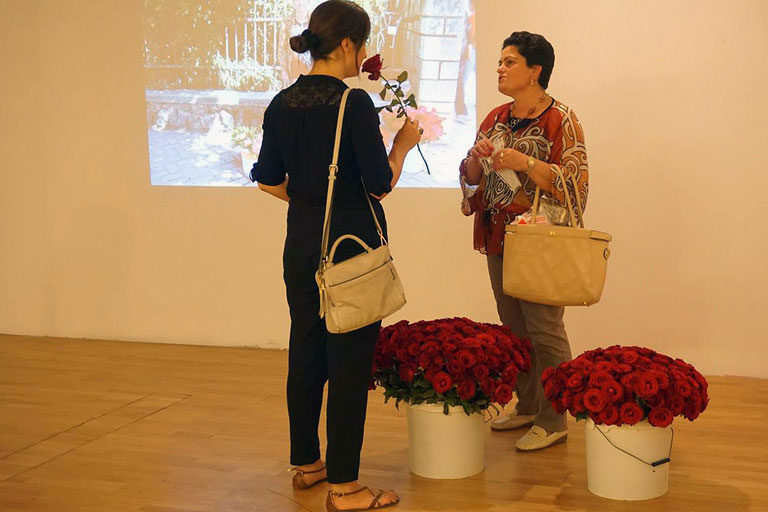 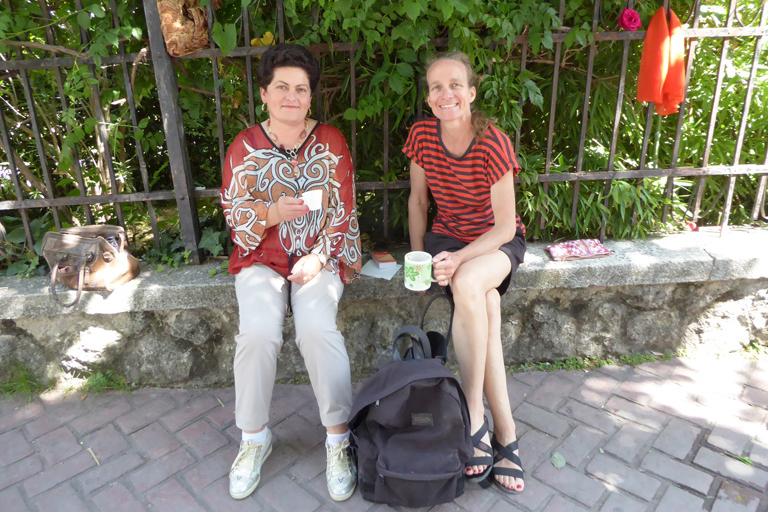 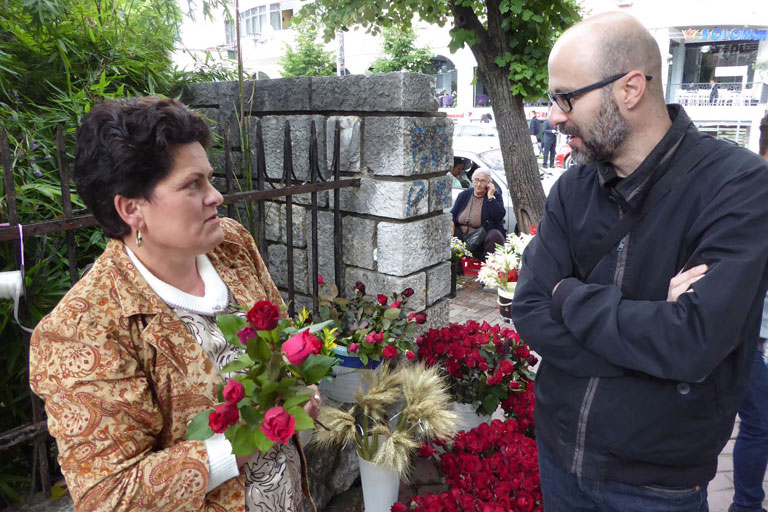 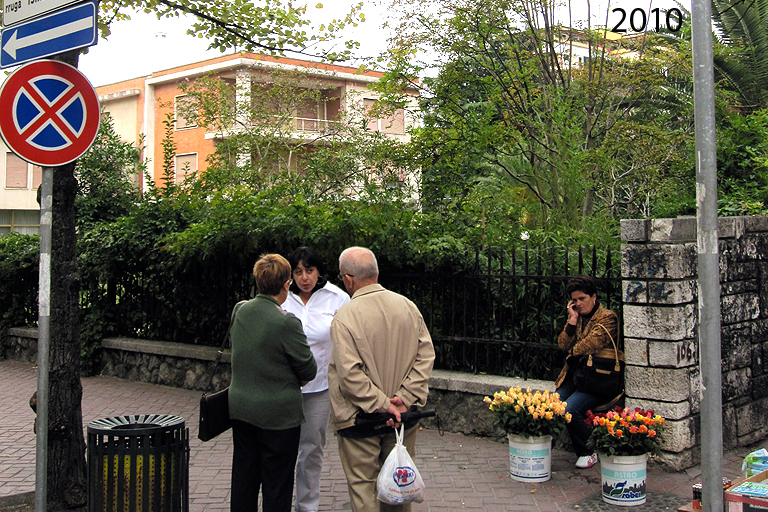 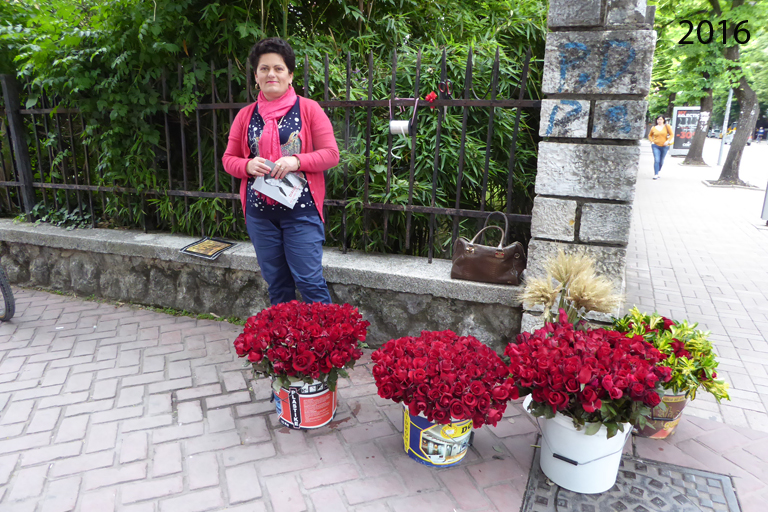