SUPER SALE was my contribution to Parklicht 2017. The exhibition took place from 28 to 30 December in the Oosterpark and was curated by John Prop and Loes Diephuis from Stichting Polderlicht. Because of my Indonesia connection they asked me to establish a relationship with the Tropenmuseum located at the eastern side of the park.

In an extension at the back of the museum I realised a shopwindow with an arrangement of the 3 x 82 different cheap industrial plastic household products from Indonesia (from the Plastic Indonesia collection). These items were placed behind tightly stretched net curtains. The whole thing was reminiscent of a shop, but the installation also reminded of a contemporary collection in a ethnographic museum.
The extension of the Tropenmuseum and the staircase next to it do not match with the rest of the building's architecture. Because of that it has something organic; a construction method that is often seen in countries outside the regulated West. During Parklight - which takes place in the evenings - one could see the extension thanks to the the bright TL lighting that came from it, in a dark environment. When coming closer, one could hear Indonesian street sounds: the soundtrack of the film Jalan.

SUPER SALE touched on various themes: colonialism in the Dutch East Indies, the in 2017 recent cuts of the Tropenmuseum, exploitation of people, bottom prices, capitalism, sweat shops, the bottom of the job market, consumerism, plastic pollution. During the (only!) three evenings of the exhibition I had many conversations with visitors. 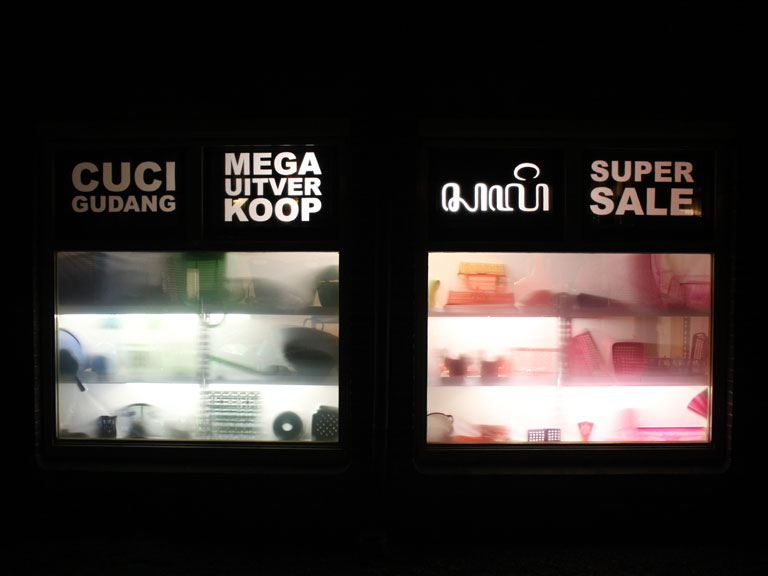 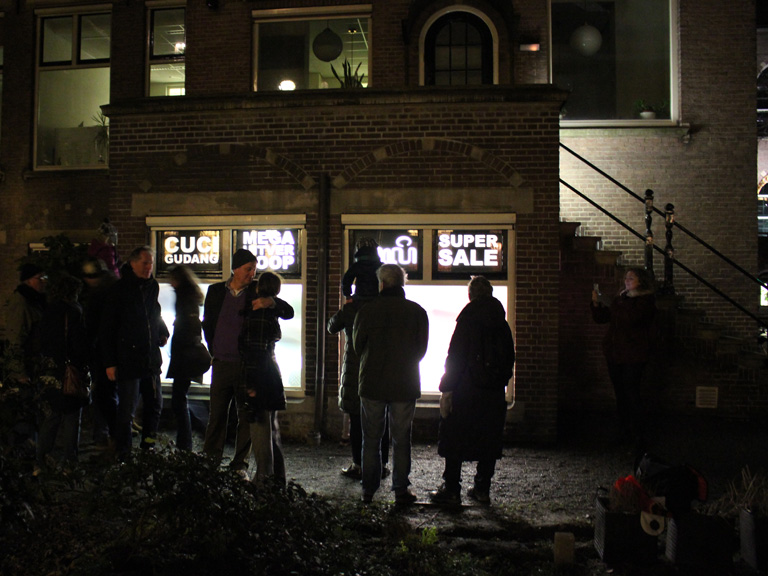 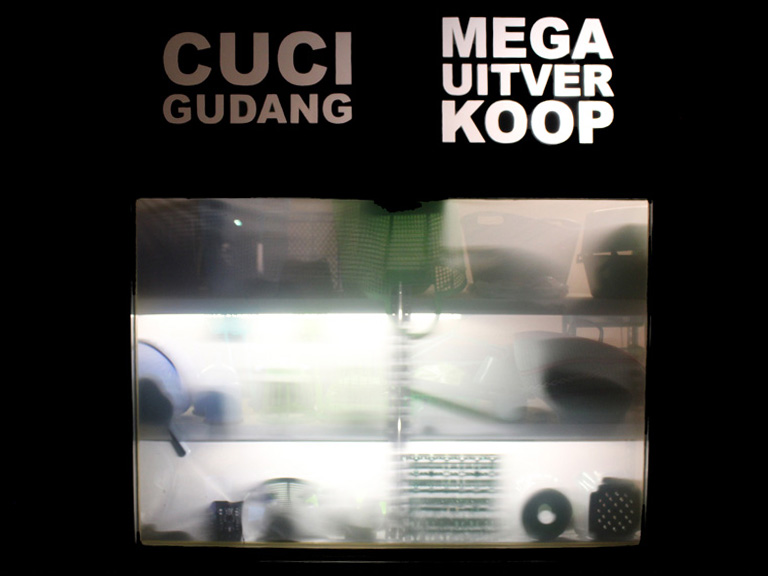 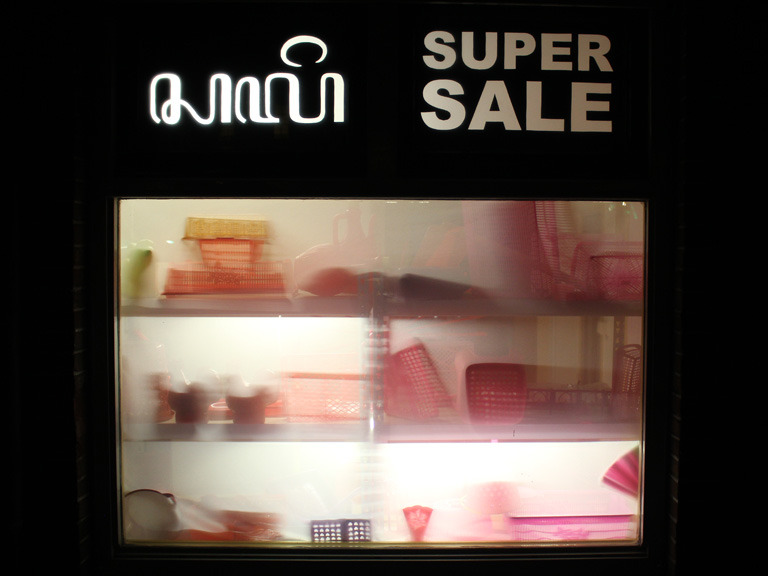 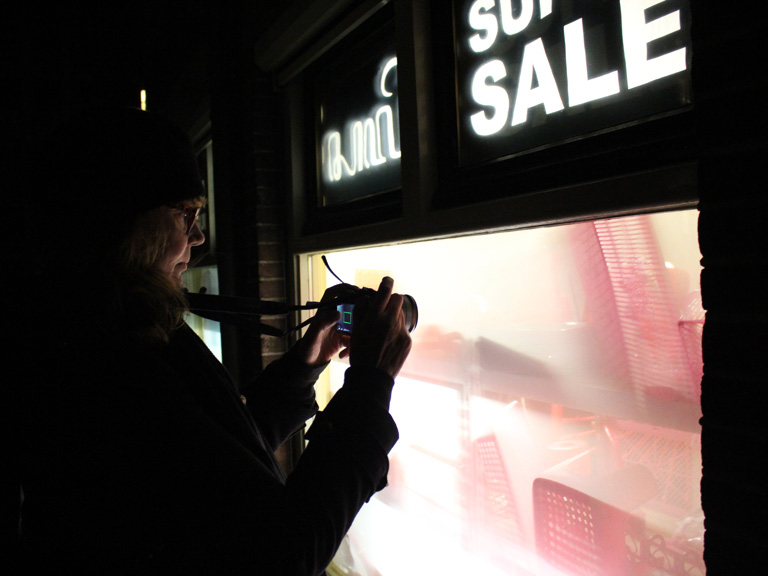 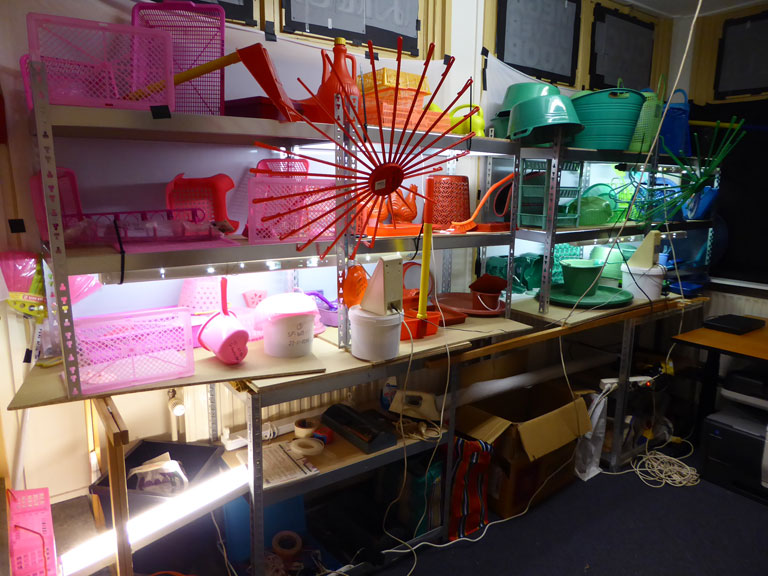 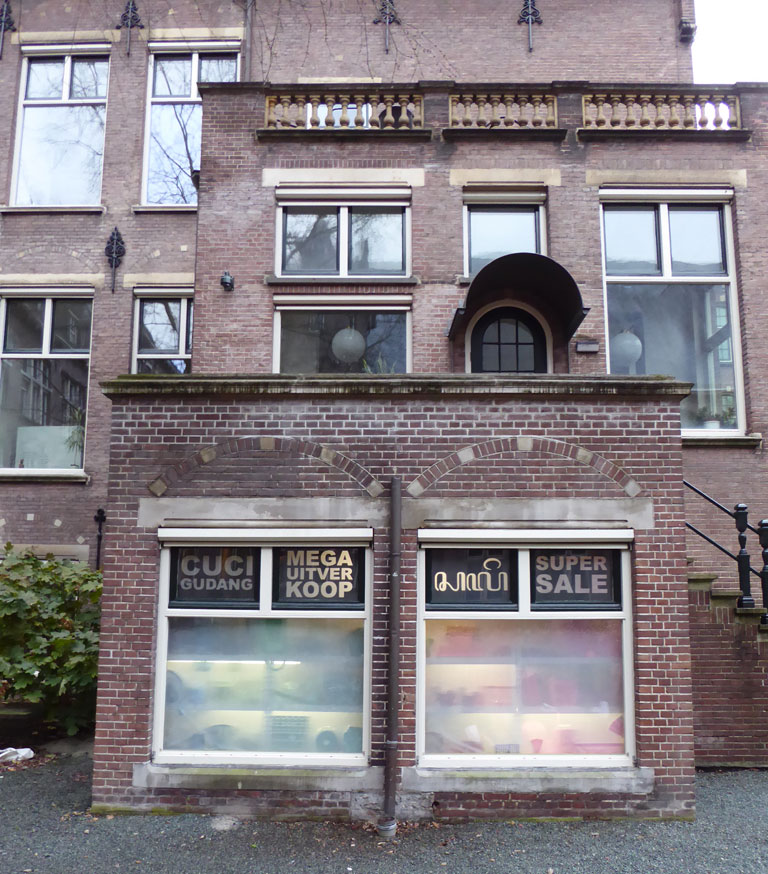