Parade (working title)
In progress, performance in public space in Yogyakarta, Indonesia
Parade Pedagang Keliling, in short Parade, is a parade of street vendors ("pedagang") that go around ("keliling").

Early 2020, just before the pandemic, I researched the possibilities for a new work in public space in Yogyakarta during a residency at Kedai Kebun Forum. I collected  sounds of ambulant street vendors. In Indonesia these sellers use 'tools' or 'instruments' to get attention from potential customers: the sound of a fork on a bowl, spoon on a glass cup, wooden stick on bamboo etc. Different sounds refer to specific food or drinks.

With a development grant of the Amsterdam Fund for the Arts and the knowledge of composer Sinta Wullur as well as music teacher Michiel Niemantsverdriet, I wrote a composition with the specific sounds in 2021. The composition is based on the structure of Javanese gamelan.

In December 2022 - January 2023 I will return to Yogyakarta. The aim is to rehearse the composition with the vendors and prepare the parade with local producer Fitri Kristiyoarti and a film crew led by Kurnia Yudha. Later in 2023, in the dry season, I like to realise the performance with a parade through a few streets in the south of Yogyakarta. Afterwards there is free food and drinks presented by the vendors. All this will be filmed and is the footage for a new multi channel video installation. 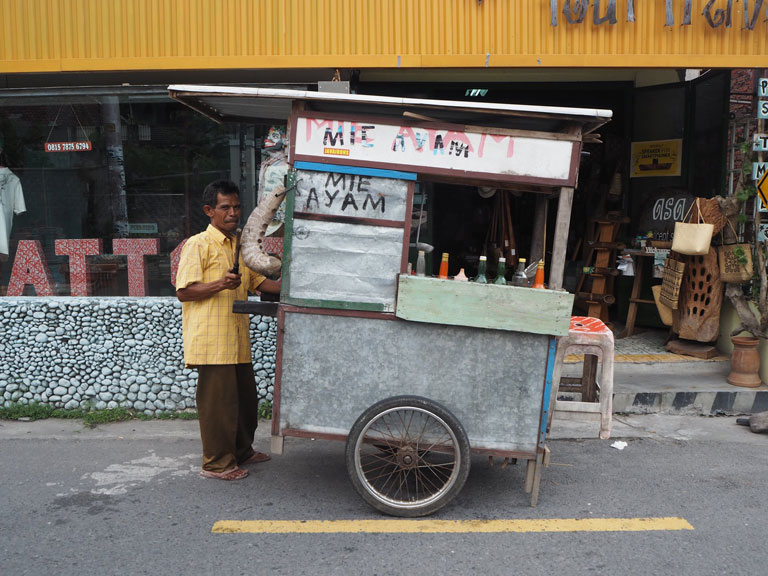 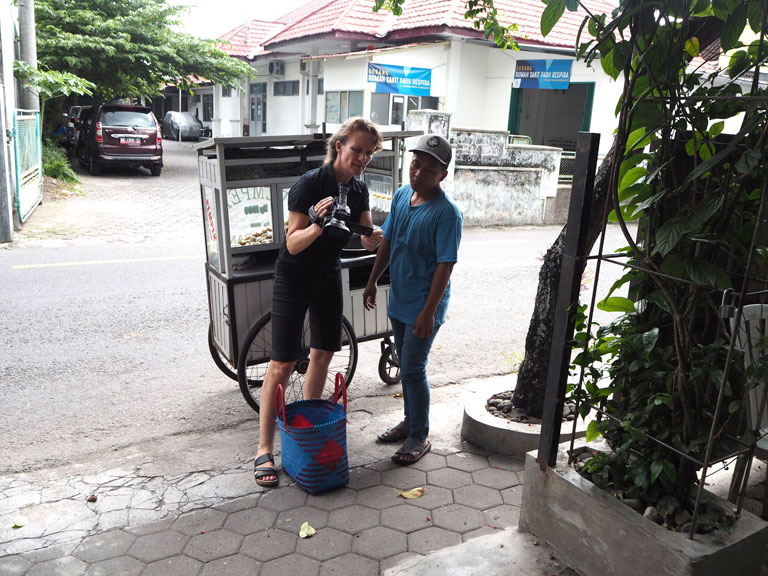 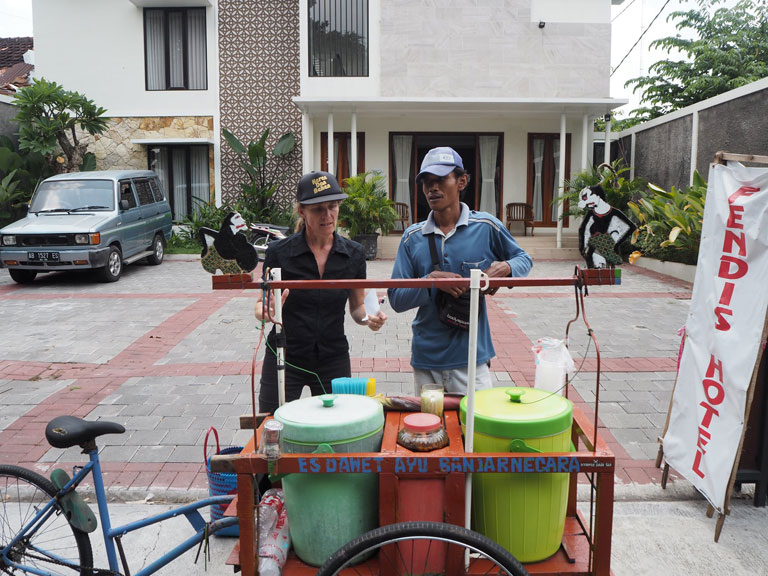 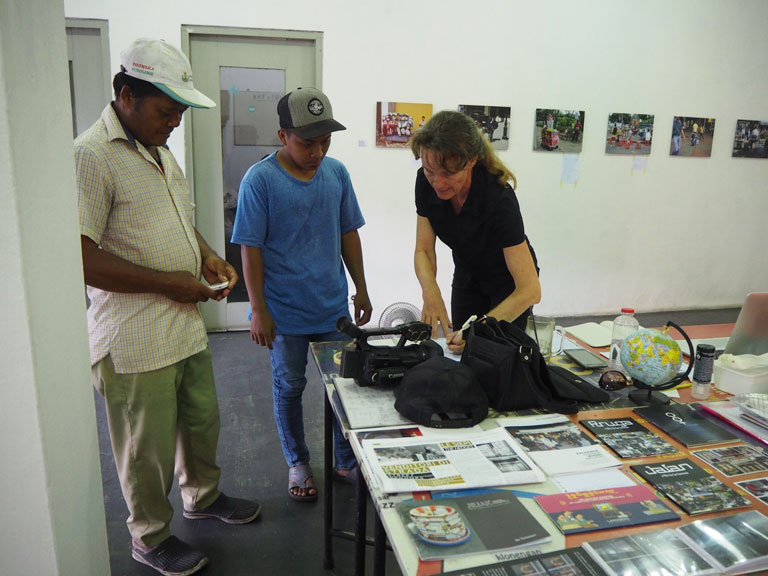