I & I was the first collaboration of Teguh Hartanto and me, resulting in screen prints on canvas. At the time Teguh lived in Yogyakarta and I lived in Amsterdam. Before the show in Jakarta we had an exhibition at De Aanschouw in Rotterdam in 2011. Out of this evolved the big photo project and exhibition commissioned by Erasmus Huis, the cultural centre of the Dutch embassy in Jakarta in 2011-2012.

Teguh and I exhibited 25 screen prints of multi ethnic couples living in Indonesia, especially in Java. Couples like us, but also Javanese-Flores or Javaness-Balinese couples. Teguh stated: "Multi ethnicity is part of the Indonesian concept Unity through diversity. Without blending, it's hard to get the concept going”.
I & I was also about us: while Teguh paints "with the feeling" at his house in a village close to Yogyakarta, I research urban situations and mostly work with tools such as cameras. We find our balance because we both work spontaneously and visually. In I & I my digital photos were the base for the prints by Teguh. For making the film he used the sun.

We presented our work at Erasmus Huis from February 15 until March 9, 2012. The show was curated by Ton van Zeeland and Suni Wijogawati Sudradjat. With the exhibition came a catalogue, containing all screen prints and interviews with the couples that have been portrayed. 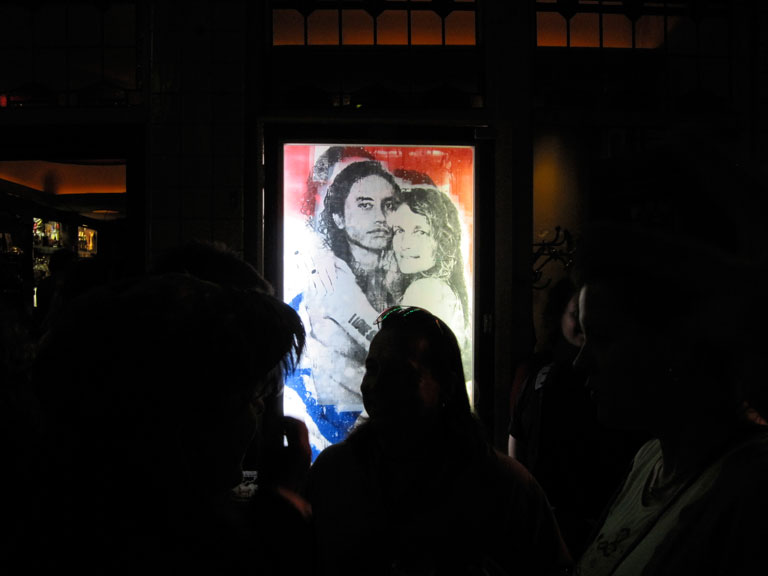 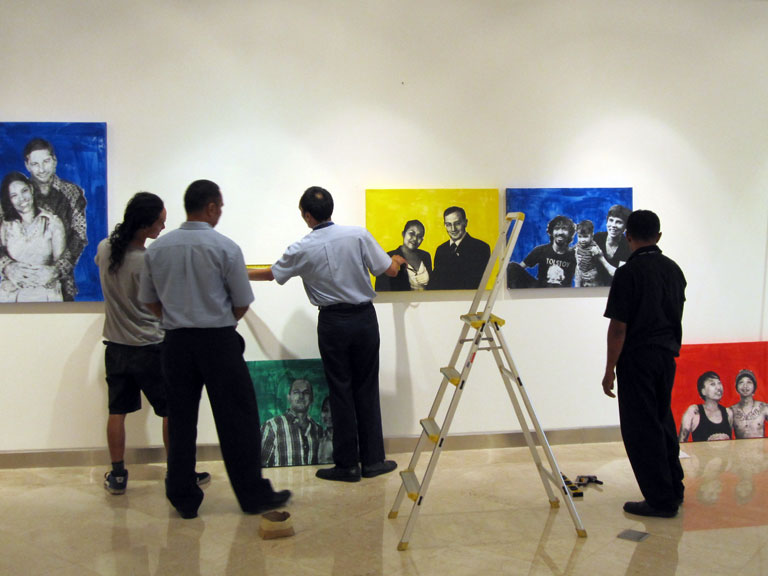 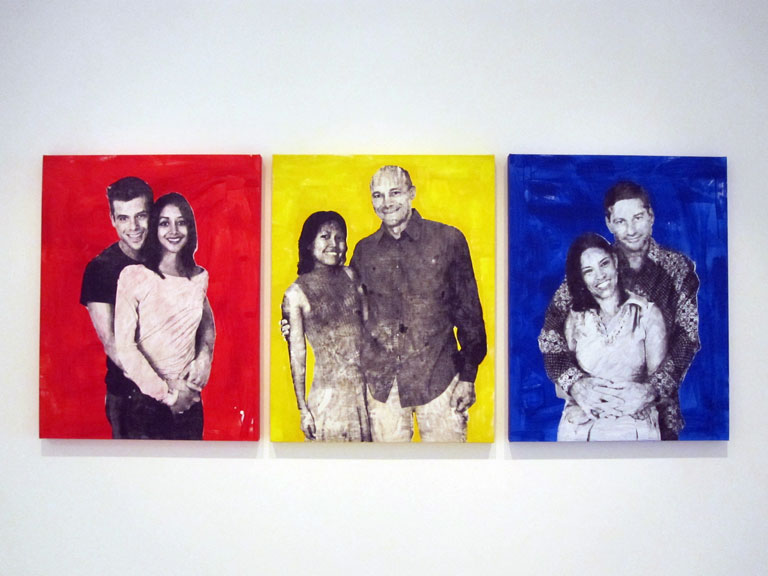 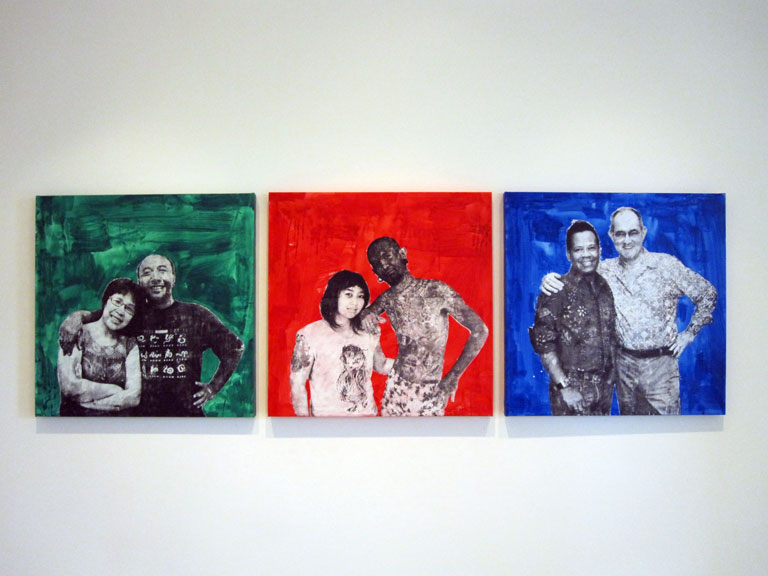 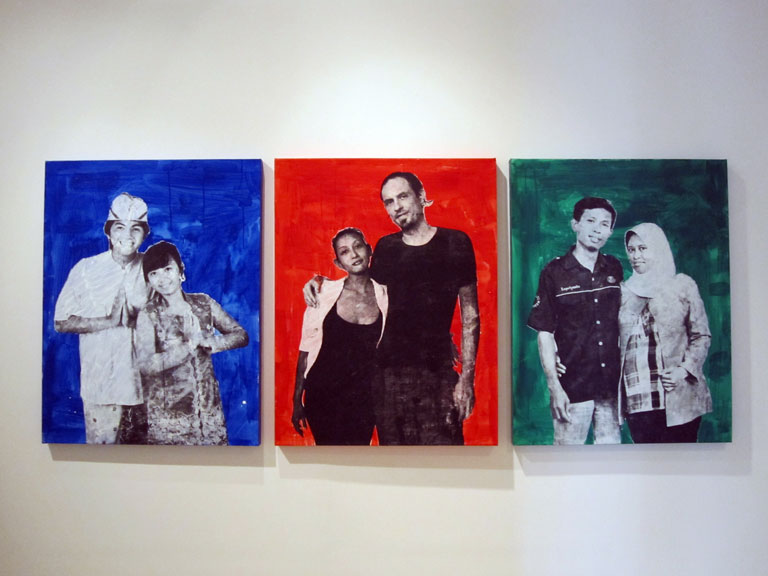 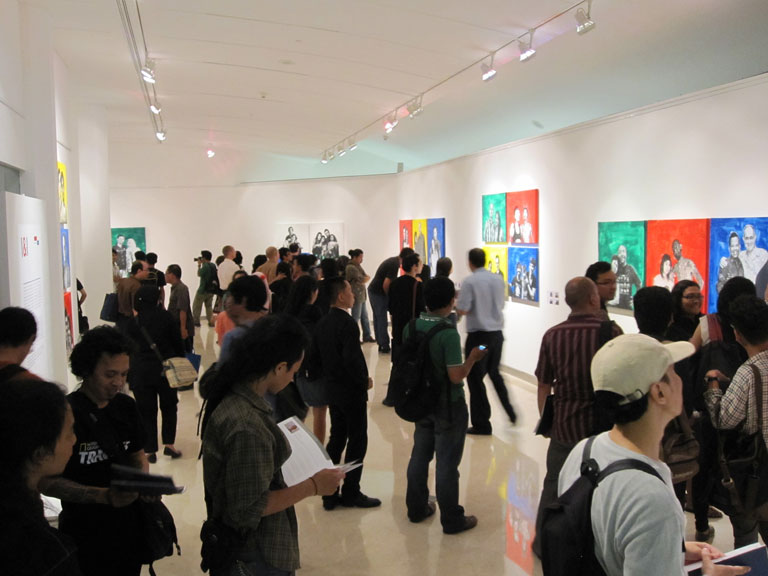 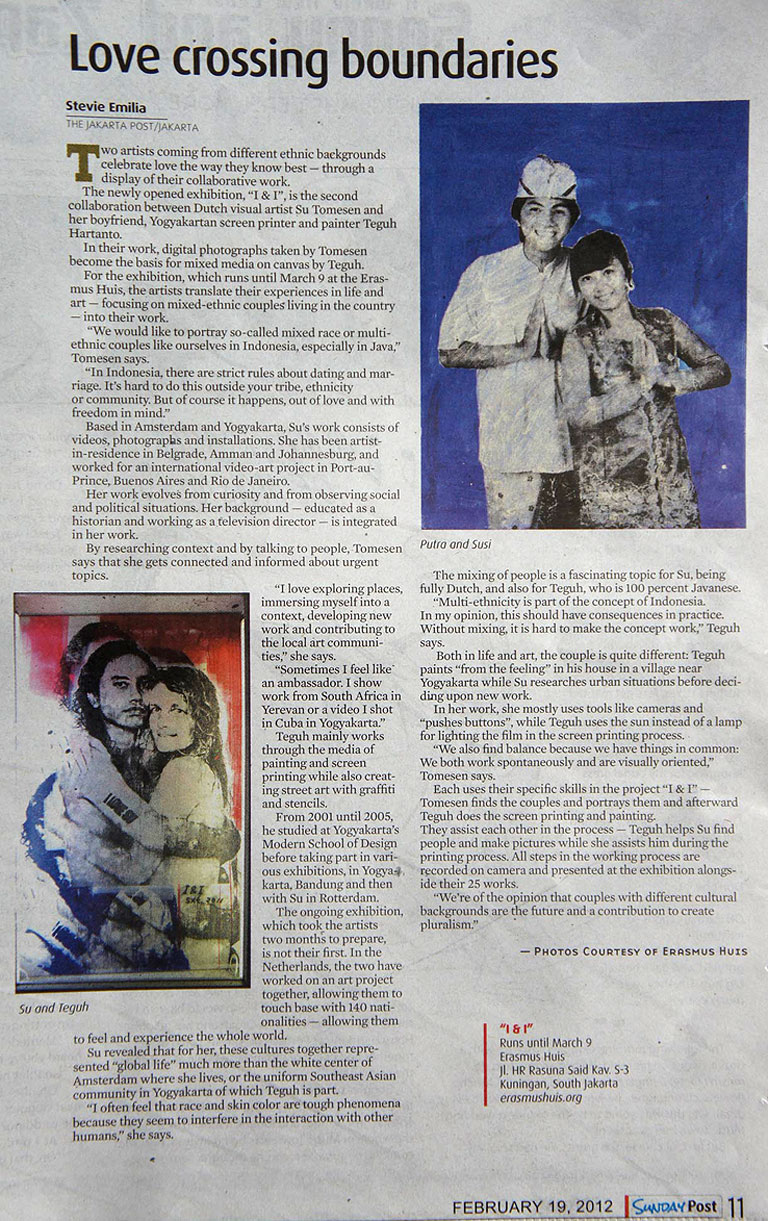 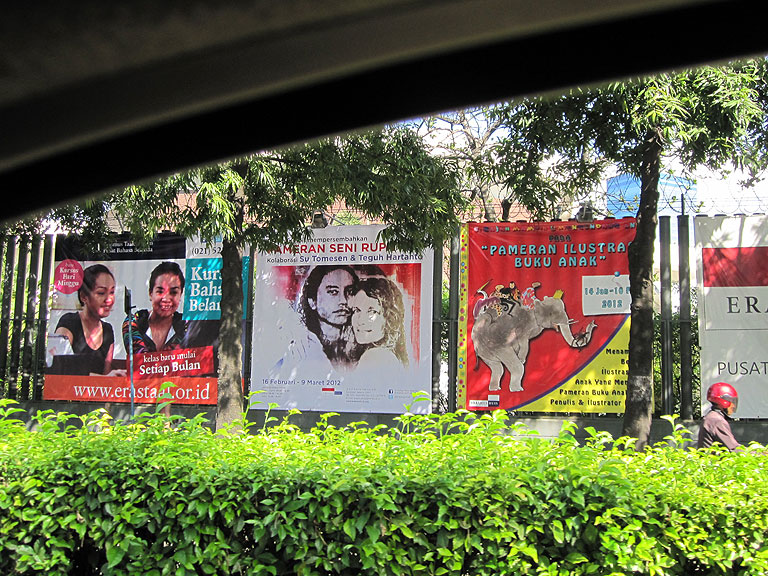