In the project ExchangeChangeWisselWechsel - Encounters across the border I photographed people and places around the borders of the so called Meuse-Rhine Euro region: the area where the Southeast of the Netherlands, the Northeast of Belgium and the West of Germany meet. My research focused on the presence of cross-border economic activities, in which I also included histories of migration. A selection of photographs were screenprinted by my husband, fellow artist Teguh Hartanto, in Yogyakarta, and I had another selection c-printed.

The project was commissioned by Adriaan Himmelreich, conservator Collection Provinciehuis Limburg in Maastricht, and was part of the annual photo and media project This Is Us of the Province of Limburg, aiming to portray the region and its inhabitants and visitors.

The prints and photographs were presented at my solo exhibition ExchangeChangeWisselWechsel in Provinciehuis Maastricht. The exhibition took place from May 24 till July 4, 2014. The opening was done by art critic Sacha Bronwasser; the video of the opening was filmed and edited by Ben Brack. With the show a catalogue was published with the texts ExchangeChangeWisselWechsel, foreword by Ad Himmelreich and The commerce and customs of cross-border commuters by Jean Boumans

Photographs and screen prints of ExchangeChangeWisselWechsel are part of the art collection of Provinciehuis Limburg, Maastricht. 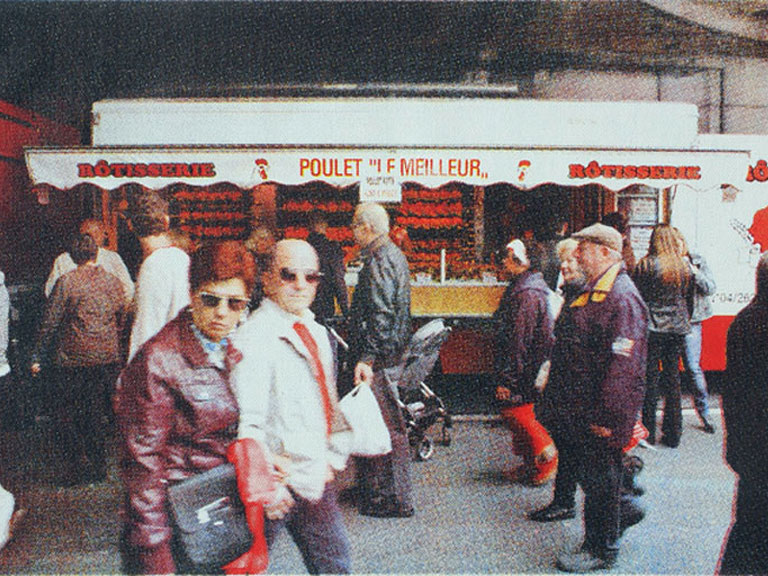 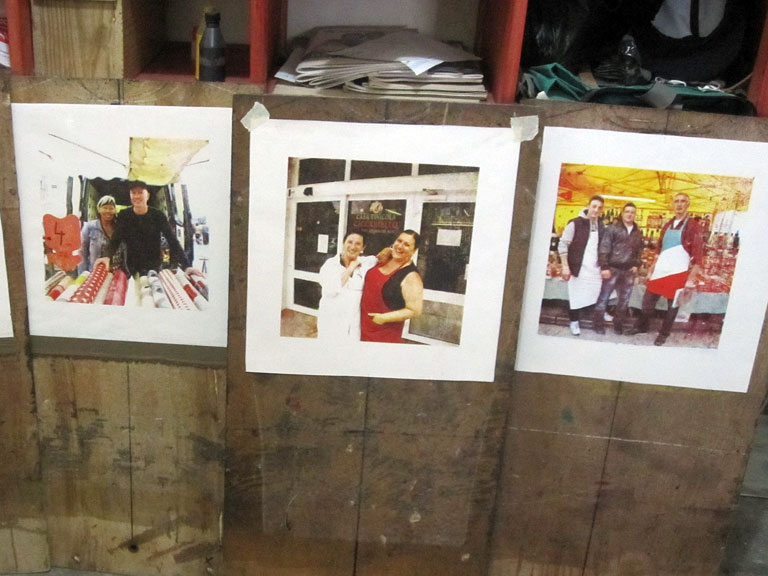 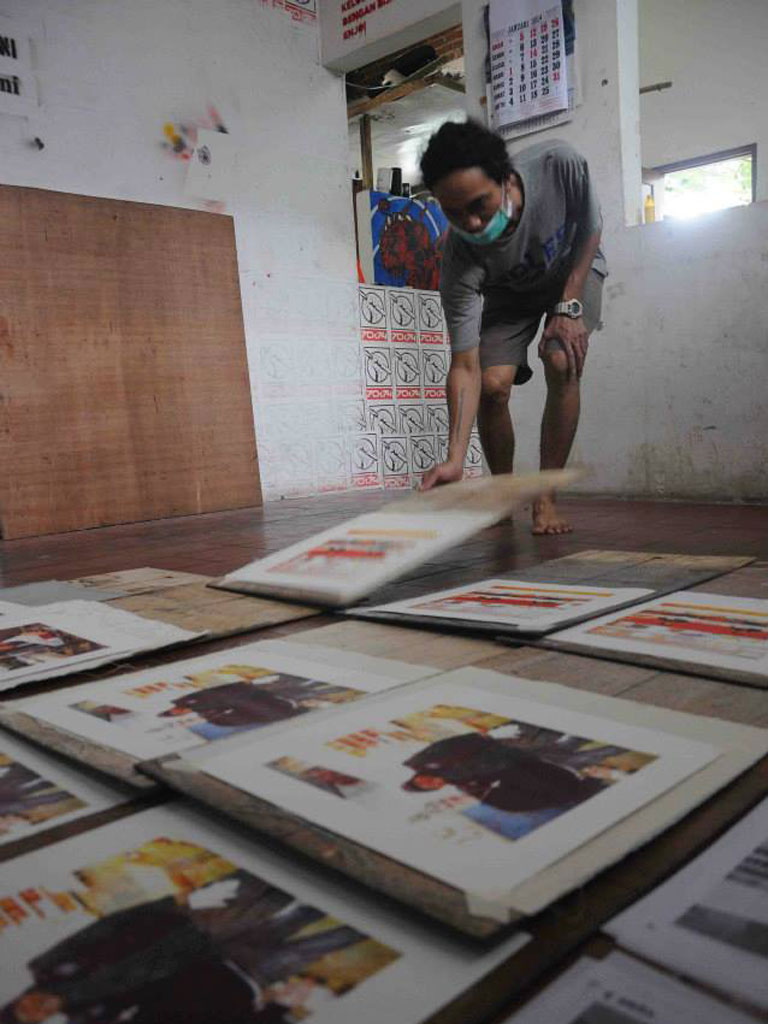 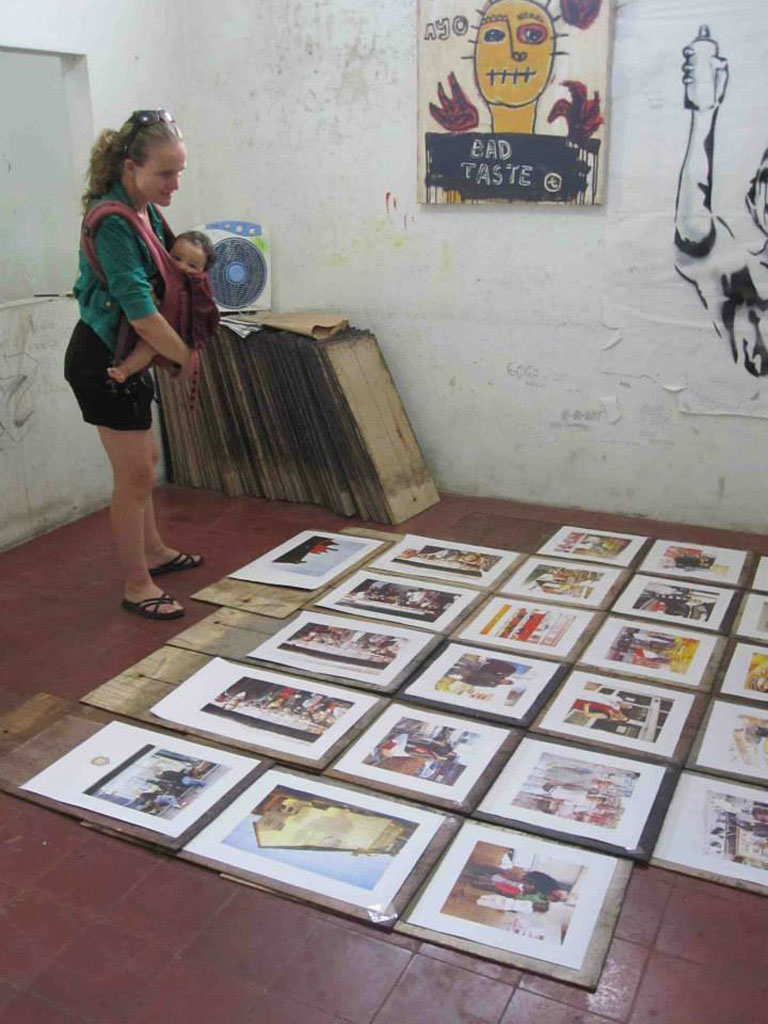 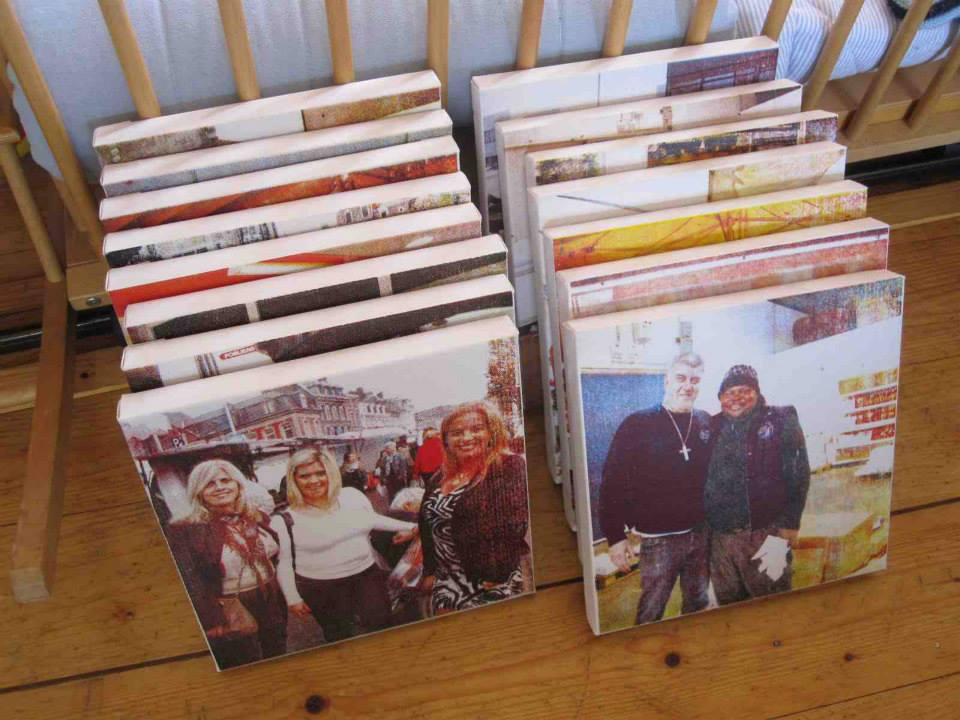 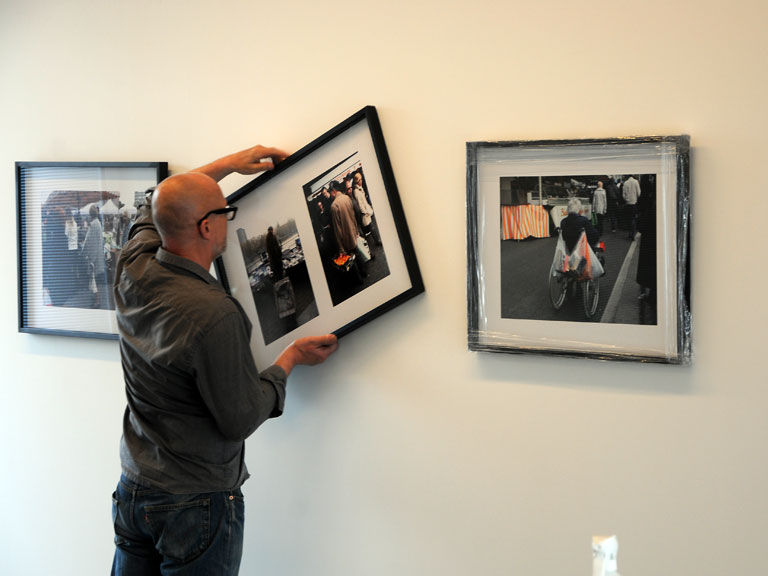 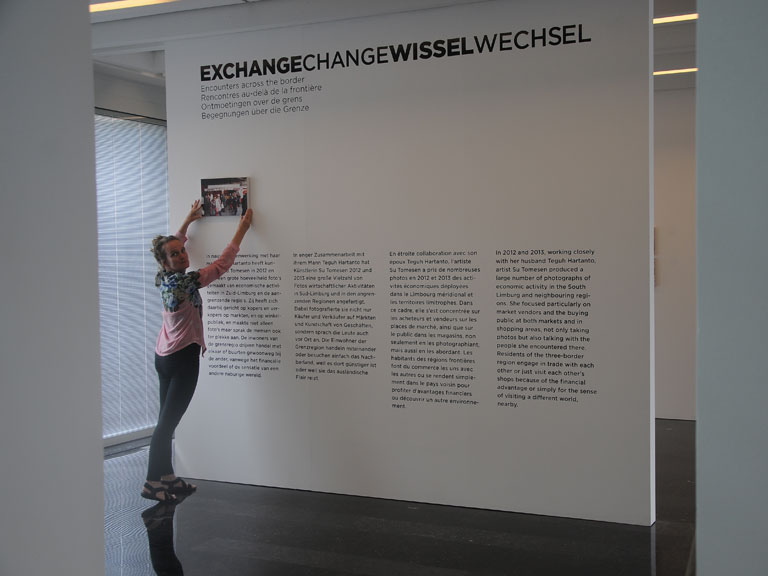 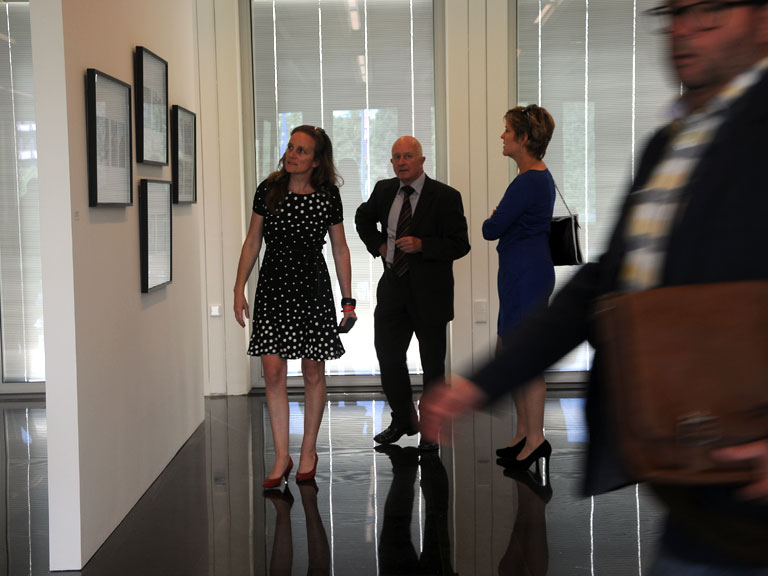 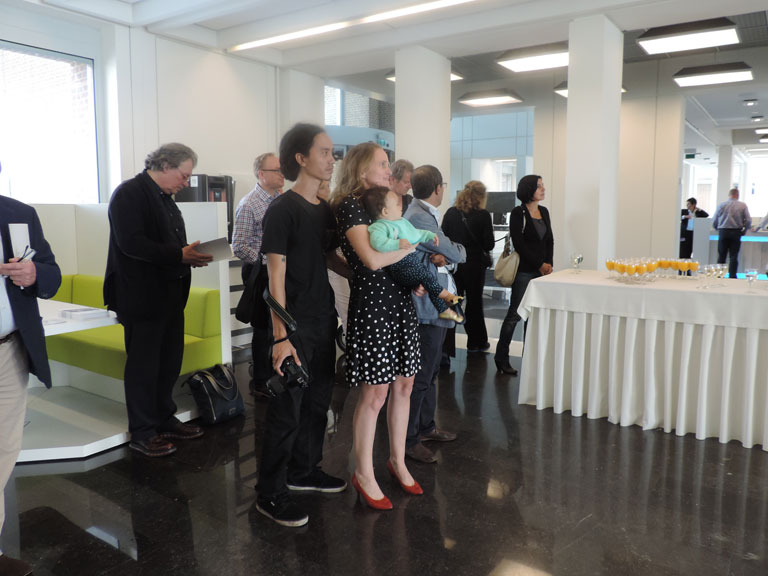 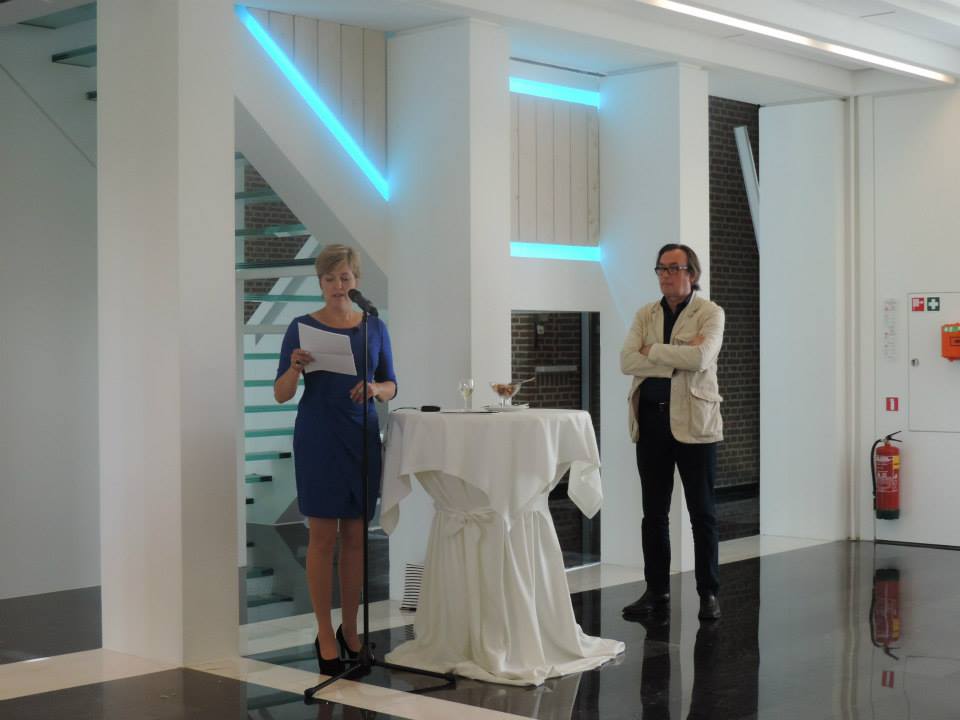 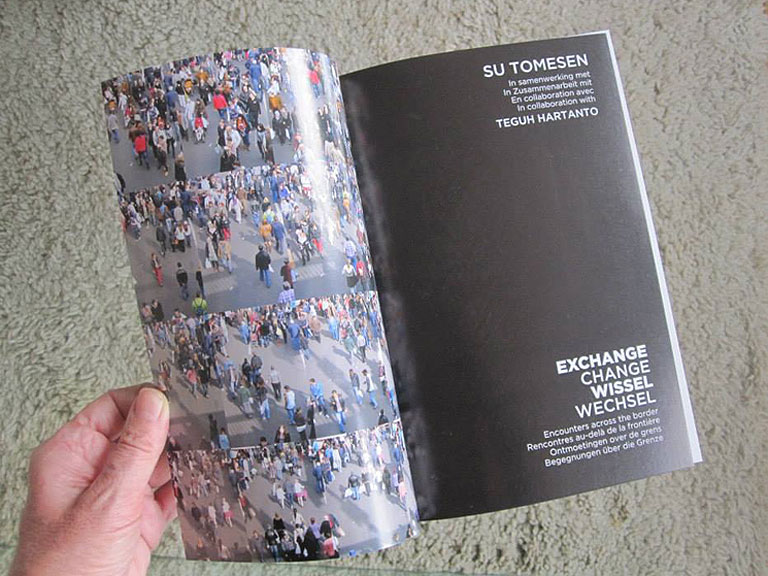 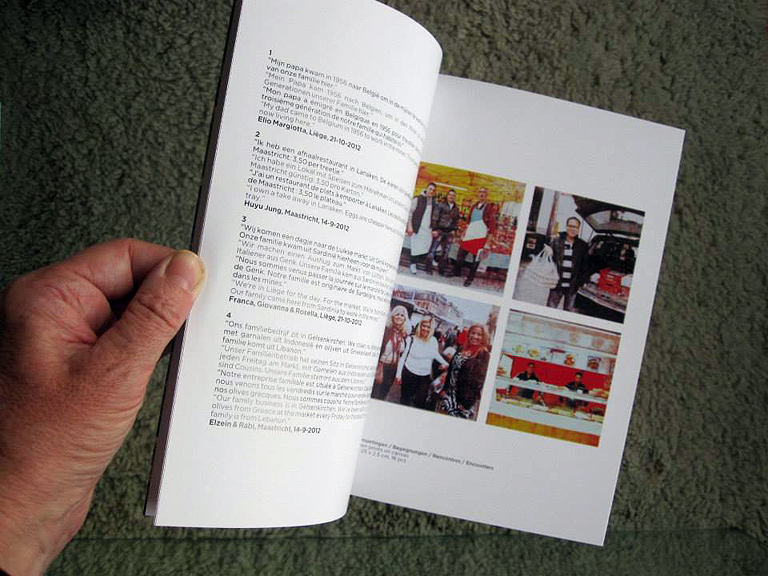