ExchangeChangeWisselWechsel. The title could almost be a line of poetry, but in fact it is a reference to the border currency exchange offices that, like the customs stations straddling the three-border region, are now largely a thing of the past. Up until the introduction of the euro on 1 January 2002, exchange rates between the three familiar currencies (the franc, the guilder and the mark, as well as their predecessors) were part of the daily reality in this three-border region. In a manner, they even obscured it – certainly when all three foreign currencies were welcome. The drawing and redrawing of national boundaries over the centuries has made little true impression on the region's colourful character. Nor has the way in which the locals behave with each other, despite the huge cultural differences.
The different environment, different language and different rules of each have not changed. Neither has the local commerce. And, consequently, the sense that those ‘others' are ordinary neighbours who, when all affairs have been concluded, will naturally retire back to their own street or own village and their own language and customs.

ExchangeChangeWisselWechsel is a project developed by the artist Su Tomesen (born in Beek, Limburg, in 1970, currently residing in Amsterdam and Yogyakarta) and is the second product of a larger photo project commissioned by the province of Limburg as part of its multi-year project titled Dit zijn wij – portret van het leven in de Euregio Maas-Rijn (‘This is us – a portrait of life in the Maas-Rhine Euroregion’). The first commission, extended to Chris Keulen, resulted in a publication titled Chez nous in 2013. From each of the project’s resulting photo series, a number will be selected for incorporation into the collection of Maastricht’s provincial government, housed in the Gouvernement building along the Maas River. Next to be added to this collection is Su Tomesen, who has taken her own slant on the Euroregion. As well as these images, the present publication includes a critical analysis by Jean Boumans, a consultant on art in public space.

In 2012 and 2013, working closely with her husband Teguh Hartanto, Su Tomesen produced a large number of photographs of economic activity in the South Limburg and neighbouring regions. She focused particularly on market vendors and the buying public at both markets and in shopping areas, not only taking photos but also talking with the people she encountered there. Residents of the three-border region engage in trade with each other or just visit each other's shops because of the financial advantage or simply for the sense of visiting a different world, nearby. Most of the images focus on the movement of goods by people who have themselves relocated for that very purpose. They are all snapshots taken in the moment during Tomesen’s local visits and personal encounters.

Tomesen has limited herself to the strictly necessary, crystalizing her focus out of an analysis of the many impressions gathered in her recent on-site explorations and as held up against her own childhood memories and subsequent experiences as a widely travelled artist and documentary filmmaker. This explains her preference for prosaic meeting places like markets, wholesalers and shopping centres. Further, this professional approach may also explain the almost Dutch directness of her images.
Approach and theme alike align closely with her upcoming film project, Jalan, in which she documents the ways in which inhabitants move forwards and engage in trade with each other, often improvising along the way.

Like the Indonesian word jalan, this work considers not only the paths we ourselves walk in life but also, and particularly, the meaning of the verb 'to go'. Su Tomesen counterposes the movement that generates connections with the ‘halt’ compelled by boundaries. 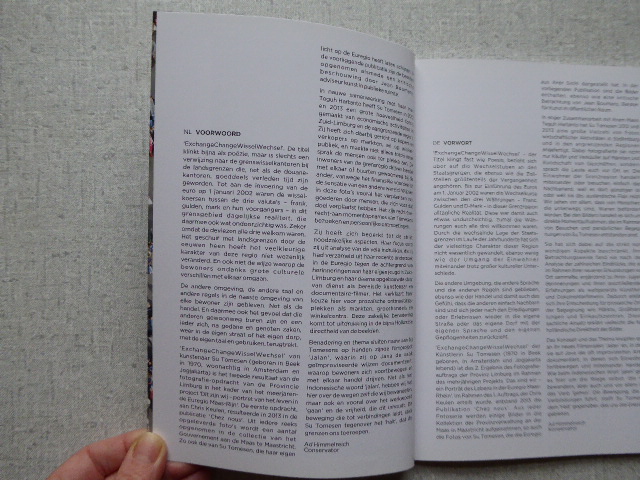