From December 3, 2008 until February 28, 2009 I was the Dutch artist-in-residence at Makan House in Amman, Jordan, made possible by Fonds BKVB (Fonds voor Beeldende Kunst, Vormgeving en Bouwkunst), the Netherlands Foundation for Visual Arts, Design and Architecture. Part of my residence was traveling to Syria, Lebanon, Oman, Palestine / Israel.
During the three months I developed the works THERE, Remember, Untitled (Palestine 1948) a.o. and presented them at the final solo exhibition THERE in the exhibition spaces and on the roof of Makan House. Read about the work period in Dutch: Artist-in-residence in een Arabisch land.

Press: JO-magazine, March 2009, and 7iber.com:
Visual artist Su Tomesen is currently a resident at Makan, from December 3, 2008 until February 28, 2009. The exhibition marks the end of her three month stay; it consists of new videos and installations presented under the title THERE. The opening on February 22 will be accompanied by a music performance.
The exhibition presents works that were inspired by Su Tomesen’s residency period in Amman exploring concepts such as identity and belonging within the local context. Although three months is a short period of time, the artist had the chance to live in Amman, walk its streets, meet people and share their personal stories. After some time, and after quite a bit of travel, she realized how immediate Palestine was in the daily life of people in Jordan, Syrian, Lebanon and Oman, outside of Palestine itself. Most of the people she met in Amman are of Palestinian descent, she could feel the trauma and displacement present in their personal histories.
The recent war in Gaza contributed bitterly to her residence. She has come face to face with what is known as ‘The Palestinian Cause’. She became witness to the drama and exposed to the media in the Arab World, more importantly, she became aware of the way people deal with it all. Her works approach the words HERE and THERE, and their political connotations within the context of this region. HERE might not be permanent. But is THERE a possibility? Or does it remain a far fetched utopia?
Su Tomesen lives and works in Amsterdam, the Netherlands. Her residence at Makan is funded by the Dutch BKVB foundation. Her videos, photos and installations often deal with situations in public space and originate from the context of a given situation or location. The works in THERE are a result of her artist-in-residence in Amman. At the time of writing Su is preparing to visit Palestine. 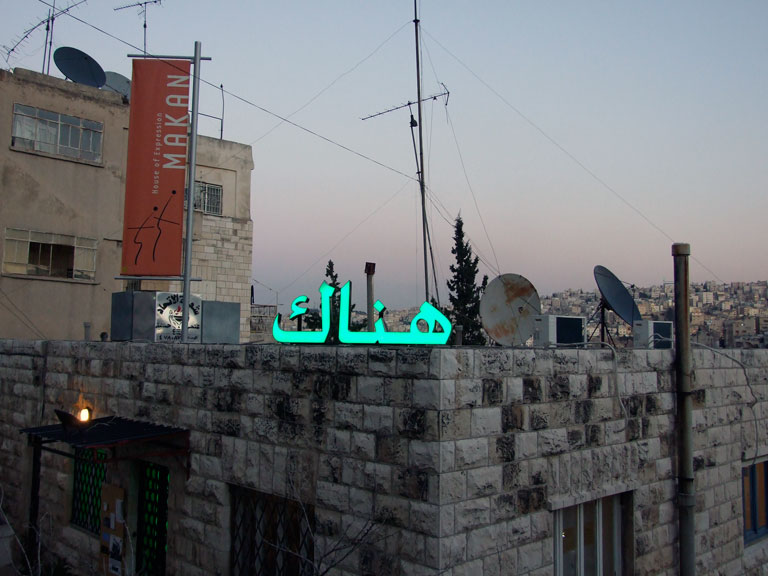 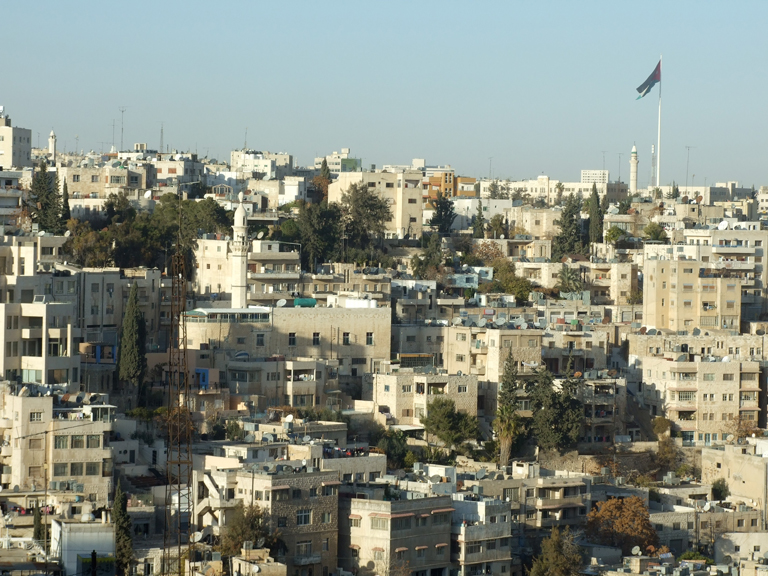 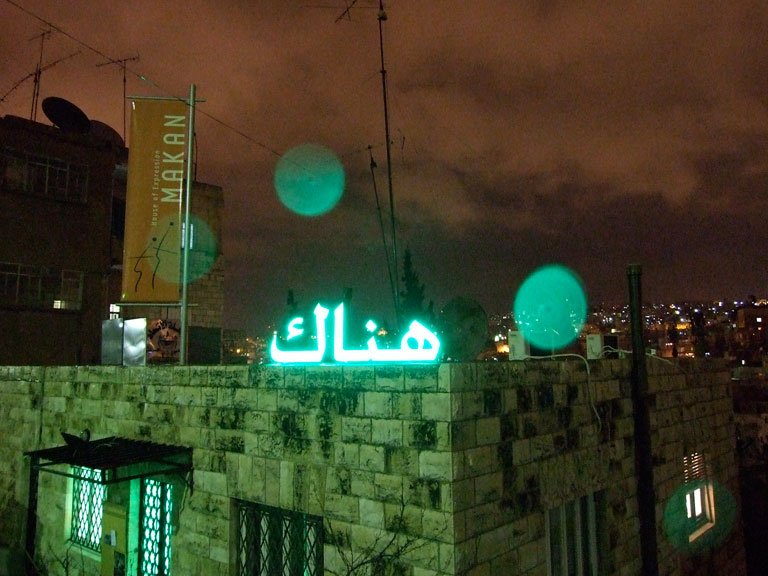 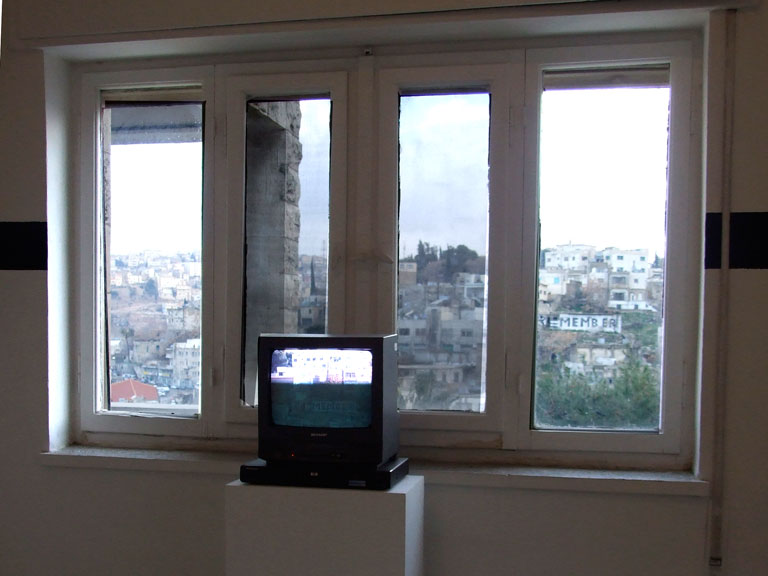 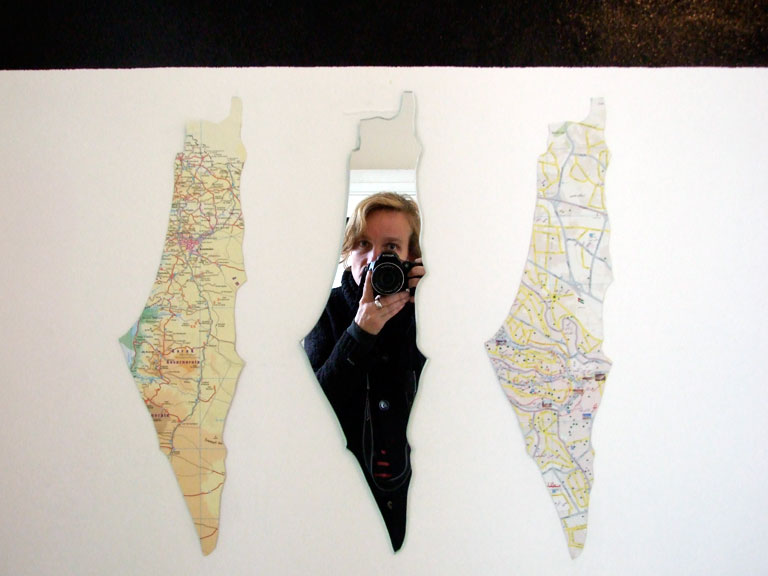 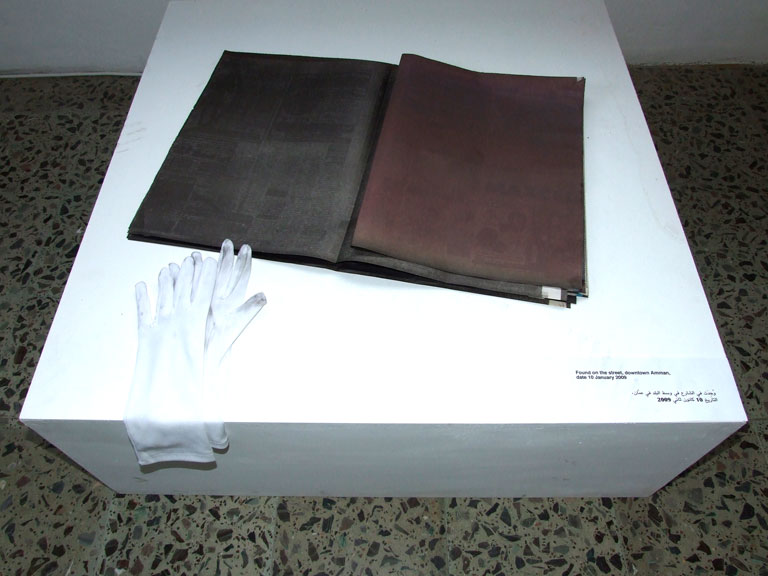 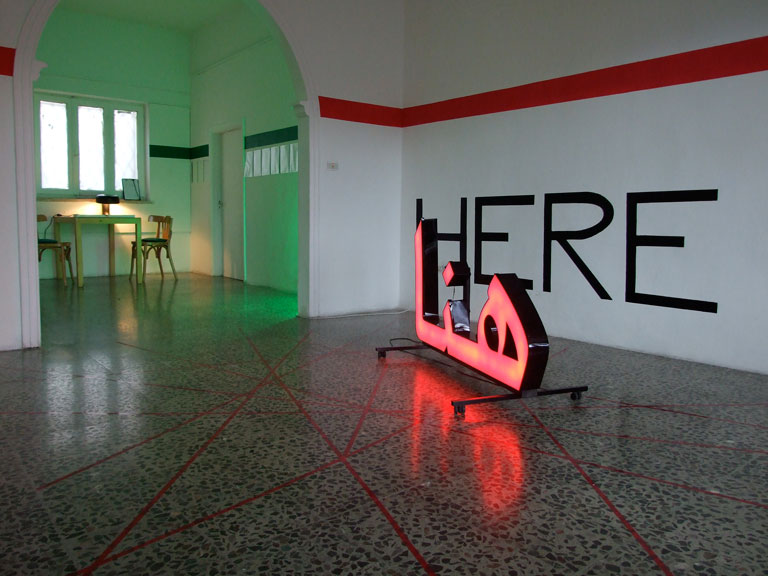 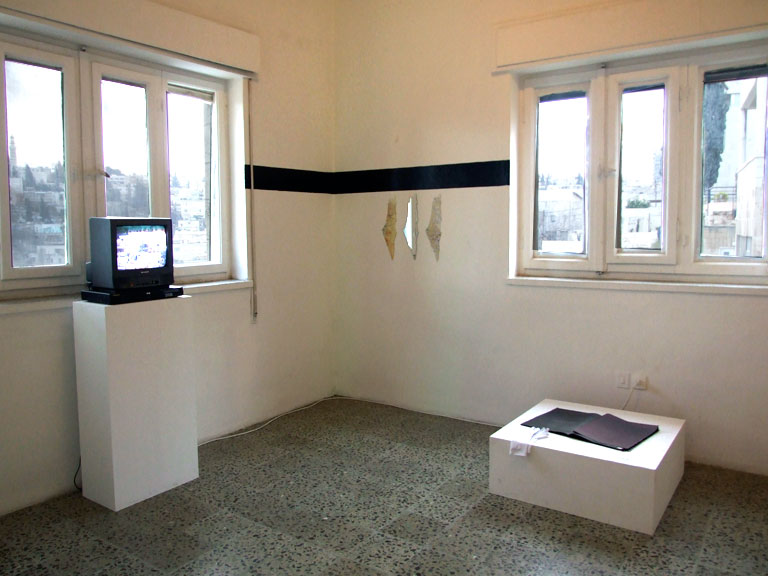 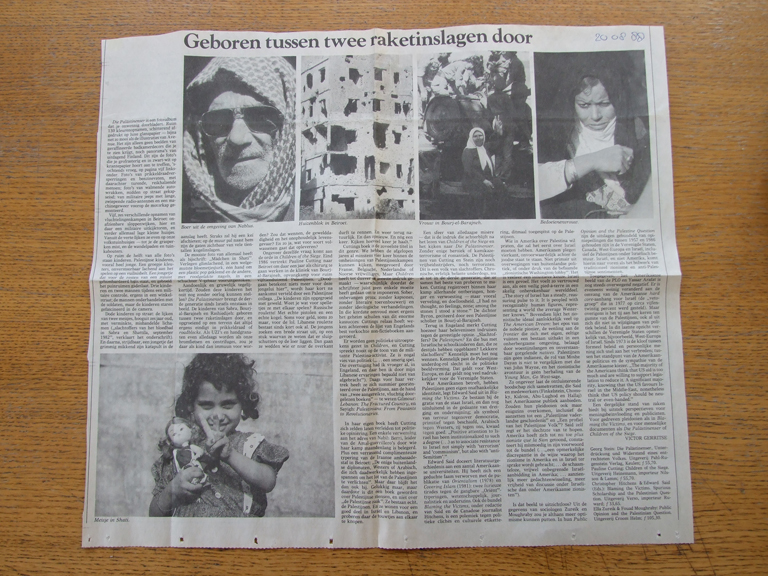 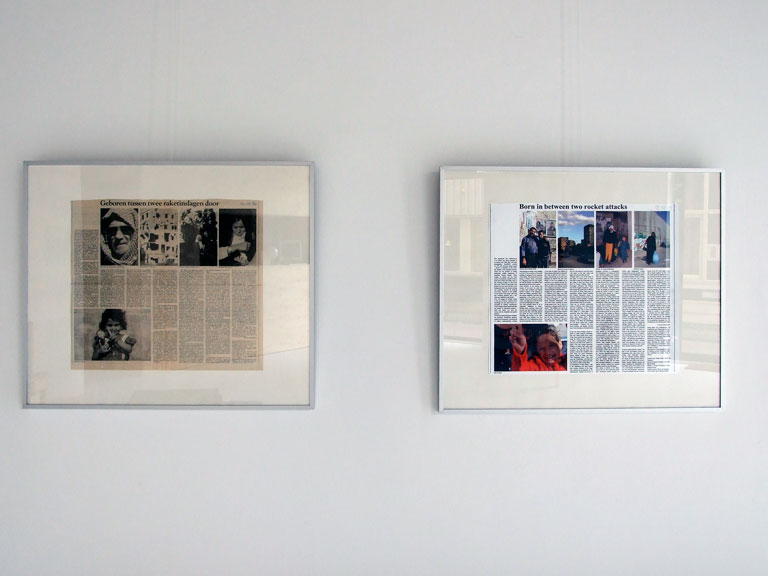