Bag Factory Artists' Studio in Johannesburg, South Africa invited me for an artist-in-residence from January 14 till April 4, 2010. The residence was made possible thanks to the kind support of the NAC, the National Arts Council of South Africa.

For the final show Losing Virginity I wanted to create a work in which the local spectators took part. After some research I decided to build a shebeen in the gallery space of the Bag Factory.
A shebeen is originally an illegal bar run by people, often women ('shebeen queens'), in townships, next to their homes. In the first phase I visited a lot of shebeens in Soweto and Johannesburg to see interiors, furniture, atmosphere and other details. Next to these more formal aspects I was struck by the enormous amount of shebeens, and by the fact that many South Africans are heavy drinkers.
I found, bought and borrowed materials for the shebeen: corrugated iron, wood, metal, chairs, a car seat, bricks, tables, lighting, photos with visitors, tin cans for ashtrays, a door, a fridge etc. Shime Senetla and Phli Legate have been helping me build the shebeen. I also want to thank Senzo Shabangu, Shime Senetla and Dion Azi for their advice; Stephen Reid of 2016 Architects; Adrian De Gouveia of shebeen Ama Gents; Mark Straw of the Weekend Culture Club; Musa of Pandora Lighting and Pitcho Carseats for the contribution of materials. And thanks to Gwydion Beynon, Petros Ghebrehiwot, Dolly Zwane and James French for their help.

Shebeen was operational for eight days and I organized three evenings of music, performance and video. March 24: Opening of the shebeen with a spoken word performance by Quaz, followed spontaneously by performances of Jeisie the Genius and Aviwe /// March 27: Kwaito music by DJ Mma Tseleng and 'umqombothi' (home made beer) made by Tshepo /// March 31: Presentation of the 24 videos of the Johannesburg City One Minutes. The audience inside the installation was pretty unbound. There were even a few scandals: drunkenness, a stolen wallet, slight racial tension. In Shebeen I had visitors that don't go to shebeens and people that do not attend art shows. 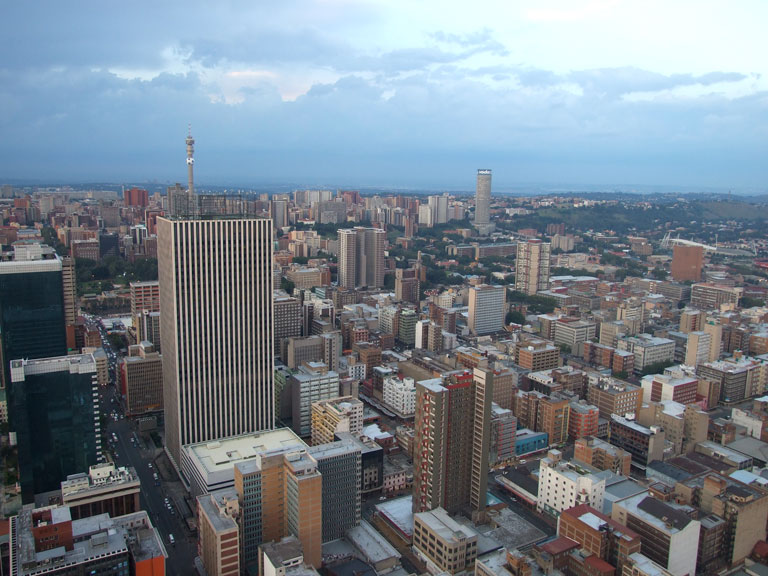 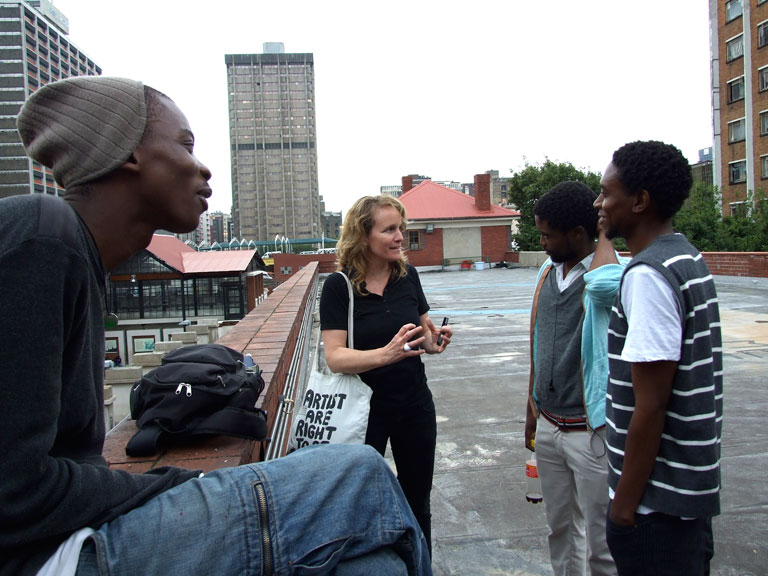 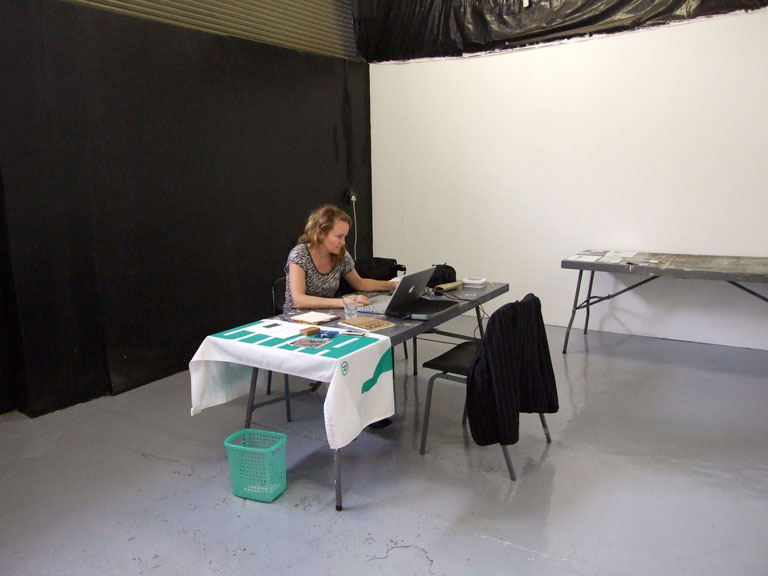 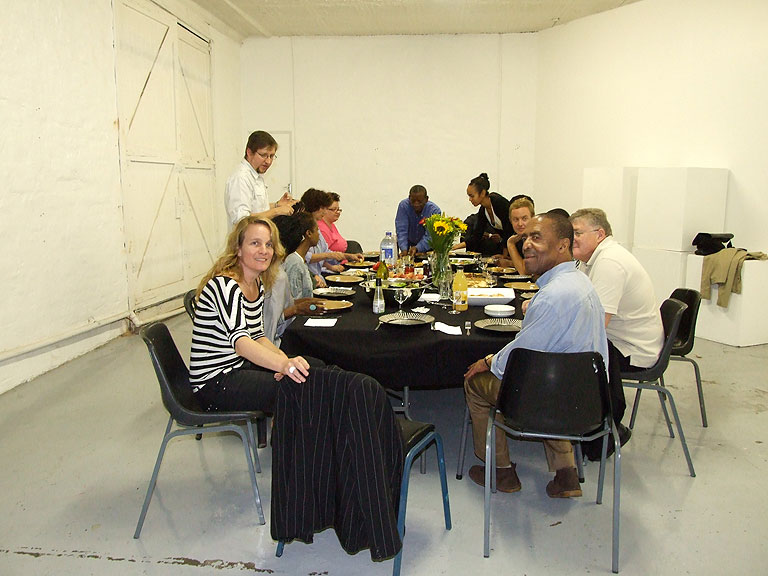 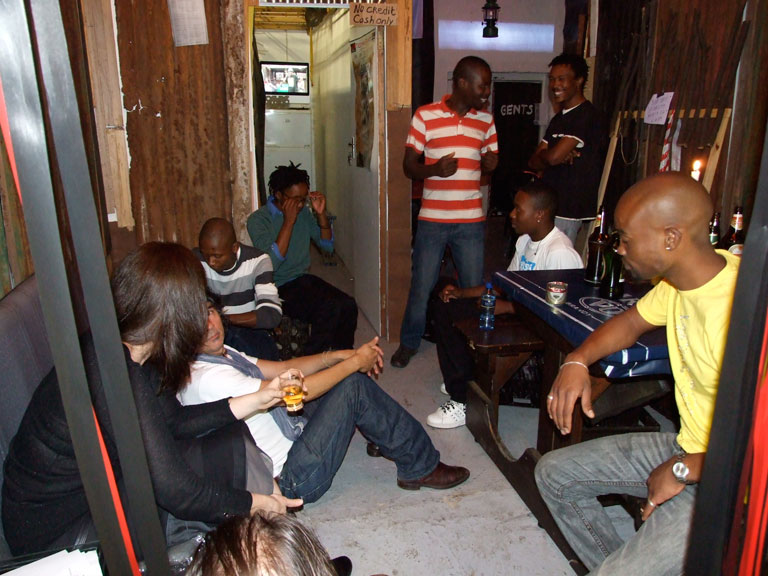 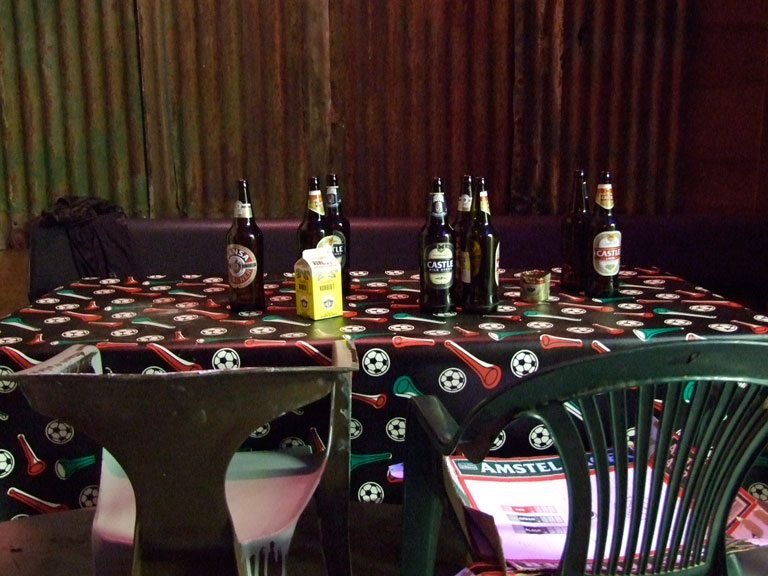 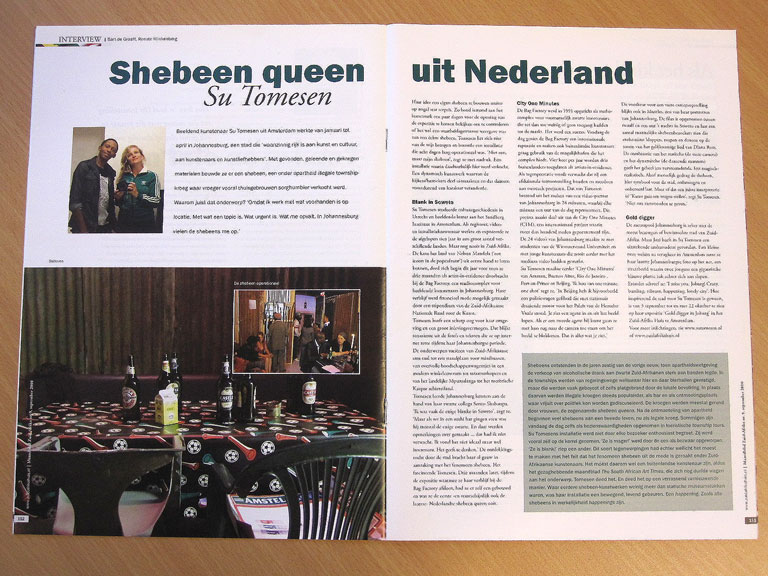