Police, filmed at Tienanmen square in Beijing, shows a stationary police car at dusk. The blue rotating lights on the car are operating. Slowly some, in first instance curious, policemen appear in the frame.

The video is part of a few DVD's released by The One Minutes foundation, was distributed by the Filmbank in Amsterdam and has been published on this blogspot. Police was nominated for an Award at The One Minutes Award Night 2008 in Paradiso by jury member Hansje van Etten from Holland Doc / VPRO. 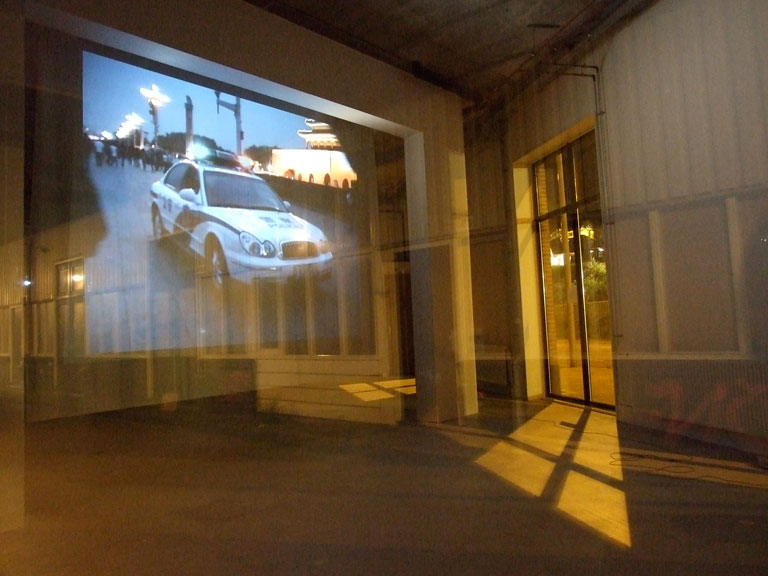 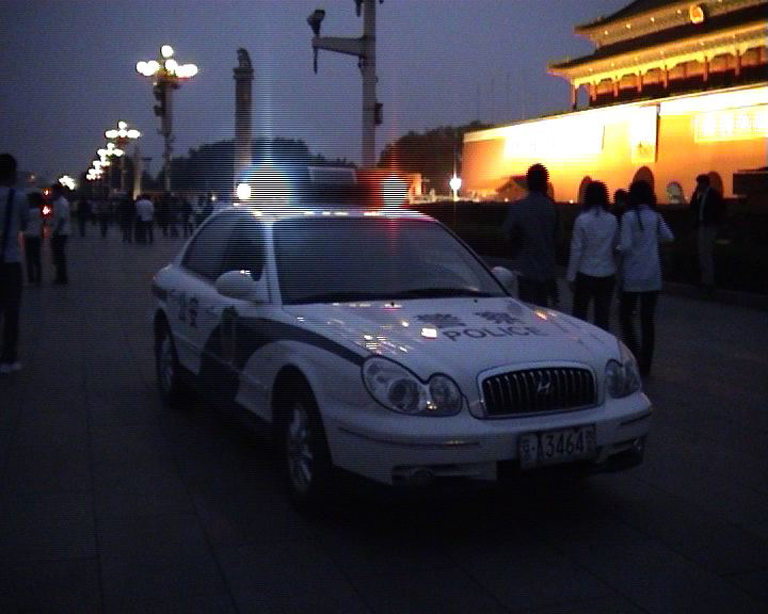 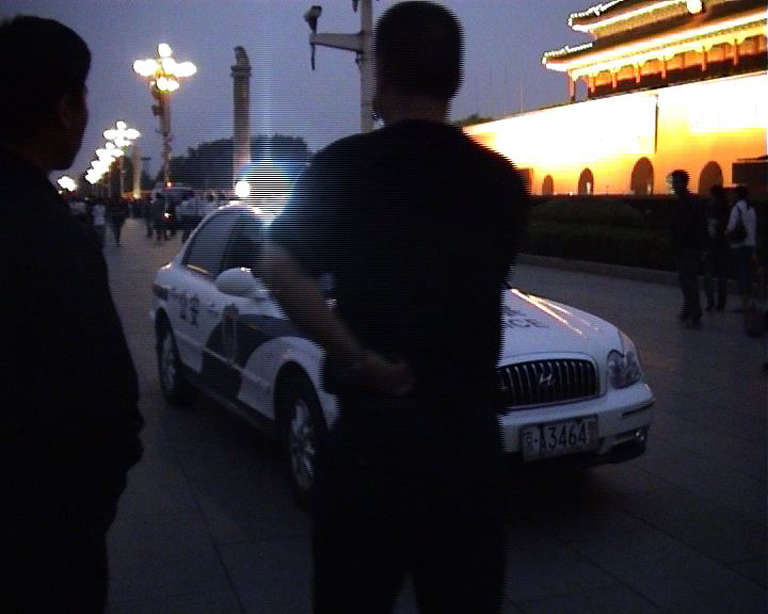