Jalan is a film about ingenuity, recycling and resourcefulness within the informal economy in the streets of Yogyakarta. The Indonesian word 'jalan' has many meanings: street, work, walk, method, means, behavior. All these meanings have a relation with the street sellers in the film. Improvisation, a talent for presenting the merchandize, and physical and mental flexibility characterize the traders and are necessary for making a living. Many sellers arrange their stalls or products in an inventive and remarkable way which are solutions of practical problems such as lack of space.  With the same inventiveness people use materials from their surroundings to generate income, one uses public space: sellers appropriate sidewalks on a daily base or go on the streets.
Jalan describes a fictional day. Stories about certain sellers and materials intermingle. Materials like old carton, worn tires, empty plastic cups and bottles are repaired, re-used, stripped, bundled. The film shows the transformations without explaining. The rhythm of the film is determined by the weather: the heat late morning and early afternoon, as well as the rain, slow down the editing. The audience slowly becomes aware of the appearances and disappearances in public space in Yogyakarta. Unintentional compositions, colors, forms and repetitive qualities remind of installations or performance art.
In 2015 I realized the film thanks to generous support of Amsterdams Fonds voor de Kunst and Tijlfonds / Cultuurfonds. The research was supported by Dutch Film Fund.  I wrote the filmplan with the help of fellow artists Richtje Reinsma and Karel Doing. The film was edited by Vava Stojadinovic; the soundtrack was composed by Charly van Rest. 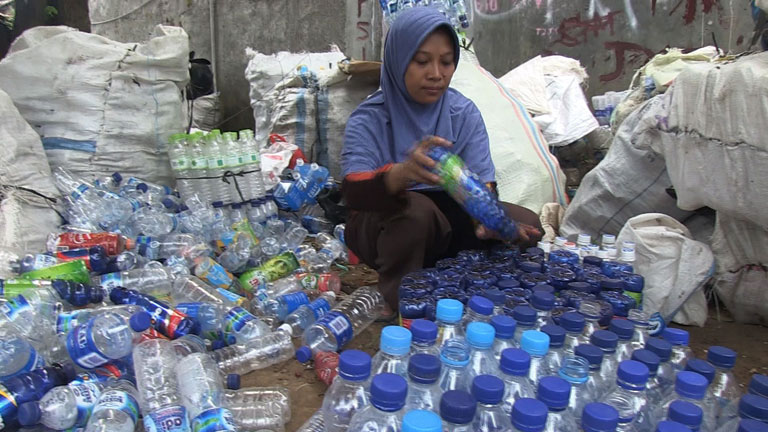 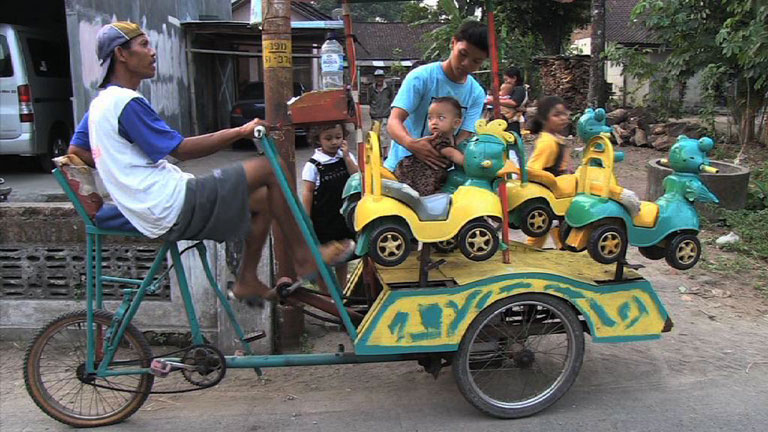 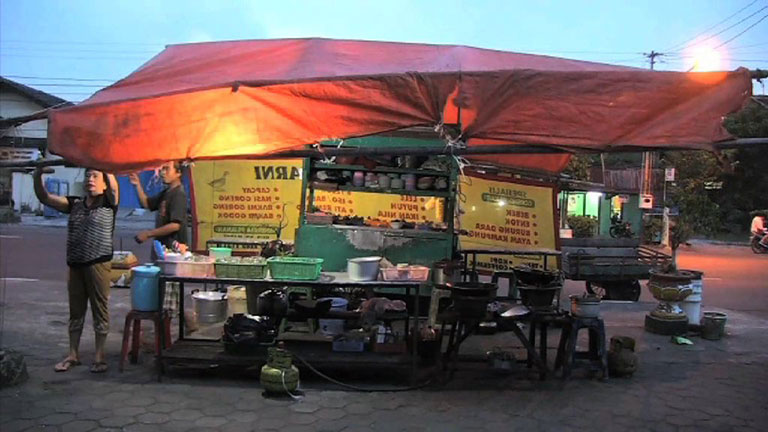 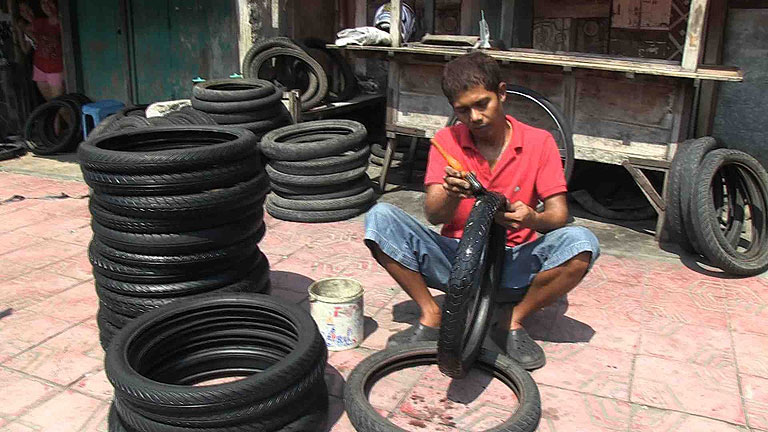 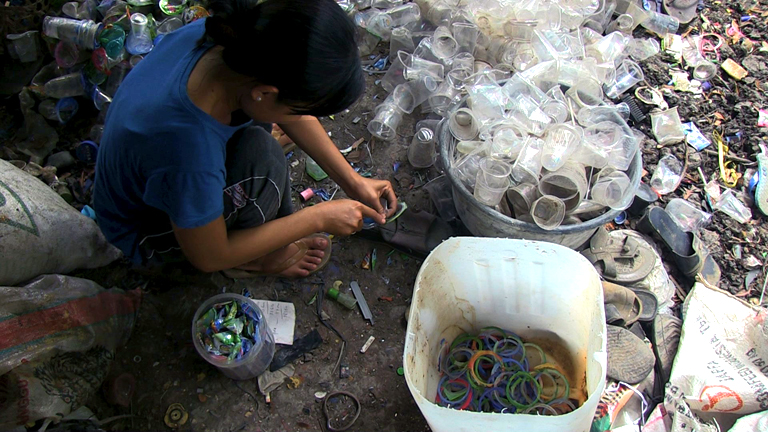 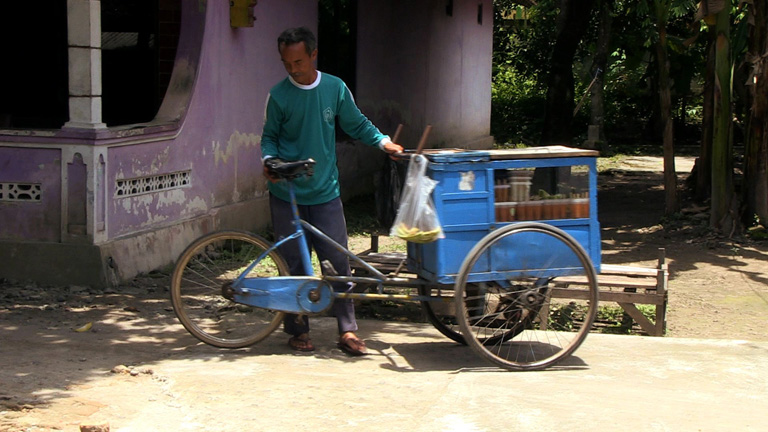 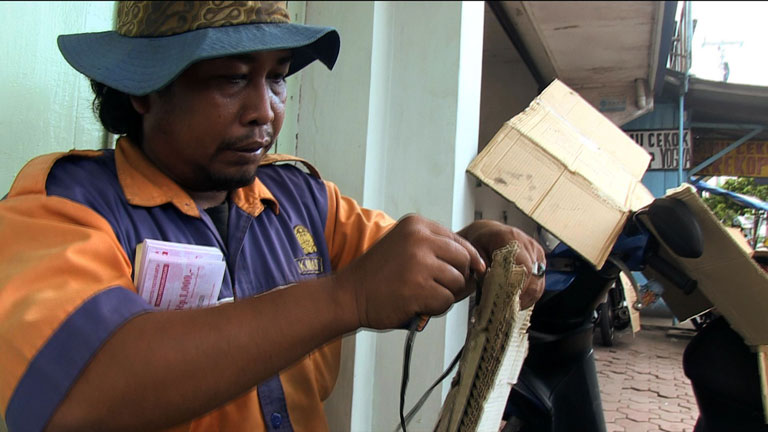 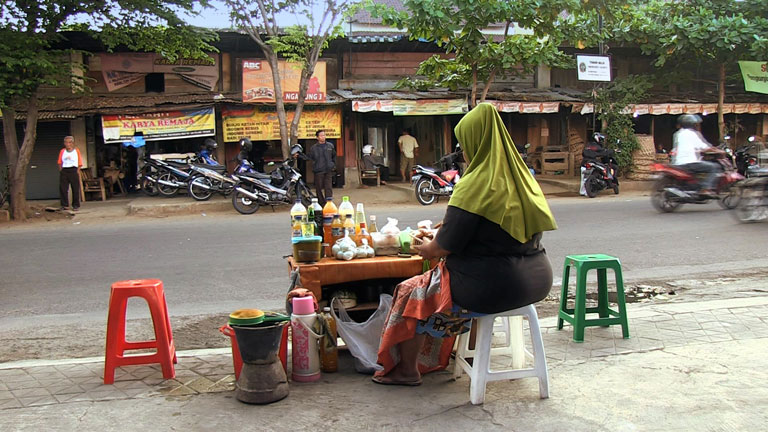 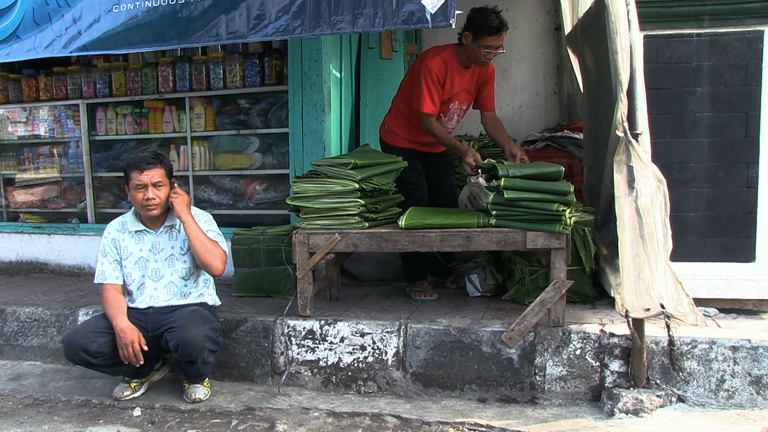 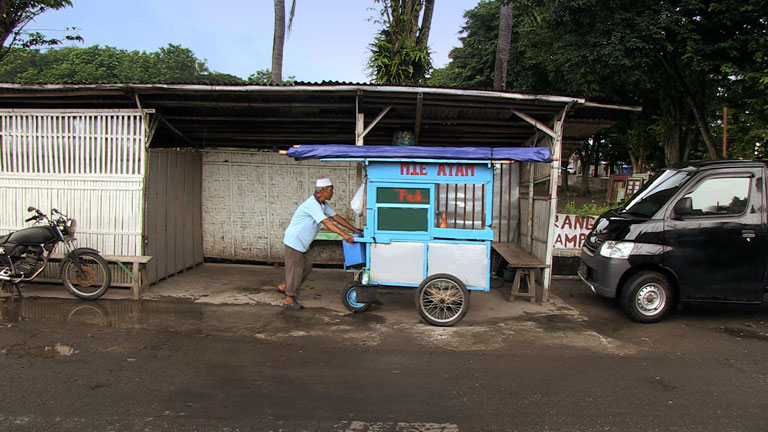 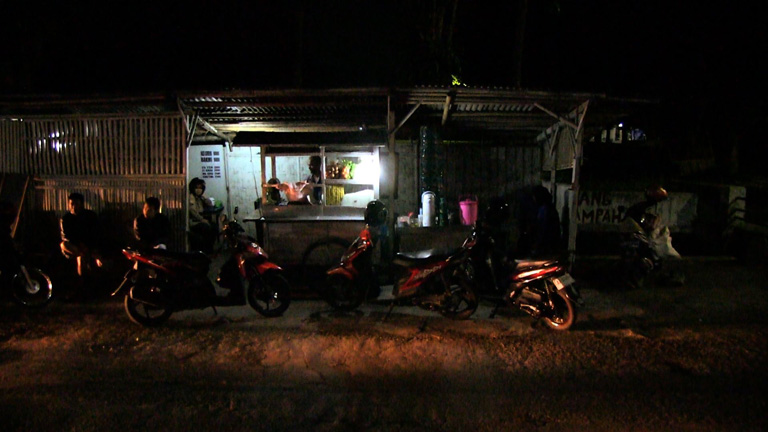 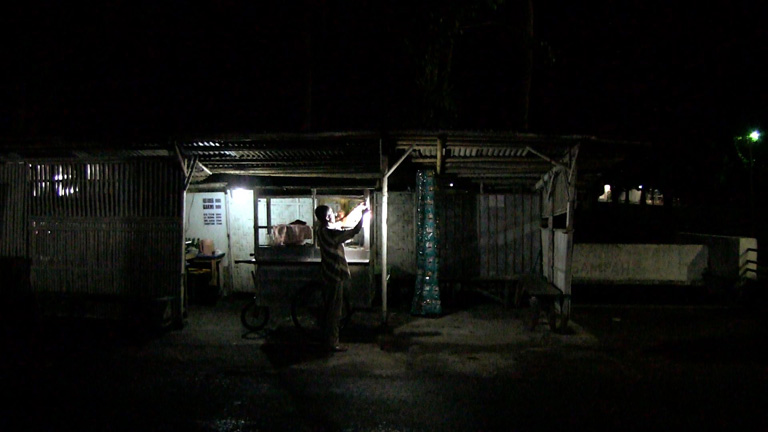