Rruga is the second film of the series about micro economy and resourcefulness in urban public space, and is set in the streets of Tirana, the capital of Albania in Southeastern Europe. Like the first film Jalan (2015) the Tirana episode describes a fictional day. Every day street stalls are being rebuilt and taken down, kiosks are opened and closed, vendors stroll the streets finding clients. Unintentional compositions, colors, forms and repetitive qualities remind of installations or performance art.
I researched and filmed Rruga during my artist-in-residence at the Tirana Institute of Contemporary Art (TICA) in May and June 2016. More information on my blog. The residency was supported by Mondriaan Fonds. Stefano Romano, the curator of TICA, assisted me in the research. Back in Amsterdam I edited Rruga myself, supervised by Vava Stojadinovic who edited Jalan. The soundtrack was composed by Erik Spanjers. 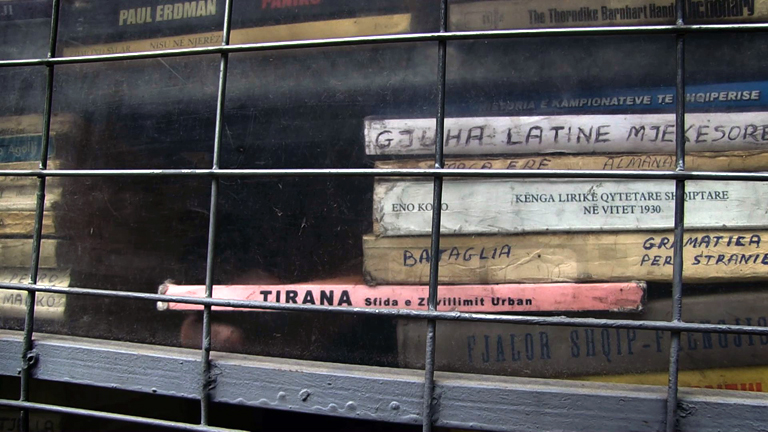 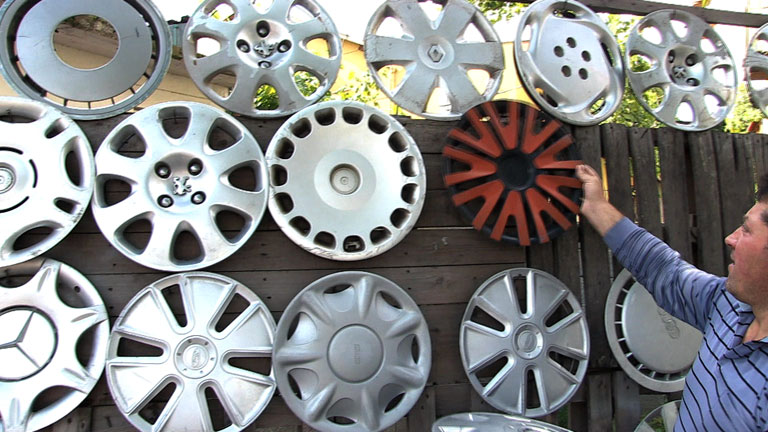 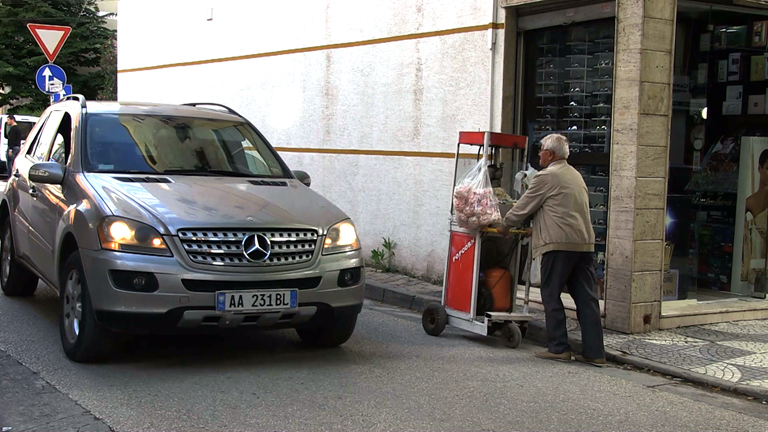 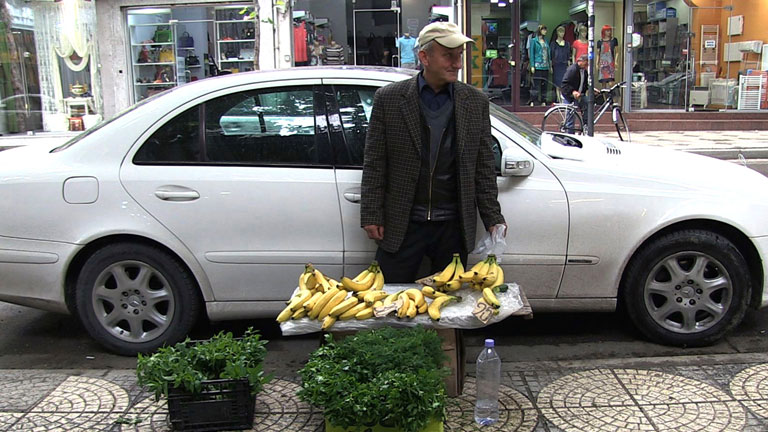 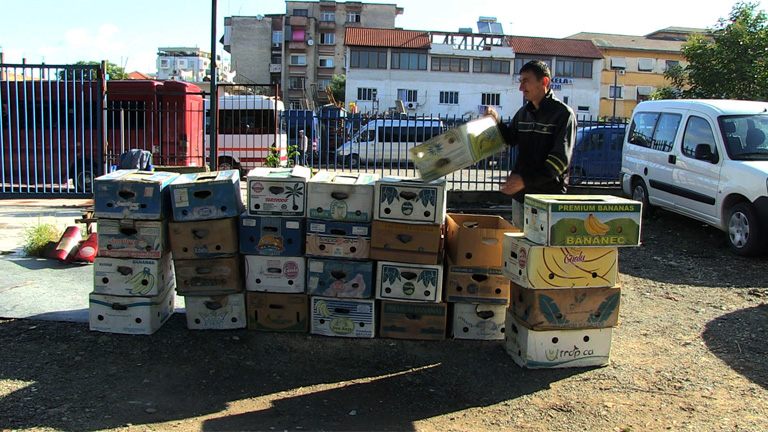 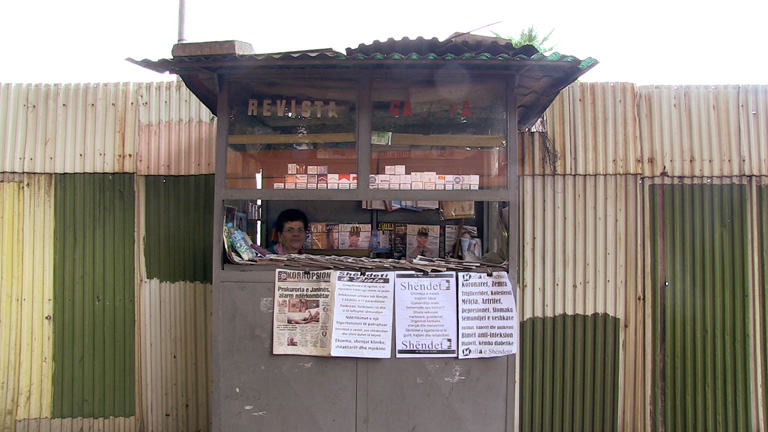 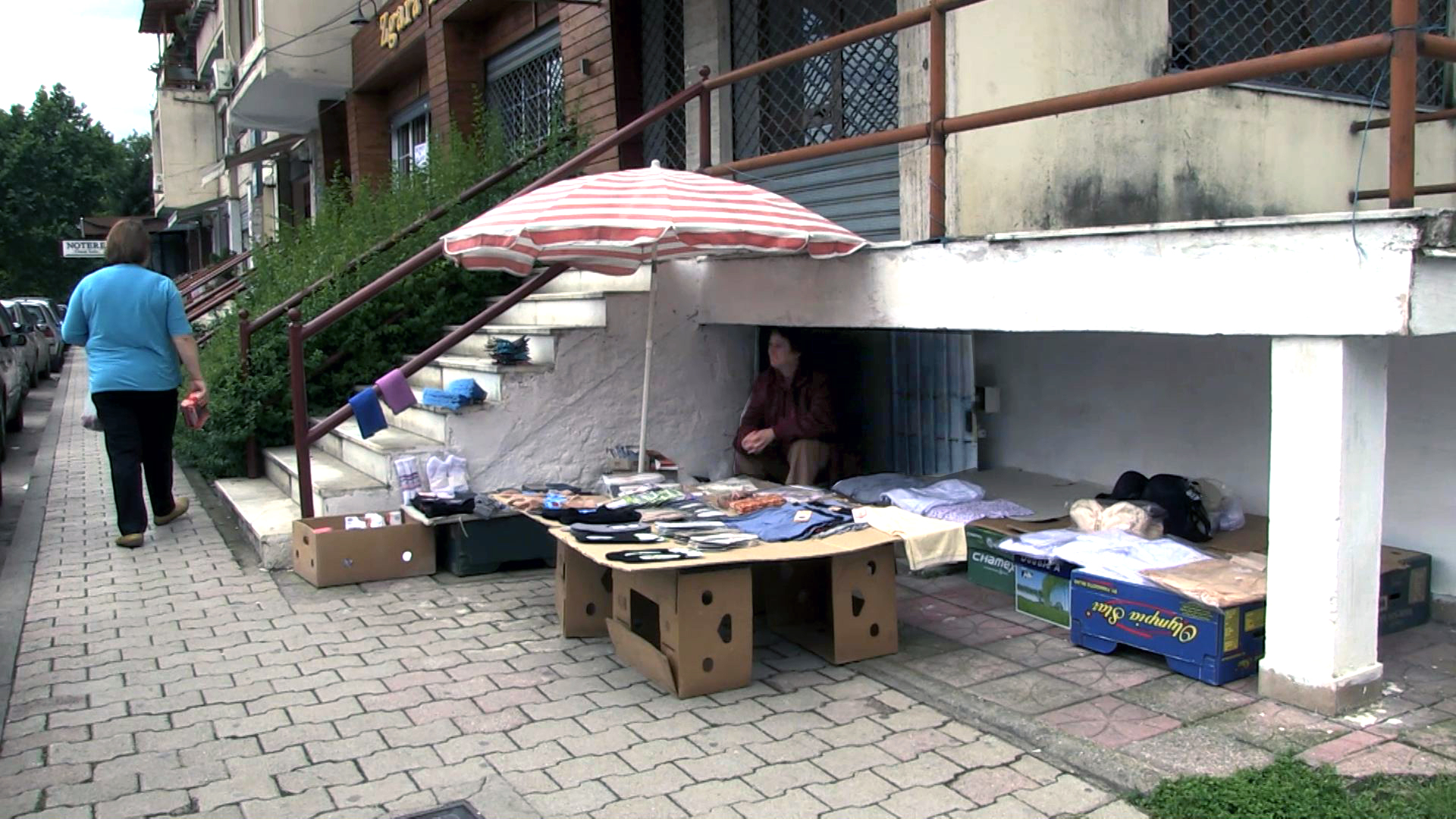 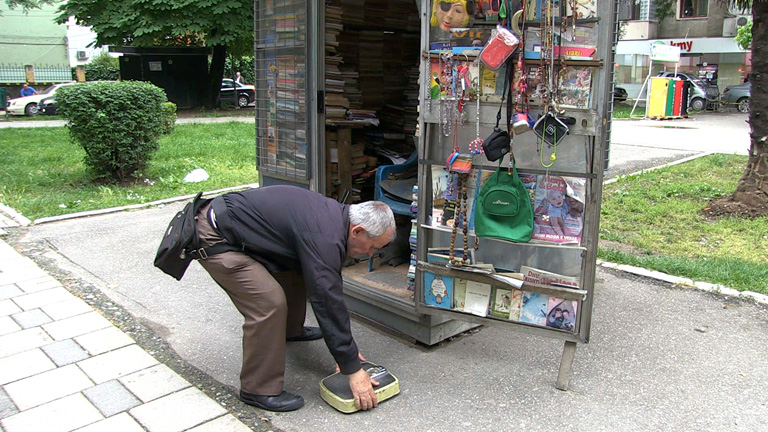 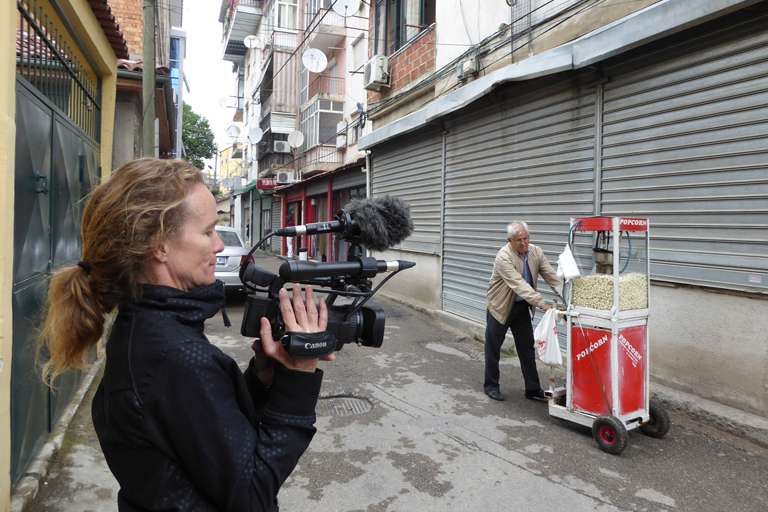 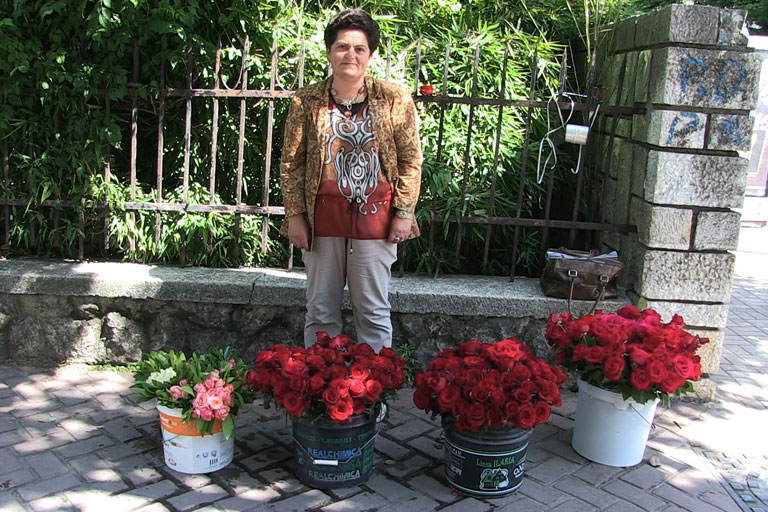